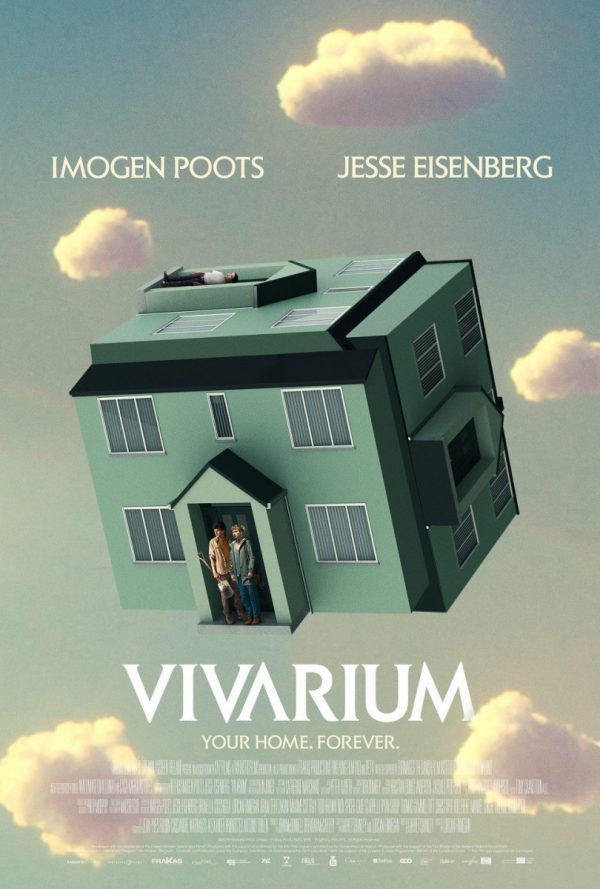 A young couple looking for the perfect home find themselves trapped in a mysterious labyrinth-like neighborhood of identical houses. 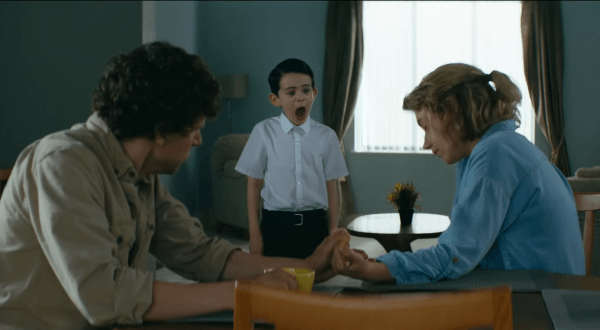 Maybe the American dream is a nightmare in disguise. That seems to be the point Vivarium (directed and co-written by Lorcan Finnegan) is eager to get across, succeeding with existential dread and black humor. It’s also a flat-out creepy and eerie experience filled with idiosyncratic ideas that both service the aforementioned thematic content and the film’s determination to never stop pushing boundaries into suburban bizarro world.

Vivarium is another one of those movies where I can’t in good conscience discuss much of the plot beyond the first 20 minutes for fear of ruining something. I would like to use the word “surprises” there, but Vivarium (Garrett Shanley also has a writing credit) isn’t so much fixated on plot points and exposition and revelations as it is expanding on its deep-seated contempt for the traditional lifestyle of settling down, purchasing a home, and raising a child. However, the film will certainly keep viewers on their toes and continuously catch them off-guard; there doesn’t need to be a big reveal to make any of this compelling considering how effectively the events that do transpire chip away at whatever happiness there is to be derived from such an initially idyllic environment. 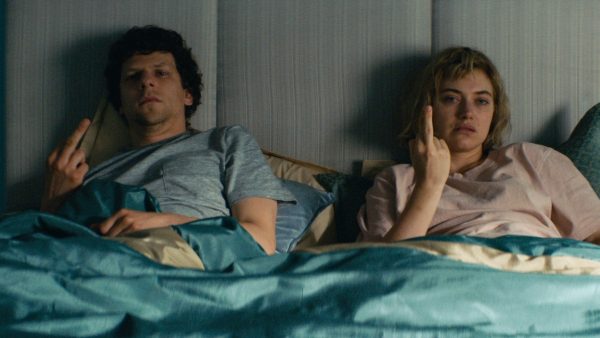 Imogen Poots and Jesse Eisenberg play Gemma and Tom respectively, a seemingly happy couple that are taking up words of encouragement on homeownership. Together, they decide to visit real estate offices for Yonder, which specializes in creating the ultimate gated suburban community. The houses are all equally spaced apart and painted with the same coating of mint-green, the area is warm and inviting, and it all has a pristine look. It doesn’t just all look artificial, it is artificial in terms of special effects, which is one of the film’s greatest assets in terms of pushing the eventual feeling of uneasiness and isolation.

Taken on a tour of the home by Martin (Jonathan Aris), Gemma and Tom are abruptly left high and dry while exploring the backyard. Accounting for how concerningly perfect this all seems to be (the salesman even has intentionally lifeless this dialogue alongside a matching wardrobe for that personality), how currently empty the community is, and the offputting vibes cemented by the fact that they just got ditched, the couple decide to hop back in their car and go home. Only, they can’t find the right path as the neighborhood has mysteriously morphed into a labyrinth apparently having no exit. 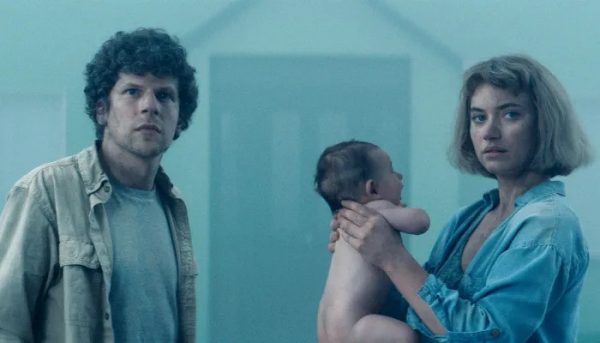 After doing everything possible to find some form of rescue, a baby in a cardboard box inexplicably shows up on their doorstep one morning. With no real choice, Gemma and Tom decide to raise the child while attempting to figure out what exactly is going on. This includes everything from Tom using his gardening equipment (a minor plot convenience that is forgivable factoring in what is accomplished with it) digging a hole in the grass while Gemma is the more nurturing of the two. Still, neither of them are exactly enthused about raising a young boy that shrieks like a pterodactyl and occasionally barks like a dog (yes, it’s fucking strange in the best possible way).

Some repetition does begin to set in during Vivarium, but that’s also pretty much the point in something difficult to gripe about (and it would be unfair to say boredom arises, as the central performances are both excellent). This is not a movie about uncovering some secret conspiracy or some greater nefarious doings, but it’s also not a predictable cabin fever movie about a couple fracturing over clearly not being ready to raise a child yet. Instead, it sticks in the mode of dismantling perceived joys of this chosen lifestyle, reaching a wonderfully trippy conclusion that is all at once confusing, life-draining, and darkly cynical. Vivarium is a reminder that those things we might want and everyone tells us we should aspire to achieve, maybe it’s for the best if life has other plans.