Ahsoka Tano’s journey into the underworld of Coruscant took a pretty interesting turn as she travelled offworld with Trace and Rafa on a big scheme hatched by the elder sister. For an episode that didn’t feature any action, ‘Deal No Deal’ was a strong outing for The Clone Wars thanks to its focus on the characters and the relationship between the sisters. 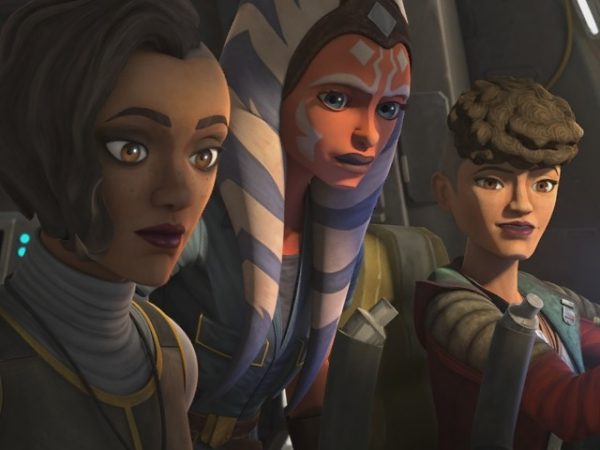 The strongest aspect to the latest episode was the relationships between Ahsoka, Trace and Rafa. Ahsoka and Trace’s friendship grew through fixing up Trace’s ship together or Ahsoka semi-defending Trace to Rafa. If it wasn’t clear in the previous episode, this one makes it more clear how innocent Trace is when it comes to Rafa’s lifestyle and dreams of joining Coruscant’s criminal elite (or at least whatever is highest in their section of 1313). It also became abundantly clear just how naive Trace is to certain things, not just Jedi business or the Clone Wars, but how to fly her ship as well the great pilots or believing the rulers of Kessel use mining droids instead of slave labour. Her naivety makes her more endearing and easy to root for, further highlighting the differences with her and Rafa and how she is not cut out for a criminal career.

Rafa didn’t get much screentime in ‘Gone With A Trace’, but she gets more than enough here as she actively took part in the story and butted heads with Ahsoka. Rafa has quickly become an interesting character thanks to her strong-willed personality and how her aspirations take precedence over anything else. While she obviously cares for her little sister, her idea of taking care of her leaves some room to be desired as the jobs she takes on are not only dangerous, but morally dubious as she tries moving up from gambling to spice running. Her own naivety is exposed too as she she doesn’t quite realize the dangers of the people she’s dealing with and views them as a necessary, but relatively harmless, part of her rising career. In fact, she views Ahsoka’s friendship with Trace more of a threat than nearly everything else she’s doing. 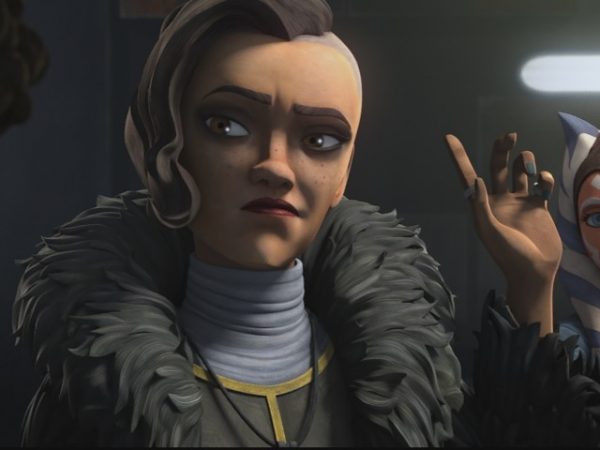 As for Ahsoka, her transitional period into civilian life still isn’t going too smoothly. With her previous experience as a Jedi and witnessing how the Clone Wars have affected the galaxy, learning how little Trace and Rafa know about the war or much else about the galaxy beyond the confines of their home is a pretty big shock to her and one that is played well. Her worldview continues to be challenged not just through how people perceive the war, but her own assumptions. When Rafa didn’t tell trace about the job initially, Ahsoka assumed she was just being a bad big sister by not having faith in Trace’s abilities, but she got a bit of a lesson when Trace revealed she has never left Coruscant much less flown a ship on her own. It still struck the core of her character though that despite her misgivings with Rafa’s criminal desires, she would stick along for the job to ensure their safety and even tried getting Rafa to do the morally right thing with the spice they collected.

The character work between the three leads was the most impressive factor and the chemistry between Ashley Eckstein, Brigitte Kali and Elizabeth Rodriguez made their discussions earned and believable. The animation was also a great, particularly with the many aerial shots as the trio flew in Trace’s ship and the various locations they visited. From the underground of Coruscant, the lush homes and spice mines of Kessel, there was a ton of locations here and each one looked amazingly animated. And while there was no action, the story was still intriguing due to the characters and themes explored, including a nice and near shot-for-shot callback to Return of the Jedi while Ahsoka left Coruscant, flipping the feeling of tension from the film’s scene to one that is heartfelt. 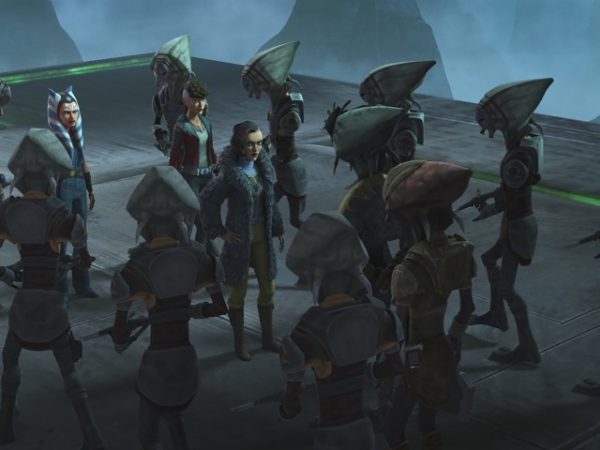 ‘Deal No Deal’ may not be an action packed instalment to The Clone Wars’ final season, but that doesn’t matter because of how well the insight into Ahsoka, Trace and Rafa is. They make a strong trio with clashing personalities that make their discussions (and arguments) entertaining and compelling. The story is good and leaves on a captivating hook while the animation delivers a lot of varied and great visuals. Ahsoka’s time outside the Jedi Order is thankfully living up to its potential.