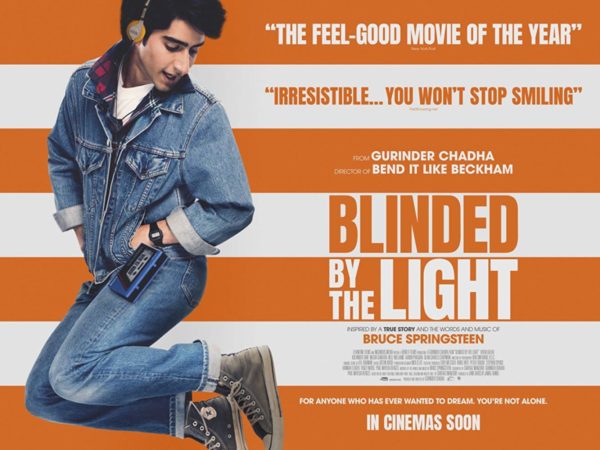 As the Western world begins to face up to self isolation and a barrage of media and social media induced panic, now is a good time to consider some cinematic escape. With so much choice at your disposal there are ample films to watch and entertain. Since there’s a lot of worry at the moment, perhaps avoid contagion themed films or anything apocalypse related, unless you’re a glutton for psychologically tormenting yourself. How about some feel good films?

Here’s a little curated selection of feel good films I can recommend, and most of which will be mainstream enough to find easily:

Blinded By The Light 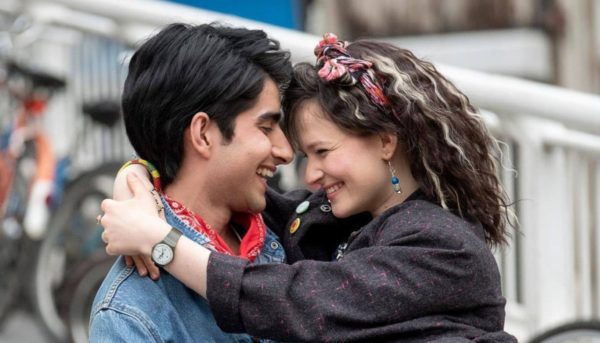 A recent film that followed in a recent surge of soundtrack themed movies like Bohemian Rhapsody and Rocketman was Blinded by the Light. Whilst this doesn’t opt for stylised bio of the musician in question, it is still based on the true story of a young Pakistani man (A fictionalised version of screenwriter Sarfraz Manzoor, played by Viveik Kalra), aspiring to be a writer who is frustrated by life in 1980’s Luton (in England). He has his cultural upbringing to contend with, as well as a swelling tide of Neo-Nazi racists which plague the town. It is in the music of Bruce Springsteen where he finds a connection and the Boss’s music speaks to him.

Like all good feel good films, the key is in putting our protagonist through the grinder somewhat, before leading us to a hopeful and inspiring ending. Gurindha Chadha does ‘feel good’ with aplomb, whether it’s Bend it Like Beckham or Bride and Prejudice. Blinded by The Light might not offer anything particularly fresh, but with an excellent soundtrack (loaded with not just prime Springsteen cuts but a nice selection of other 80’s hits) some nice performances and an expertly delivered mixture of drama, pathos and uplifting joy, it’s a film that you’ll be hard pressed not to finish with a smile on your face. 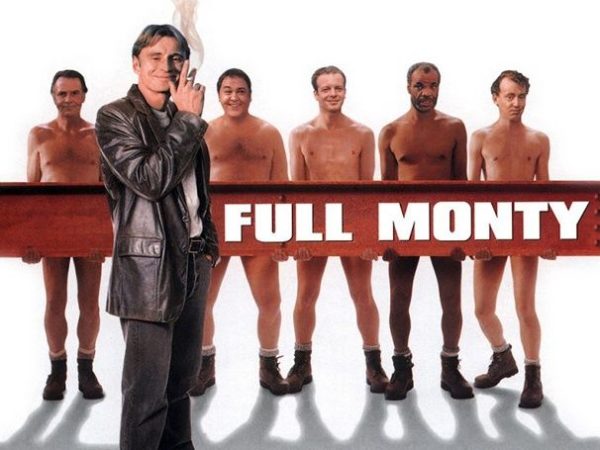 It was a phenomenon when it came out, and ever since it has stood as a bench mark for working class feel good, underdog cinema. Even now, many a British film is dubbed ‘the new Full Monty.’ Much like Blinded By The Light which showcased Luton, Sheffield as a focal point in cinema is rare, and particularly outside of the UK, an area that doesn’t get the kind of attention other UK towns and Cities have had. The setting has real personality.

The film is set in the mid 90’s. The end of a conservative reign, an area still recovering from Thatcher’s reign throughout the 80’s. It’s a place of high unemployment and hopelessness. It seems almost quaint in this day and age that the whole film sees an unemployed former steel worker spending the film chasing a thousand pounds. A temporary reprieve from hopelessness as he and his unemployed cohorts look to become strippers for a one off show. There’s a great cast, headed brilliantly by Robert Carlyle, in a film with a great soundtrack and leading to a heart-warming climax. It’s hilarious, fun, heart-felt, prescient and beautifully acted. 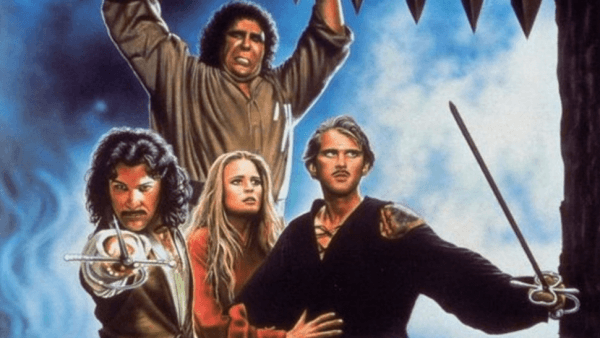 Just…The Princess Bride…do I need to say more? Okay, well this comical riff on fairy-tale adventures sees Peter Falk telling his grandson (Fred Savage) a bed-time story (again…). As he tells it, the story plays out for us with Cary Elwes as Westley a farm boy turned Pirate, seeking to rescue his beloved Princess Buttercup (Robin Wright) from marrying a weazily and corrupt Prince (Chris Sarandon). Along the way Westley is joined by Inigo Montaya (Mandy Patinkin) and Fezzick (Andre The Giant).

Whilst this wryly sends up the Prince and Princesses fantasy adventure story brilliantly, it does so by making a really engaging and enjoyable fantasy adventure story. It’s a wry tease and love letter all in one. I think this is an element that many satires or spoofs can often miss out. Shaun Of The Dead for example, sent up the Zombie genre brilliantly, but whilst simultaneously making a great zombie film. The Princess Bride is just about one of the most enjoyable films to watch you’ll ever see with it’s mix of genuine poignancy, thrilling action, hilarious comedy and an eclectic cast who are all magnificent. 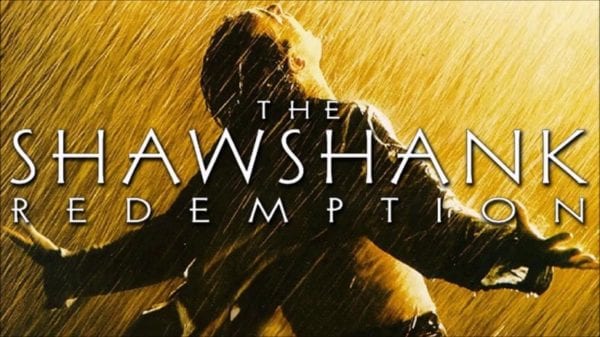 Okay… it’s a film that will beat you down before coming to its uplifting conclusion but it’s also a wonderful example of cinema. The film didn’t seem to catch on initially and will forever be a point of contention for having been overlooked at the Oscars in favour of Forrest Gump, but as time has shown, this film will be timeless.

Whilst it’s currently perched as the highest rated film on IMDB, I wouldn’t go quite so far as to call it the greatest film ever made, but it’s very effective at pulling the right strings in the right places (whereas say Frank Darabont’s latter film, The Green Mile, pushed into maudlin territory a little more). 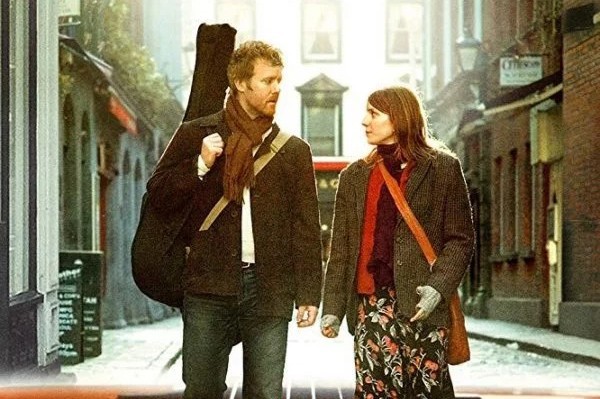 Back with a musical theme once again, this charming little Irish indie film sees a couple of street musicians form a bond (both musically and personally). It’s a bittersweet and effortlessly charming film that doesn’t build to the expected conclusion (at least not entirely).

The two leads, Glen Hansard and Marketa Iglova (who was only 17 at the time) are both fantastic, incredibly natural, and as both real musicians give the music (and indeed the film) a lot of authenticity. It’s a beautiful little film with a great soundtrack. Writer/Director John Carney has a lot of his own life in the films story, and combined with the respective musical experience of his principal cast, the film just feels heartfelt and genuine. 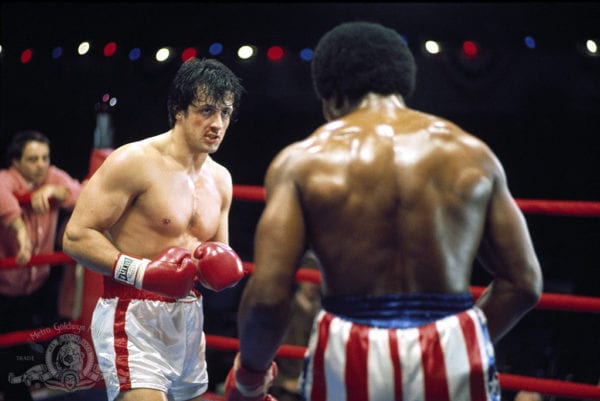 The ultimate underdog story. Sly Stallone’s own infamous battle to get this film made, with himself attached in the lead is now well documented. That only adds to Rocky’s allure and the Stallion himself as a character has consistently been one we want to succeed. Stallone’s charm and charisma is in full flow, injecting plenty of himself into Balboa’s battle to go the distance with Apollo Creed (a kind of fictional riff on Ali, played with mercurial swagger by Carl Weathers).

Rocky’s journey through fist pumping and enjoyable sequels have almost all been engaging (bar the 5th instalment) and his appearances in the two Creed films also offered Sly plenty of nice character arcs, but the original remains the best, and the most engaging element is the unconventional relationship between Balboa and Adrian (wonderfully played by Talia Shire). In a decade of dark cinema, and in a year where this faced off with Taxi Driver and Network, Rocky’s story of hope and underdog will to succeed won the Best Picture Oscar and in no small part contributed to a cinematic about turn with the rise of blockbusters and more optimistic cinema (after a decade plus of pessimist driven films). 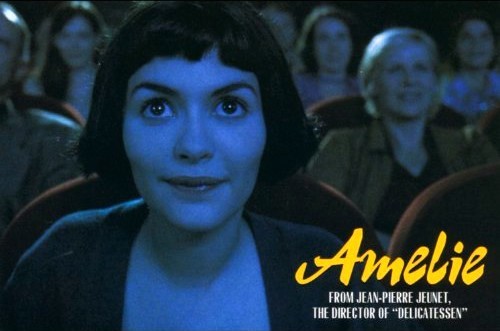 They say read more whilst you’re in isolation. Unless you’re a French speaker with no need for subtitles, this will give you an option to read. Amelie took the world by storm in 2001. Jean-Pierre Jeunet was already renowned for his work in France with Delicatessen and City of The Lost Children. A wonderful visual eye and sense of quirky humour (I guess in some ways, mirroring Tim Burton).

Amelie sees the reclusive titular character (Audrey Tautou) taking it upon herself to secretly impact the lives of others, all whilst dreaming of romance coming into her own life. Masses of visual whimsy, beautiful cinematography, characters and a magnificent score make Amelie a film which is so easy to watch and has aged like a fine wine. This is the kind of film you fall in love with.

Okay, not a single film, but Netflix has just snagged the studios works and it’s a goldmine of wonderfully animated and impossibly imaginative films. You could watch just about any of them. Spirited Away has become the most iconic, and the one which really began a wide western appreciation of Studio Ghibli’s work (it had a largely cult following prior). Now the studio is fairly mainstream even in the west.

Grave of the Fireflies aside, you’ll struggle not to find a film that’s delightful, whether it’s Spirited Away, or Princess Mononoke, Laputa: The Castle in the Sky, My Neighbour Totoro or Howl’s Moving Castle (and okay… basically everything else, particularly if helmed by Ghibli co-founder Hayao Miyazaki). So much of the wonder comes from wondering just how they conjured the ideas and realised them so magically.

Those will keep you amused for now. Any recommendations for feel good films? Let us know in the comments below or on Twitter @flickeringmyth…