Jessie Robertson reviews the fifteenth episode of The Flash season 6…

We now (kind of) understand why Nash has been seeing all the visions of these other Wells this season….. 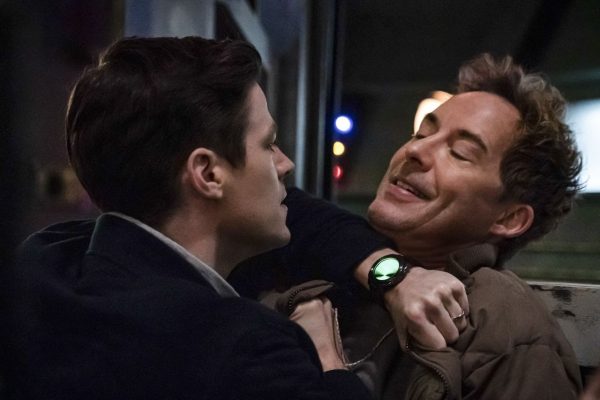 Tonight’s Flash weaved through multiple storylines with tons and tons of plot points happening all over the place and probably had the least amount of speedster running we’ve ever seen in an episode. Above we see the newest Mirror recruit in Kamilla (her real self- whereabouts unknown) as Eva gives the replicas a mission: to steal the Prismatic Refractor from Mercury Labs. As they attempt it, our villain of the week (another Carver hired light assassin), Sunshine shows up to do the deed before them. Kamilla freaks out but Iris stays calm and says she’ll let the Flash do the work. Problem is, he’s on restricted duty thanks to Cisco’s speed gauge, which shows how much Speed powers he’s using by colors on the watch- as Caitlin says, Red is obviously bad. In a season loaded with callbacks, Barry juices up with Velocity X- but his body rejects it and it hurts him and Sunshine escapes but not before re-aggravating Caitlin’s light bullet wound from Dr. Light a few weeks earlier. Whew. Exhausted yet? But, the story is strongly woven together! 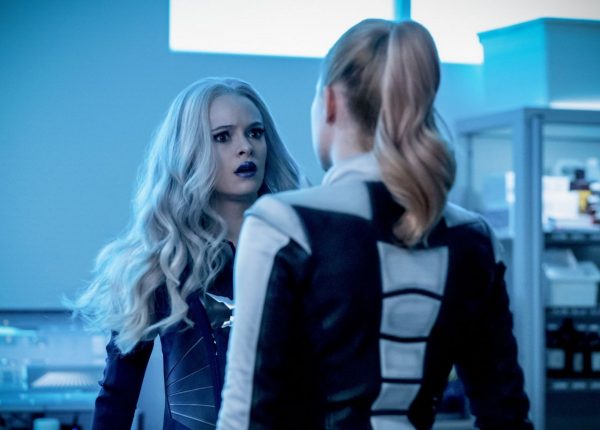 Sunshine is actually apprehended about 30 minutes thanks to Iris’ advice that “Metas are the ones with limits” which doesn’t really add up when you do the math; it does inspire Barry to plan ahead and use blocking the sunlight to hone in on her weakness and arrest her. The real crux of the episode comes from saving Nash’s mind from Thawne, which come to find out, all the Wells from all other Earths now live in Nash’s brainwaves. But, only one of them (that we know of) is a psychopathic murderer so that’s the one they need to purge. Cisco uses another machine to push positive tachyons into Nash to combat Thawne’s negative tachyons and brings Cecile in for psychic backup. Which, BTW, have I mentioned how much I love Cecile lately? She brought a wooden stake, garlic and a Ouija Board to this exorcism! Which the game board came in handy when she whacked Thawne in the head with it! 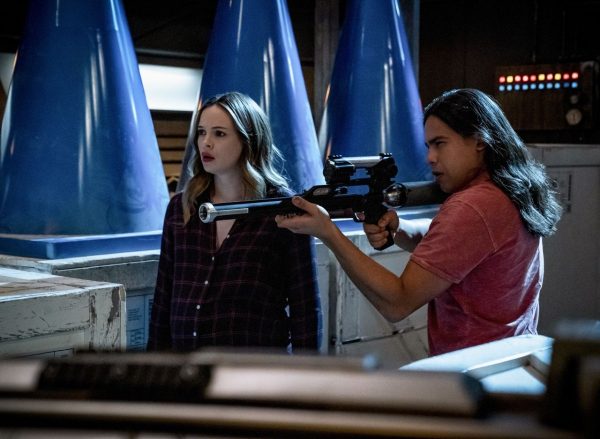 An abbreviated jaunt through Nash’s past shows how he knew the Allegra doppleganger and it’s both sides heartwarming and tragic; he basically adopts her as she has no parents and teaches her his mythbusting lifestyle which ends up leading to her death. Imagine the guilt?! Thawne feeds off of that until Cisco and Barry enter Nash’s brainwaves and both connect with him and keep Thawne at bay. It’s sciency and confusing but written and played as well as you could do it.

There’s loads other stuff too thrown in, like Barry and Caitlin coming to a disagreement, Joe pushing the Carver case to the chief of police Singh and Iris and Kamilla retrieving the Refractor for Eva. Flash never disappoints in action. 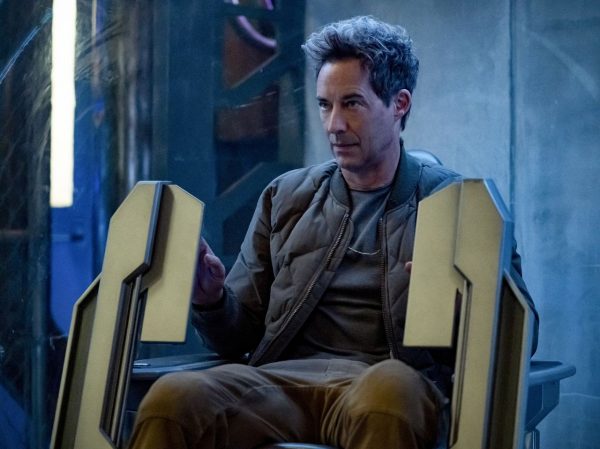 8/10- another very solid and packed episode that I can tell is furthering the story without burning out the big bad (whoever that is) all season long. This has been one of the most (if not THE) smooth rides of storytelling the Flash has ever had.