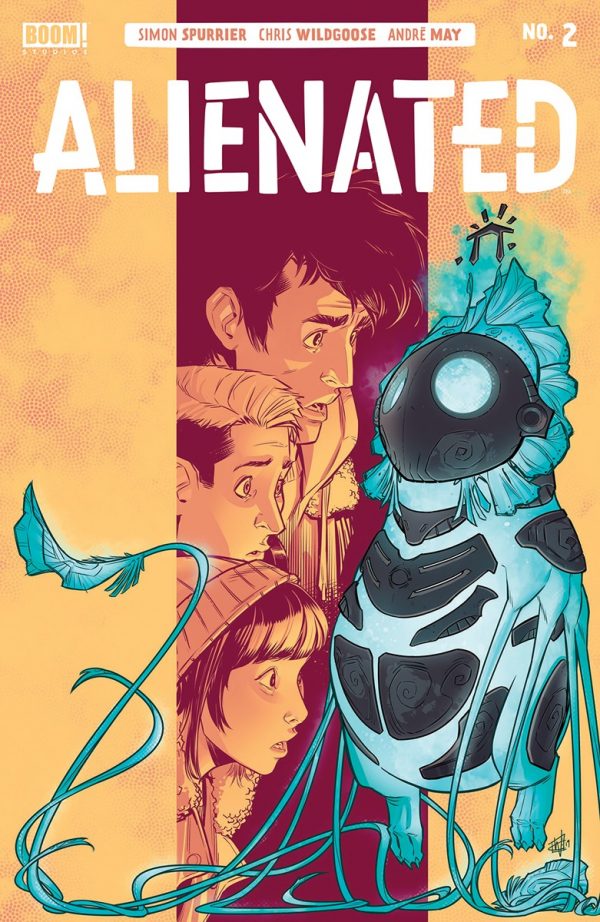 The story of Alienated appears to be another interesting double meaning – not just the story of social segregation but also alien element to the story. This deep and charming tale is focused around the lives of three kids called Sam (Samir, Samuel and Samatha), each is a different kind of social outcast. Through a series of ….. unexpected events (lets avoid copyright here kids) they develop an alien bond that links them together, literally.

The first issue was about the three coming to grips with their new found link, and the second issue takes place a few days later and the kids have learned how to develop their skills and how to use its source, an alien called Chip. The three have decided to lean into their powers rather than just shy away from it all, and they are going to tackle the social injustices that they come across.

The biggest issue is that there is now a dark shadow over their heads, a local bully has now gone missing and the Sam’s (yes that is what I am going to refer to them as collectively) are the only people that know the true nature of the bully Luke’s disappearance.

The way in which the individuals look at their social status in this series is an extremely mature theme. The way in which they refer to their situations is that meta-grown up way of thinking, the one in which you spout drivel to make yourself seem far more windswept and interesting than you actually are.

I find this actually very funny to read as an older reader, and I am sure I can link the characters back to at least a few people from my teen years. Alienated is genuinely a great read and I am very much invested in where this story goes next.