Some neighbors aren’t quite what they seem, and in the case of IFC Midnight’s new horror/thriller The Wretched, they might even be a thousand-year-old witch. The film’s official synopsis reads: Following his parents’ separation, a rebellious teenage boy, Ben, is sent to live with his father for the summer and work at the local marina in order to gain some form of discipline. The idyllic tourist town offers little solace for him, however, as he is forced to deal with the local, privileged teens and his father’s new girlfriend. Ben’s problems grow increasingly disturbing when he makes a chilling discovery about the family renting the house next door. A malevolent spirit from the woods has taken ahold of the parents and starts playing a sinister game of house, preying upon the children and wiping away any trace of their existence. Ben’s suspicions of the supernatural horrors go unheeded and he launches a perilous crusade in order to put an end to the skin-walking witch’s reign of terror. Chilling and suspenseful, The Wretched offers a modern update to the retro young hero’s mission like that of The Goonies, and promises to make viewers wary of every dark corner they encounter after witnessing its terrifying tale. 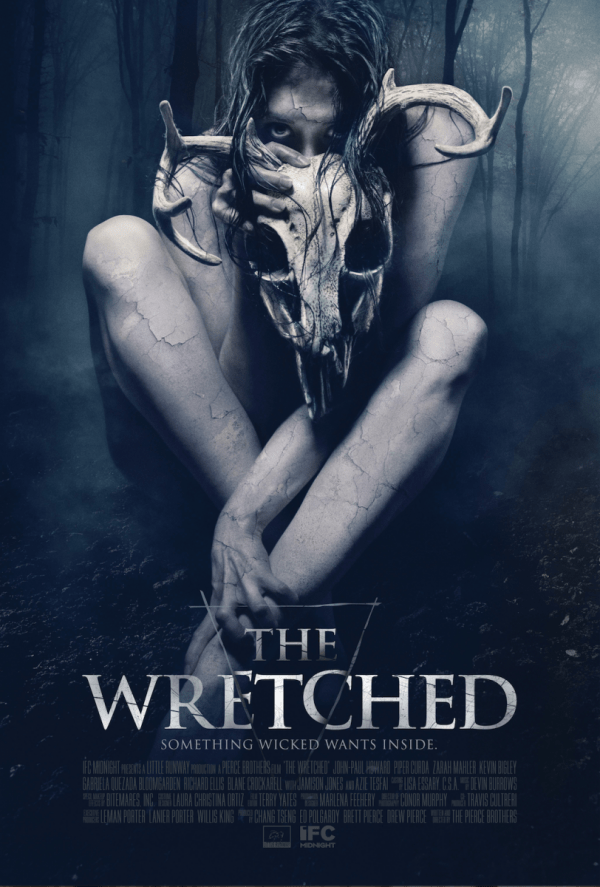 Adding to the hair-raising tale is the original score by composer Devin Burrows, whom previously collaborated with the film’s directors, Brett Pierce & Drew T. Pierce, on Deadheads. Burrows does a fantastic job of intensifying the scares, while at the same time heightening the emotional connections the viewer feels for the characters (Even the witch). To learn more about how the score was created, we spoke to Burrows below in this exclusive interview.

How did you get involved with The Wretched? What initially drew you to the project?

The directors, Brett and Drew Pierce, and I collaborated previously on a feature Deadheads and that project went really well. I treasure working with them, they’re super talented; we have similar sensibilities about film. I’m drawn to genre films of all kinds and The Wretched is a special kind of psychological thriller with solid character development and some divinely hair-raising twists; I was delighted to write the score.

Terrifyingly heart-pounding and viscerally enchanting! I’ve always been drawn to music that creates and releases tension and The Wretched was an opportunity to draw from influences like Bernard Herrmann and modern classical composers like Prokofiev and Stravinsky. It’s not for the faint of heart! It is diverse in tone. There are a few tracks that are less spine-chilling and should not induce cardiac arrest. 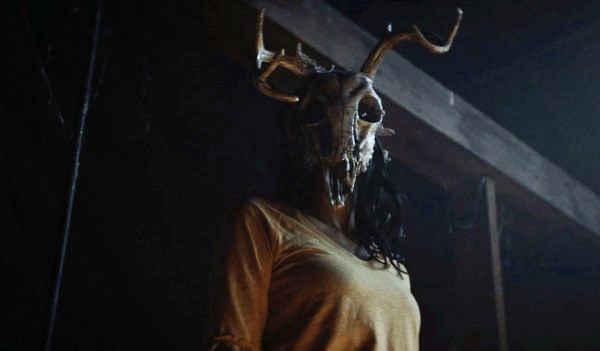 Did you create specific themes for the different characters in The Wretched? If so, did you have a favorite character to score?

There are many themes in The Wretched! The directors are big fans of thematic film scores like Psycho and Poltergeist. We started collaborating very early-on, working out the nature of the themes and how they should evolve throughout the movie. I visited a few of the filming locations during the shoot to get a feel for the environment; the woods. There is a theme for the witch’s curse and a motif for the scenes where the protagonist Ben is voyeuristically eavesdropping on his neighbor. My favorite character to write a theme for, of course, is the witch; you’ll know the theme when you hear it.

While The Wretched has a lot different vibe from your other horror/comedy, Deadheads, are there any similarities between the scores?

Both Deadheads and The Wretched are orchestral scores. Deadheads involved a bit more humor and the score is quite varied, from comedic cues to action to horror. Both scores help propel the story forward and reinforce the emotion of what is happening on-screen which is always the goal. The score for The Wretched is a bit more avant-garde in some respects; it has a distinctly unnerving sonic texture. I was also able to record live with a 66-piece orchestra for The Wretched soundtrack. It’s fabulous to collaborate with orchestral players and stirring to hear such intense music performed live; that is another way that the scores differ. 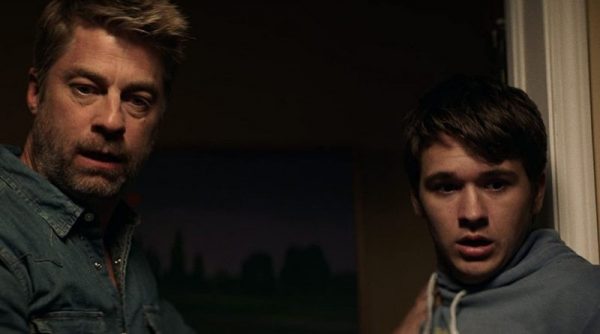 Did you go back and watch any similar movies before starting work on The Wretched, to get inspiration? If so, what films?

I’m an avid movie fan! Film is a wonderful art form; such an extraordinary way to tell a story. I watched several psychological thrillers to prepare for The Wretched and traded film recommendations with Brett and Drew: What Lies Beneath, Sleep Tight, and Rear Window to name a few. I always attend orchestra performances for inspiration when scoring as well. The directors and I went to hear the LA Phil perform the Jaws score while working on The Wretched!

We heard that you blended both orchestra and folk instruments together for The Wretched score. Was there a specific instrument that you found was key to creating the right tone for this score?

We wanted a distinctive, otherworldly and disturbing aural tapestry to transport the audience into the environment where the witch originates. Brett and Drew came over to my place here in LA and I set out a bunch of acoustic instrument secret weapons: sarangi, waterphone, bowed psaltery and some others. The moment they heard the sarangi, an Indian instrument, they instantly fell in love with it. I altered it a bit to impart a very dry and throaty sound… It has an animal-like quality, almost like a deer, and stags play an important part in The Wretched.

From the trailer, The Wretched looks more like a “creature feature” type of horror film. Does this subgenre have any different set of rules then a slasher film?

Fun question! Yes – The Wretched was inspired by several different witch myths and it establishes a new mythology and set of rules. It’s a dark fairy-tale; the rules are very different from other horror films. I don’t want to give away too much but I think that fans of folk tales, classic horror, and practical effects will delight in this movie!

For the Deadheads fans, what was your favorite part of working on that film?

Attending FrightFest in London with the directors and cast of Deadheads was amazing. It’s a thrill to share your work at genre festivals with such spirited audiences. We’re jazzed that The Wretched got a theatrical release and although going to theatres is nearly non-existent in the age of Covid-19, the film is playing at a few drive-ins where people can safely social-distance. Everyone can watch it from the safety of their homes via VOD on May 1st! Excited to share it!

What have you been watching during this extended period of being at home?

Composers spend a lot of time in isolation when writing music so in some respects this is nothing new! I’ve been focused on musical projects, living a healthy lifestyle, and keeping in touch with family and friends. I haven’t watched much television but since you mentioned it, I think I’m going to watch all of Nacho Vigalondo’s movies. I’m a huge fan of Timecrimes!

Many thanks to Devin Burrows for taking the time for this interview.

The Wretched will be available on VOD platforms May 1, 2020.