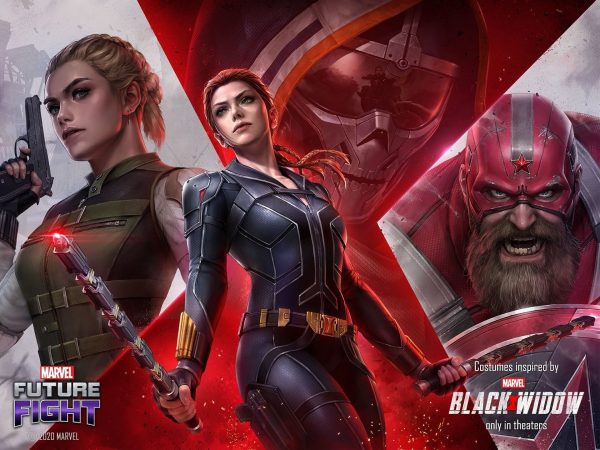 The movie may have been pushed back until November due to the global health crisis, but Marvel fans can now get their hands on some Black Widow content in the hit mobile game Marvel Future Fight with an update inspired by the MCU blockbuster adding all new characters, gameplay improvements, uniforms and more.

Two new characters – Yelena Belova and Red Guardian (played by Florence Pugh and David Harbour in the movie) – have officially stepped in to join the fight to save the universe and both are now available for players to collect as are movie themed uniforms for Scarlett Johansson’s Black Widow and the mysterious villain Taskmaster.

Marvel Future Fight is available worldwide via the App Store and Google Play, and the Black Widow themed update is live now.