Red Stewart on the best horror moments in superhero movies…

For all the criticisms of oversaturation, superhero movies have managed to retain their longevity thanks to a clever mix of genre blending. They may have their conventions and tropes and archetypes, but they intermingle so well with many other cinema favorites like comedy, satire, western, thriller, and even space opera.

One of the more underrated polymorphizations, though, has been with horror. Because superheroes need to appeal to a mass market, they tend to stay away from this genre built on terrorizing audiences with sharp visuals and audio cues.

Not every filmmaker adheres to that boundary, and quite a number of them have taken the initiative to throw some horror elements into their storyline. Here are 5 of the best horror moments in superhero movies. 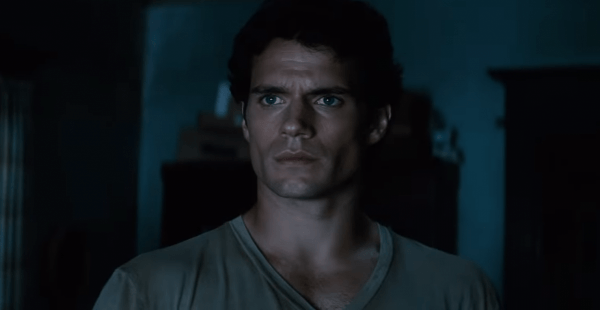 Zack Snyder may be known to fans to these days as a comic book director, but his roots date back to horror filmmaking, with his big budget debut being a remake of George Romero’s famed Dawn of the Dead. Released to positive reviews, it’s no surprise that Snyder would want to bring back some of that atmosphere, and bring back he did in the 2013 Superman reboot Man of Steel.

While hanging out with his mother at night, Clark Kent hears some strange crackling noise blaring from inside the house. Approaching the creaking front door cautiously, he slowly pushes it forward to see the sound coming from the television set, with its signal snow slowly morphing into the visible and audible words “You are not alone.”

This, of course, turns out to be a message from the Kryptonian General Zod, but as a sci-fi, first encounter experience, Snyder nailed the isolated feel of a dominant alien race hijacking the world’s signals. 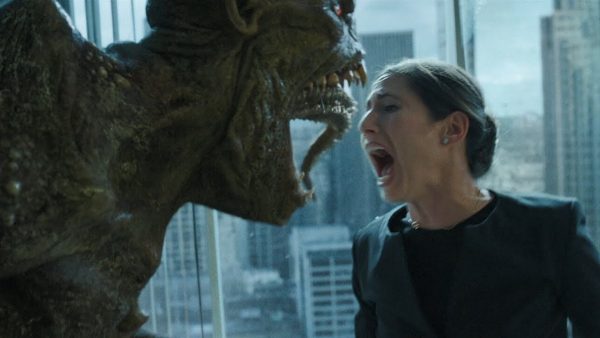 Prior to Andy Muschietti signing on to do The Flash, David F. Sandberg was the latest horror director to join the DC Extended Universe. Having previously directed Lights Out and the Annabelle sequel, it was a surprise that he would helm the light-hearted superhero romp Shazam. With Zachary Levi playing a boy spontaneously transformed into an adult superhero, it was definitely one of the more comedic comic book flicks to come out.

That was with the exception of one scene. During the movie, main villain Thaddeus Sivana confronts his abusive father and brother while they are holding a meeting in the boardroom of his father’s company. Admonishing them for not taking his quest for magic seriously, Sivana tosses his brother out the window before unleashing seven monsters from his body, leaving them to devour, behead, and outright slaughter everyone in the building. A gruesome scene in an otherwise humorous film. 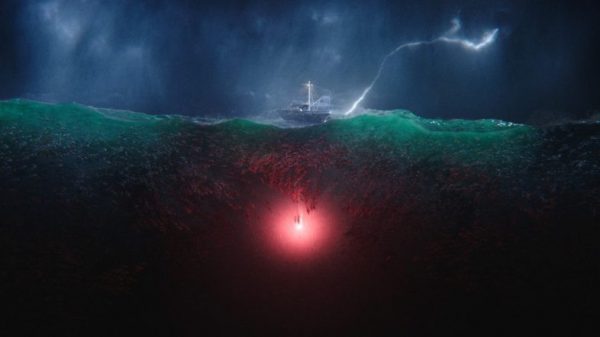 James Wan of Saw, Conjuring, and Insidious fame told fans at one Comic-Con that he would be bringing his horror touch to depths of the oceans in Aquaman. And while most of the movie was a fun, high-caliber adventure in the vein of Indiana Jones, he did hold fast to his promise with one scene.

While trying to find the Kingdom of the sea monsters known as the Trench, Aquaman and Mera are caught in a violent thunderstorm that sees their boat suddenly hijacked by these bloodthirsty creatures. Diving into the ocean to avoid them, Wan employed a clever use of thunderbolt lightning and alternating silent moments to show, with dread, the scope and hunger of the Trench as they chased after the protagonists into the abyss below. Definitely a scary moment.

Zack Snyder once again tapped into his original craft when choosing his approach to the Dark Knight. Having already seen enough of the character in the Nolan trilogy, there needed to be a more mythological take on the superhero, and Snyder decided the best way to do that was through making him a mysterious icon reliant on fear.

In the character’s on-screen debut, we see two policemen enter a decaying building where sex trafficked women are hiding in a cage. Despite assuring them that everything is okay, the women refuse to go away because they know the Bat is still there. With one of the cops walking slowly up the staircase, we hear the screams of the kidnapper as he is being presumably tortured off-screen. When the officer finally makes it up there, Hans Zimmer and Junkie XL’s score kicks into high gear when a camera pan finally reveals Batman hiding in one of the corners. Definitely a memorable take on Batman. 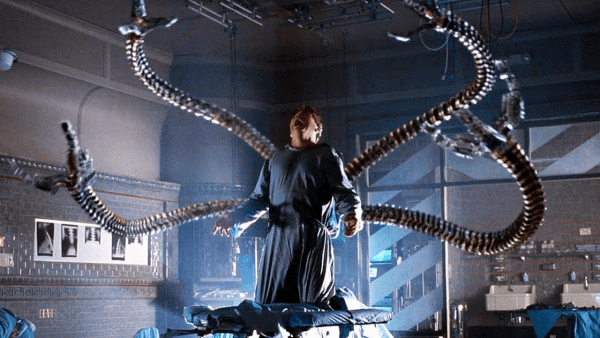 When even the DVD labels a scene as “horror,” you know you’ve created something chilling. That is what exactly what Sam Raimi did when he decided to remind moviegoers that he had directed the original Evil Dead. Doctors operating on the knocked-out Otto Octavius are tasked with removing the four mechanical tentacles welded onto his body. And outside of some odd shaking of the hospital bed, everything seems set to go as planned.

That is until the tentacles grow sentience, viciously attacking the surgeons in an attempt to “protect” their host. While still retaining a PG-13 rating, Raimi showed he was able to create a terrifying scenario without blood or swearing.

With everyone screaming, bodies crashing against walls, and even nails scraping on the floor, it was a scene that truly pushed boundaries and has retained its title as the best horror moment in superhero movies.

What are your favourite horror moments from superhero movies? Let us know in the comments below or on our social channels @flickeringmyth…