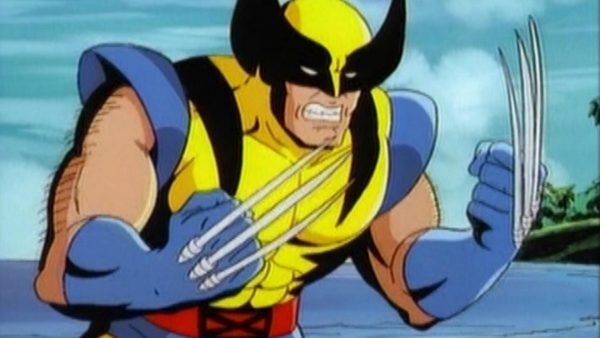 There was a lot of buzz and excitement in 1999. People around planet earth were excited to see what the new Millennium would bring; while big companies panicked that the Y2K bug would kill all their hard work and shut down the working world. For Dougray Scott, 1999 was set to be the year that changed his career. He had been handpicked by Tom Cruise to play the villain in M:I:2 and he was set to play Wolverine in Bryan Singer’s X-Men.

The adaptation of the popular Marvel Comics property had been a long one. In 1984 Marvel writers Gerry Conway and Rob Thomas wrote a screenplay for production company Orion Pictures (Platoon) who had optioned the film rights. But when the company fell into financial troubles the rights went over to Carolco Pictures (First Blood) who began plans for a big screen outing for the X-Men produced by James Cameron (The Terminator) with his then-wife Kathryn Bigelow (Near Dark) directing. Bigelow began drafting up a script and started talks with Bob Hoskins (Who Framed Roger Rabbit) to play Wolverine alongside Angela Bassett (F/X) as Storm, however financial strains reared its head once again and disrupted the process. Not only that, but Stan Lee had convinced Cameron that rather than do an X-Men movie he should instead focus on a Spider-Man adaptation. By the mid-90s, after a deal with Columbia Pictures fell through, the rights were picked up by Lauren Schuler Donner (St. Elmo’s Fire, Pretty in Pink) following the successful animated spin-off of the comic series, who took the project to 20th Century Fox. 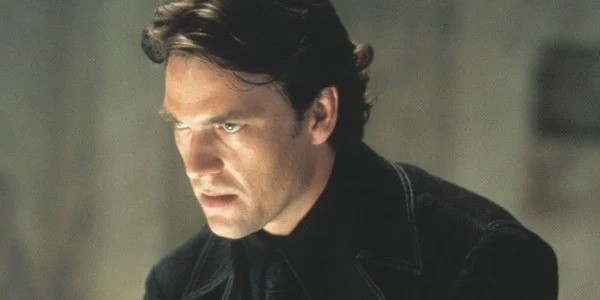 The first draft had been written by Andrew Kevin Walker (future writer of Se7en) in 1994 which saw Xavier bringing Wolverine into the X-Men team that already consisted of Cyclops, Jean Grey, Iceman, Beast and Angel, with Logan and Scott Summers clashing over leadership duties. This new team would take on the Brotherhood of Mutants, headed up by Magneto alongside Sabretooth, Toad, Juggernaut and Blob who are trying to take over New York. The script also featured Bolivar Trask and the Sentinals, and even hinted that Magneto was responsible for Chernobyl. After Walker completed another pass on the draft, it was re-written by a series of writers including Laeta Kalogridis (future writer of Shutter Island), John Logan (future writer of Gladiator), James Schamus (future writer of Hulk), and Joss Whedon (Buffy the Vampire Slayer). Changes were made along the way, removing some characters while adding in iconic figures such as Storm, Jubilee and Nightcrawler. One draft saw Magneto turning Manhattan into a new mutant homeland, while Whedon’s draft concluded with Jean Grey dressed as The Phoenix, but was rejected because it was “too quick-witted” with too many “pop culture references.”

Next up was Michael Chabon (future writer of Spider-Man 2), who handed in a six-page pitch for a page-one re-write. Chabon’s script focused on the relationship between Wolverine and Jubilee, and also included Xavier, Cyclops, Jean Grey, Nightcrawler, Beast, Iceman and Storm but did not include any villains who wouldn’t come in until the second movie. Fox were happy with Chabon’s vision, and attempted to bring in Brett Ratner (Rush Hour) and Robert Rodriguez (Desperado) to direct, but neither signed on (Ratner was only ever considered for the role, while Rodriguez turned it down). Instead they brought in Bryan Singer, who had just finished The Usual Suspects and was initially offered Alien: Resurrection but instead took on X-Men due to its themes of prejudice, who then brought in Ed Soloman (Bill & Ted’s Excellent Adventure) to re-write Chabon’s script. By this point Rogue, Kitty Pryde, Pyro, Magneto and The Brotherhood of Mutants had made it into the script, and Soloman’s draft made more of Rogue’s position in the movie, as well as merge the traits of Kitty Pryde and Jubilee into her character. Magneto’s plan was to now turn the world leaders into mutants so they would accept his kind was to be reminiscent of Constantine I’s conversion to Christianity (which would have been highlighted by Storm teaching this in a history class). 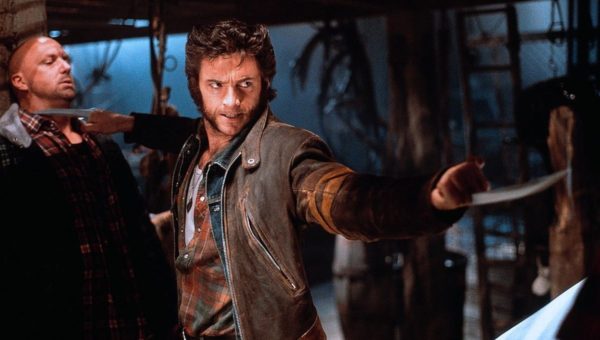 With a projected budget of $50 million, Soloman’s draft would actually cost around $80 million and Fox were not willing to go above $75 million for such a ‘risky movie’. Before the turn of the millennium, comic book movies were not a ‘sure thing’, with Batman & Robin, Steel and Mystery Men flopping at the box office. In order to cut costs, Beast, Nightcrawler and Pyro were removed from the script and Beast’s dialogue was moved into Jean Grey. The movie was finally given the greenlight by Fox, with further re-writes done by Christopher McQuarrie (The Usual Suspects) and David Hayter (the voice of Solid Snake in Konami’s Metal Gear Solid), who would receive sole credit for the movie.

Casting for the movie had been relatively simple, with Patrick Stewart (Star Trek: The Next Generation) signing on to play Charles Xavier  while Bryan Singer chose Ian McKellan (Apt Pupil) to portray Magneto over the studio’s first choice Terrance Stamp (Superman II). Angela Bassett was again approached to play Storm as was pop singer Janet Jackson, but the role went to Halle Berry who joined Anna Paquin as Rogue (Paquin dropped out of the lead role in Christina Wayne’s Tart to play the role). Although Eric Mabius (Resident Evil) had expressed an interest in the role, Jim Caviezel (The Rock) was cast as Cyclops but dropped out due to scheduling difficulties with Frequency, and was replaced by James Marsden (Disturbing Behavior). Scheduling difficulties were not exclusive to Caviezel, as the role of Wolverine was also causing some issues.

Singer had first approached Russell Crowe (L.A. Confidential) to play the role, but he turned it down instead suggesting they look into fellow Australian actor Hugh Jackman. Though there was some interest, the studio struck a deal with Dougray Scott to put on the claws, first rumoured in May 1999 and confirmed the following month. “Bryan was incredibly demanding over who could play [Wolverine], and we needed to find somebody who was dynamic,” Fox President Tom Rothman said in a press release. “Dougray has the charisma, the physicality and the intensity.” 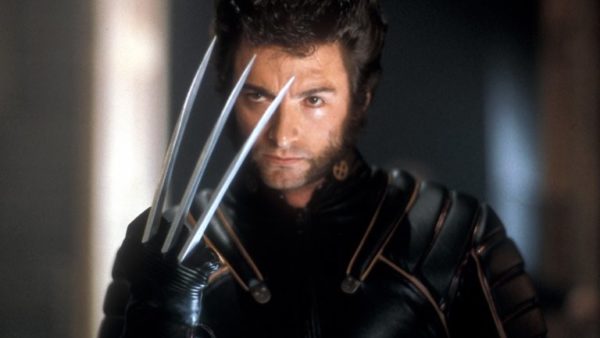 There was a problem, however. Scott was already in production of M:I:2, where he had been chosen by its star Tom Cruise to play the villain, and the plan was for him to finish on that film and then head straight to the set of X-Men. Sadly, M:I:2 was having numerous issues, including a delayed start date due to a finished script being undelivered on time and several key crew members quitting during production. Production had begun in late 1998, and production designer Owen Paterson left shortly thereafter, with production manager Julia Ritchie departing in March 1999 due to scheduling issues and director of photography Andrew Lesnie resigning in June. The budget had swelled beyond $100 million (which Paramount denied) and ex-crew members began referring to the movie in interviews as “The Impossible Mission” (M:I:2 would have further issues in post-production, with Paramount bringing in legendary editor Stuart Baird to ‘fix’ the film). These issues had an effect on Bryan Singer’s X-Men.

X-Men had begun production in September, but had allowed time for Scott to finish on M:I:2 with Wolverine’s scenes beginning filming on October 18th. But with that date looming, Scott was still filming with Cruise and director John Woo. “The shoot has gone longer than expected, and Scott lost a few days with a shoulder injury,” Variety reported on October 7th. “While Paramount and Fox brass have been trying to juggle schedules to get Scott free to join X-Men helmer Bryan Singer and his star-studded ensemble, it’s too big a movie and too big a role for Fox to be uncertain any longer.” As noted in the report, if Paramount could not guarantee Scott for his October 18th start date, they would need to begin searching for a new Wolverine as soon as possible. 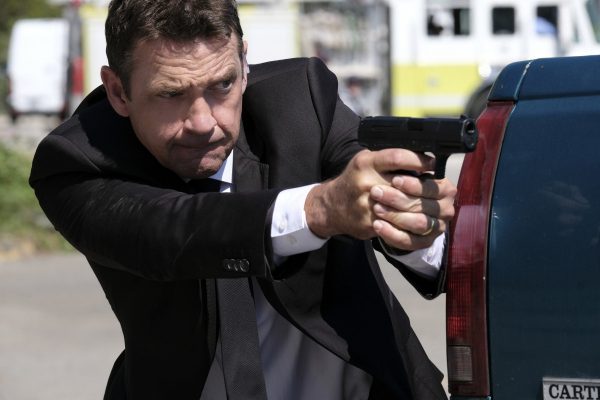 By the October 9th, Bryan Singer and 20th Century Fox began to recast one of its lead roles of their tentpole movie that was already one month into production. On October 11th, Variety reported that Hugh Jackman would take on the role after a successful audition. “Even though X-Men had begun production late last month, Fox was holding out hope until the last minute that Paramount would be able to give a stop date for Scott on M:I:2 so he could join the cast in Toronto this week,” the report reads. “In the whirlwind casting change, Jackman’s deal was finalized late last week so he could be fitted for his claws over the weekend. He will begin rehearsals and action choreography today.”

Released on July 14th 2000, Bryan Singer’s X-Men earned nearly $300 million worldwide and kickstarted the comic book revolution that is still felt to this day. Not only was its success felt across the studio system, it made a global star out of Hugh Jackman who would reprise the role of Wolverine over two sequels, three spin-offs and three prequels. The character of Wolverine became so popular that the franchise’s adaptation of the popular Days of Future Past put him in the lead role over Kitty Pryde, something that caused some ire among comic book fans at the time. He would also find himself the star of other big budget tentpole movies Van Helsing, Real Steel, Les Misérables, Chappie and Pan, as well as critically-acclaimed films such as The Prestige, Australia and Eddie the Eagle., before hanging up his claws as Wolverine in 2017’s Logan.

“I’ve really enjoyed the movies I got to do and the TV work,” Dougray Scott told The Daily Record in 2013 when they asked about him missing out on playing Wolverine. “I feel very fortunate anyway. I like Hugh, he’s a really lovely guy. It wasn’t as if he stole it off me. Basically, my movie ran over and I had to pull out. It wasn’t his fault and he did a fantastic job.” 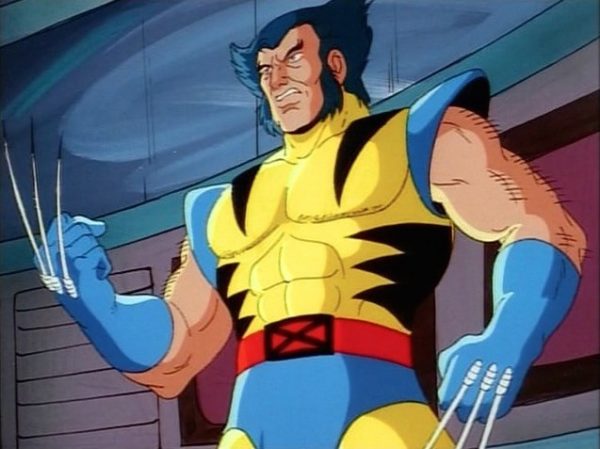 It’s one of Hollywood’s great ‘what ifs’. What would have happened to Jackman’s career had he not starred as Wolverine in 2000? Would Dougary Scott have received the same chances Jackman did, or would have he gone to work in TV where he has said in interviews he’s happier? Would Scott – who was signed on for an X-Men sequel – reprised the role as often as Jackman has? Further to that, would Scott have accepted the role as much, diving into it and protecting it the same way Jackman did over the next two decades? Or would the role have been simply recast down the line?

It’s impossible to answer, but it’s hard to imagine someone other than Hugh Jackman playing Wolverine – even though someone else nearly did.