Martin Carr reviews season one of Tales from the Loop… 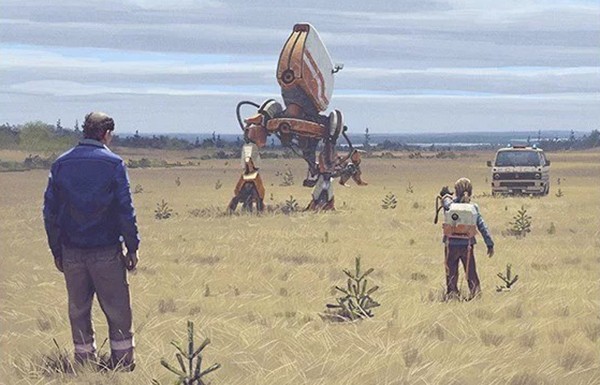 There is so much to appreciate in this Amazon original that a full season review will only ever whet the appetite. Created and written by Nathaniel Halpern who executive produced Legion, each episode is intricately layered, delicately unpacked and carefully explored. An emotional and intellectual punch goes hand in hand with a science fiction one two guaranteed to reward those who invest. It starts with the smallest indication of premise before gradually opening up a vast canvas of detailed characters, elaborate theological debates and leftfield scientific anomalies.

Over the course of eight episodes Tales From The Loop examines relationships, companionship and mortality whilst broaching the subject of time travel. In order for this to be truly successful Halpern needed a cast capable of making audiences engage, which is something they do across the board. Rebecca Hall is by turns fragile, inquisitive yet quintessentially maternal, while Jonathan Pryce carries the burden of establishing things from its opening frame. Helped in no small measure by Duncan Joiner as Cole they come together making this a formidable ensemble. 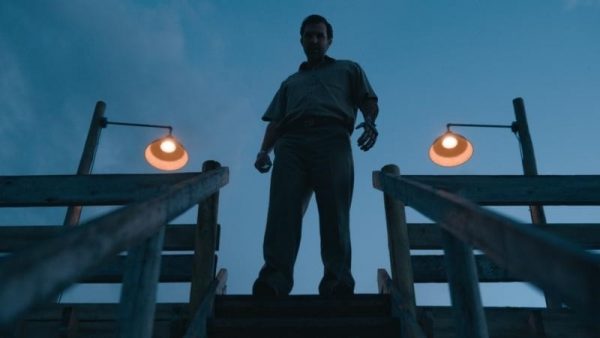 Executive produced by Matt Reeves and Mark Romanek known for The Batman and One Hour Photo respectively, this show boasts big names behind the camera as well as solid performances in front. Prior to release Tales From The Loop had been likened to The Twilight Zone or Apple TV’s Amazing Stories but it feels more unique. A town built around a singular anomaly which has peppered the idyllic landscape with technological oddities, unexplained phenomena and heart breaking relationship debris. There is an eerie quality aided hugely by composer Philip Glass who ensures his piano arrangements add an ethereal overtone to the drama which unfolds.

Both self-contained and interdependent in structure Tales From The Loop attempts to examine the human condition with subtlety. Characterisations are interlaced with flashbacks, measured performances help maintain the overall tone, which offsets a sense that everything is ever so slightly off kilter. There is a mystery and depth that goes beyond the snow covered landscapes, imposing concrete centre for experimental physics and feeling of loneliness that permeates Mercer. 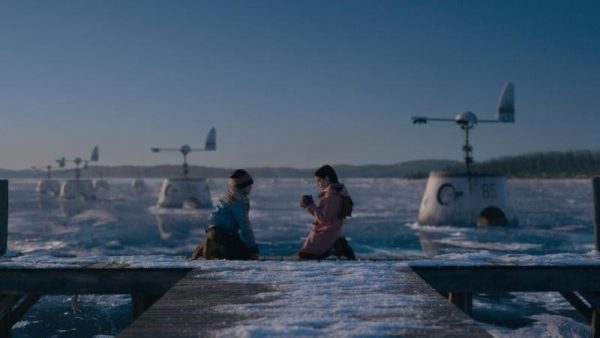 Halpern drip feeds details, shows flashes of pertinent conversations in silhouette and makes impossible circumstances commonplace without stripping away the wonder. There are inhabitants who remain unexplained, histories which are shrouded in misdirection while narrative reveals only offer up further questions rather than providing resolutions. This is a cats’ cradle of complexity which uses human interaction as its shifting sand to wrong foot audience members. Re-evaluation is constantly required as characters come and go, people encounter aberrations and Halpern throws in numerous curveballs.

What is ultimately revealed in this first season is an overwhelming sense of untapped potential. Human drama, low key science fiction and a measured dissection of universal concerns await audiences willing to take a leap of faith. However the things that make it potentially outstanding might also hinder audiences from getting a foothold. Drama in this show is introspective not ballsy, contemplative not brash and keeps spoon feeding to a minimum. For that reason it might turn from a drama series into a limited series just as Watchmen has done. Yet anything mentioned in the same breathe as that landmark show surely deserves as wide an audience as possible. 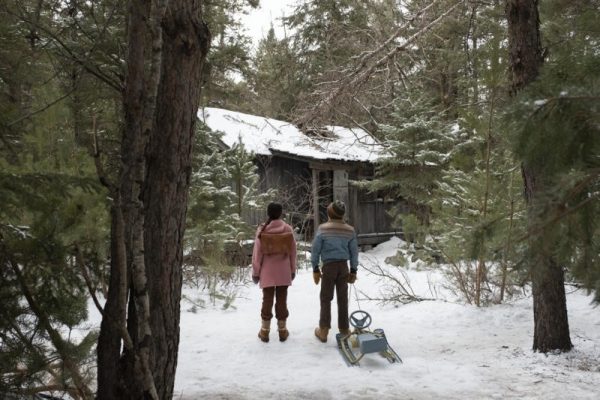 Tales from the Loop launches on April 3rd on Amazon Prime Video.