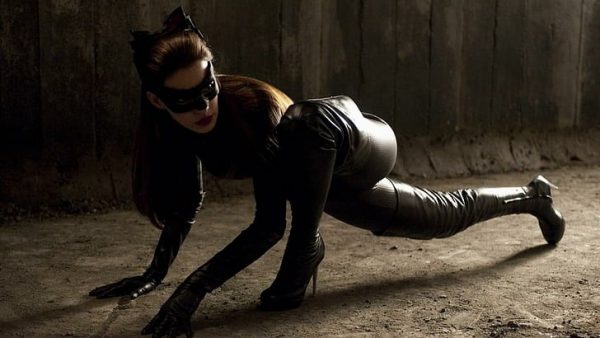 Incredibly, it’s fast closing in on a decade since we last saw Catwoman on the big screen, and with Zoe Kravitz preparing her new take on Selina Kyle for Matt Reeves’ The Batman, The Dark Knight Rises star Anne Hathaway has shared a rather amusing story about auditioning for the role of the iconic Batman villain in Christopher Nolan’s 2012 film.

“I came in and I had this lovely Vivian Westwood kind of beautiful but mad-tailoring top with stripes going everywhere,” said Hathaway in an interview with the BBC. “And I wore these flat Joker-ey looking shoes. And I was trying to give Chris these crazy little smiles. About an hour into the meeting he said, ‘Well, I’m sure I don’t have to tell you this, but it’s Catwoman.’ And I was like, ‘Shifting into a different gear. Now ok, we’re slinky. We’re slinky. And I hate my shirt. I love my shirt, but I hate it right now. We’re slinky.’”

SEE ALSO: Joseph Gordon-Levitt says there were never any plans to follow up on The Dark Knight Rises ending

Would you have been interested in seeing Hathaway and Nolan’s take on Harley Quinn? How do you think her Catwoman stacks up alongside the other stars who’ve portrayed the villain over the years? Let us know your thoughts in the comments or on our social channels @FlickeringMyth… 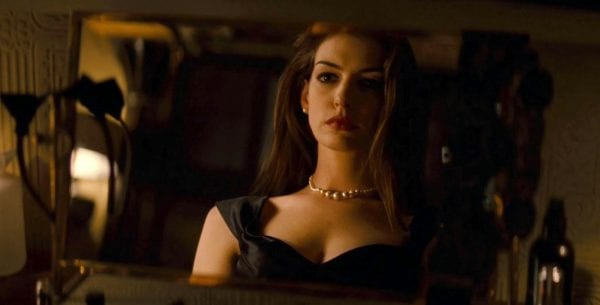