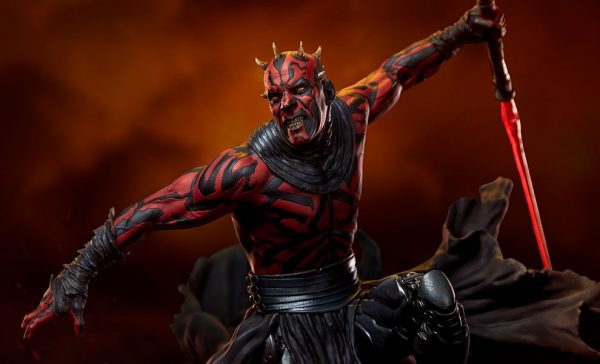 Following on from Obi-Wan Kenobi, Asajj Ventress and Darth Sidious, Sideshow has announced that Darth Maul is the latest Star Wars character to join its Mythos line of fine art collectibles, with a new polystone statue available for pre-order now, priced at $610; check out the Darth Maul Mythos promotional images here… 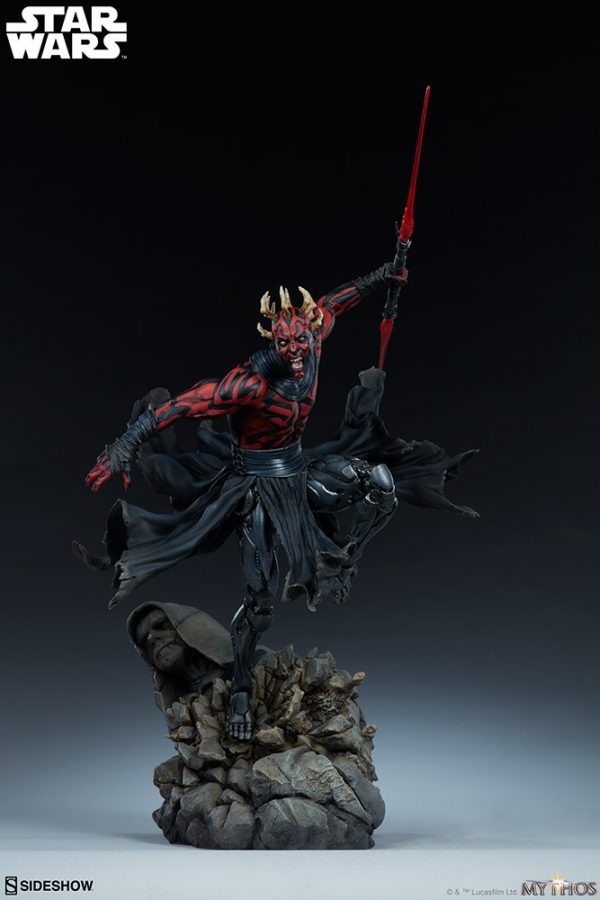 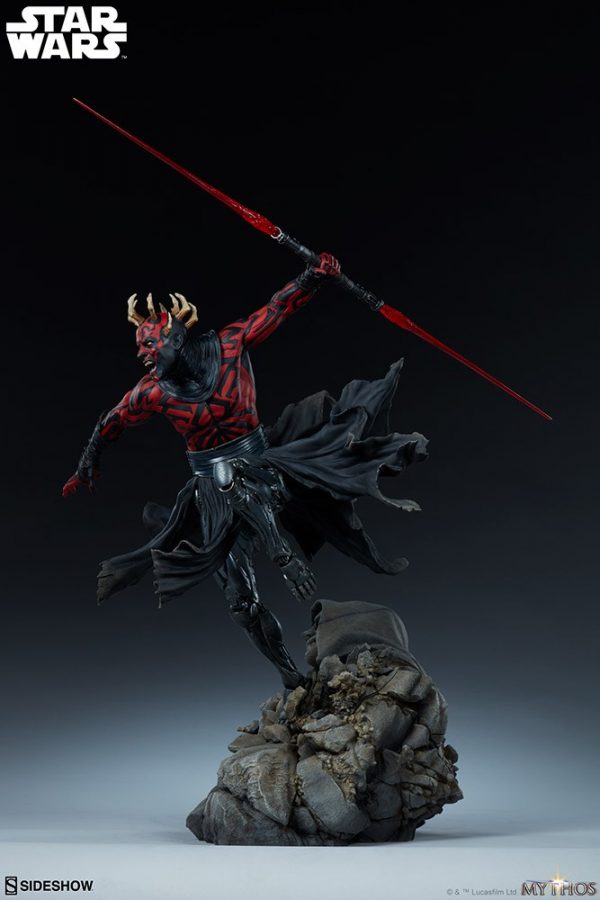 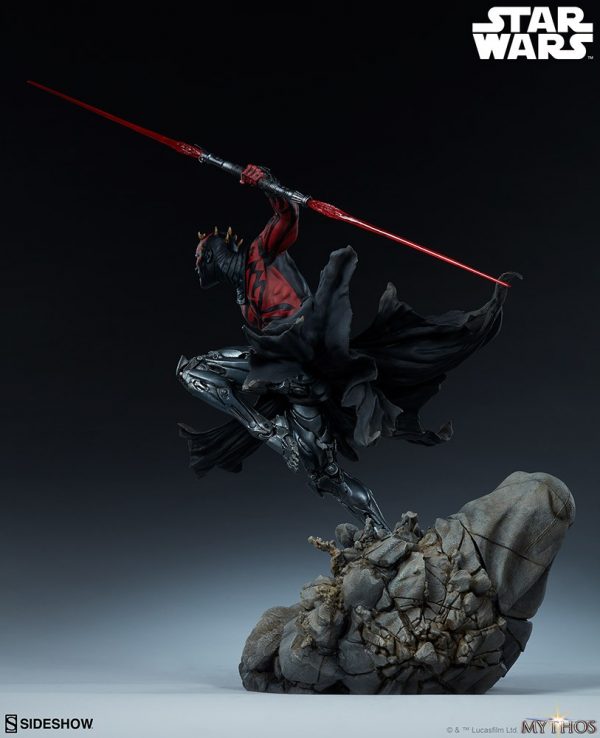 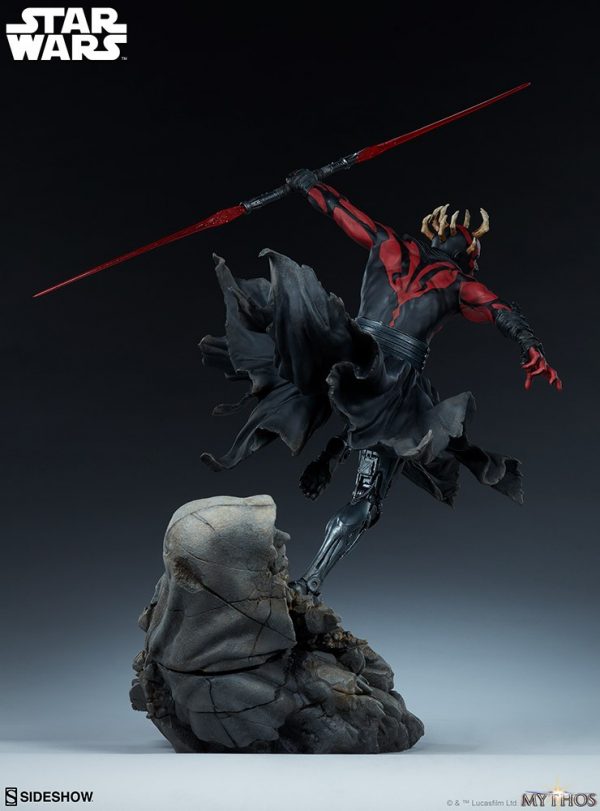 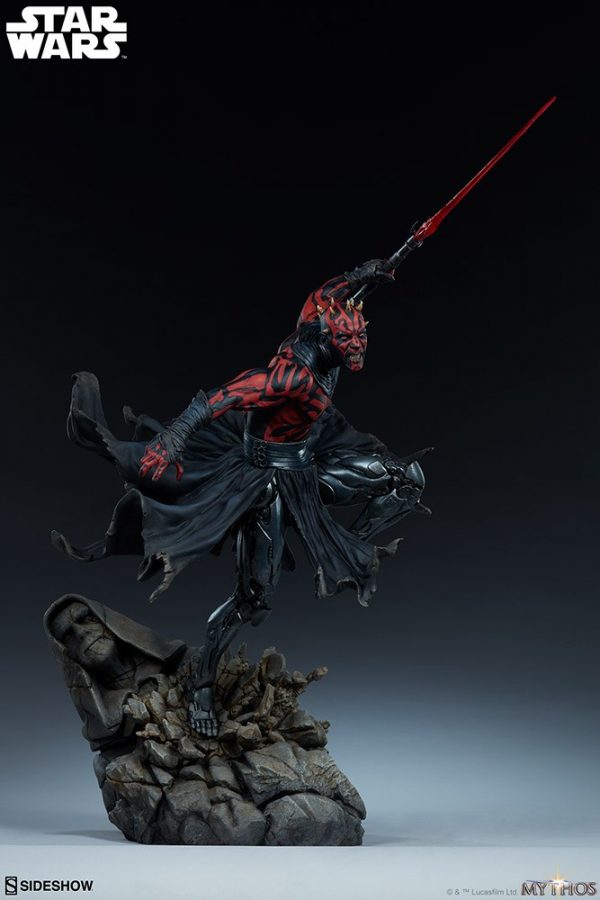 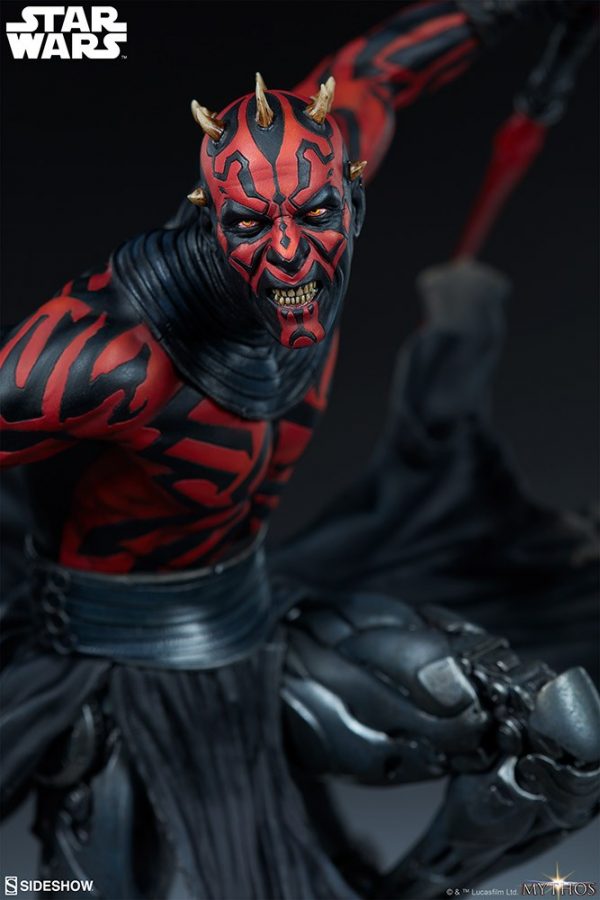 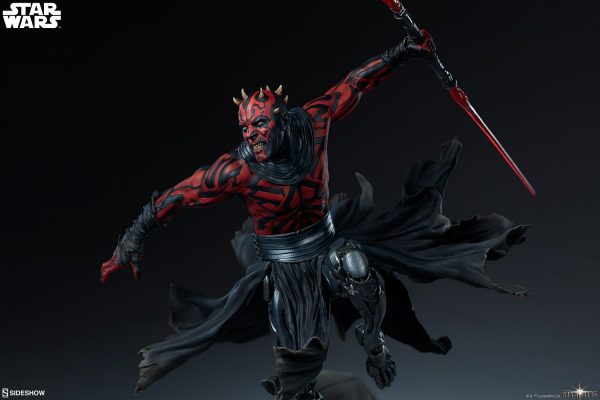 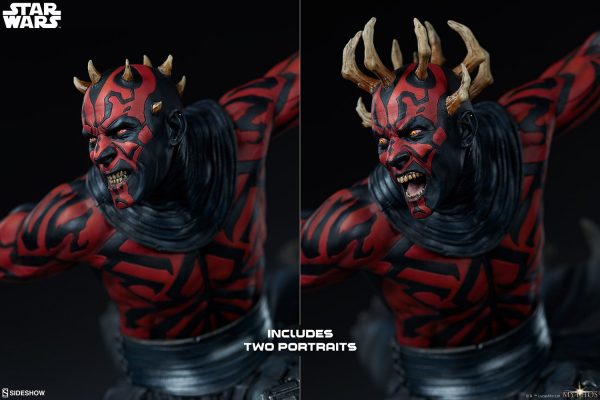 As a collection, Sideshow’s Mythos series are fine art collectibles that allow the collector to imagine what could have been, but maybe never was. Myths meant to be initiated by the eye and completed by the mind.

The Darth Maul Mythos Statue measures 23.5″ tall, as the hateful Zabrak warrior leaps from the crumbling ruins of a Sith temple monument, wielding his famed dual-bladed red lightsaber. In a savage rage, Maul prepares to enact his revenge on the accursed Jedi Order, the ones who took his legs and left him near death.

The polystone Darth Maul Mythos Statue features a fully sculpted costume composed of weathered black skirts, belts, arm wraps, and a black collar. As a result of his fateful duel with Obi-Wan Kenobi, the Dathomirian Sith now has powerful, highly detailed robotic legs that allow him to hunt his Jedi prey with animalistic precision. Darth Maul is also covered in customary Zabrak markings, creating his signature red and black appearance. This dynamic statue also includes two portraits for collectors to choose from; one grimacing head with shortened horns, and one raging head with longer horns.

At last, show the Jedi in your collection that they are no match for the Darth Maul Mythos Statue, a must-have for Star Wars fans of any era.