Sideshow Collectibles has revealed its upcoming sixth scale Obi-Wan Kenobi figure form the Star Wars Mythos line. The collectible features a likeness of the Jedi Master, envisioned by Sideshow artists during the time between Star Wars: Episode III – Revenge of the Sith and Star Wars: Episode IV – A New Hope. It comes with a range of interchangeable accessories and is available to pre-order now, priced at $260; take a look at the official promotional images here… 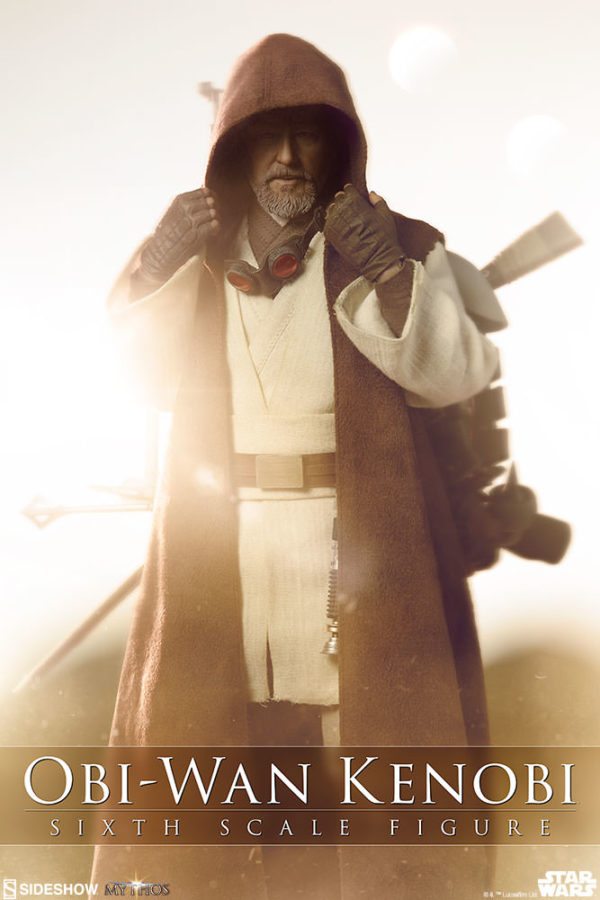 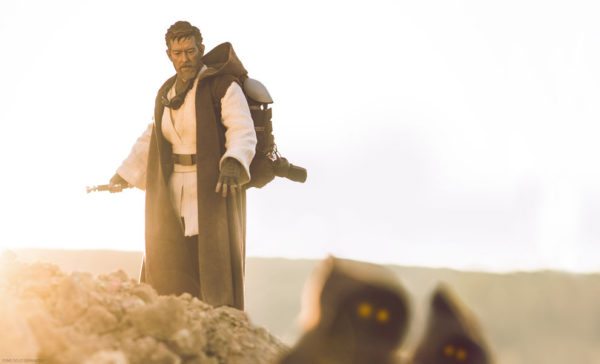 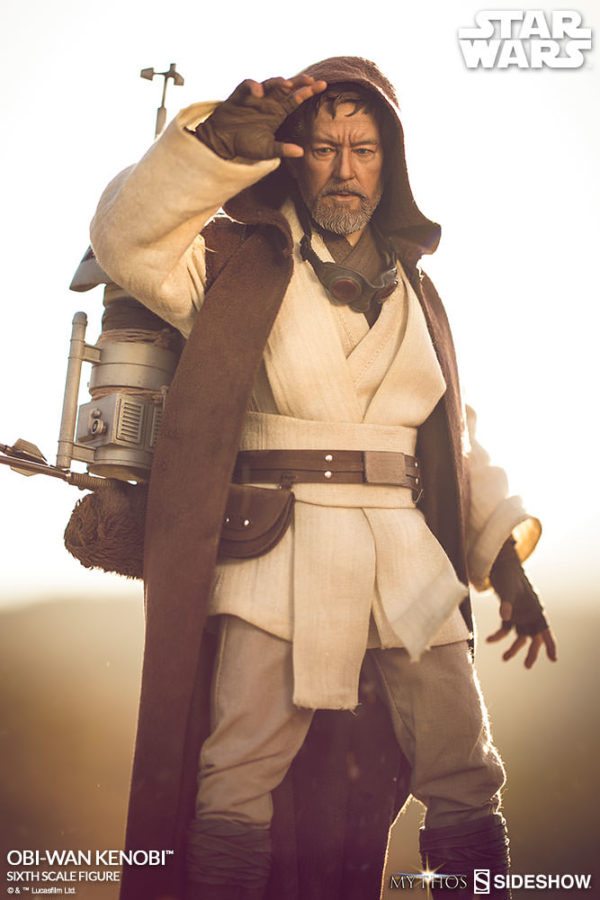 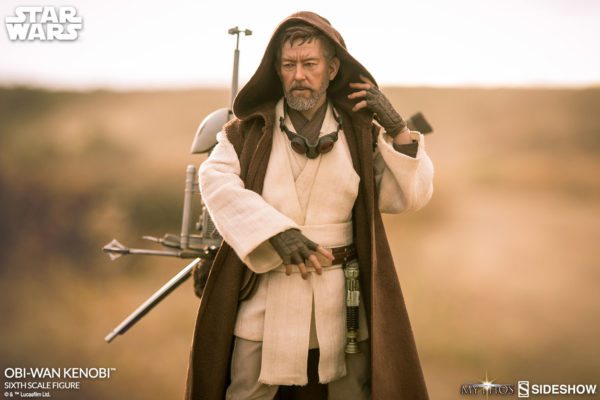 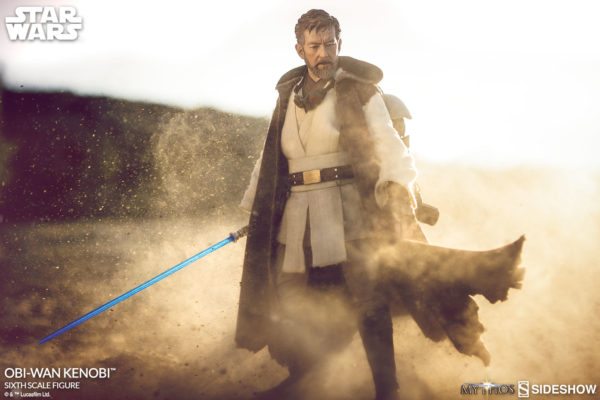 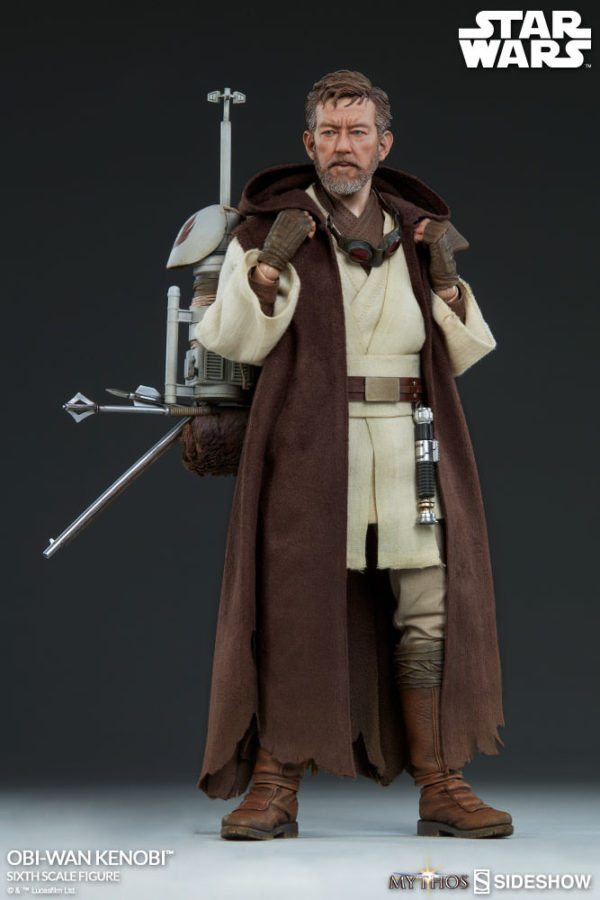 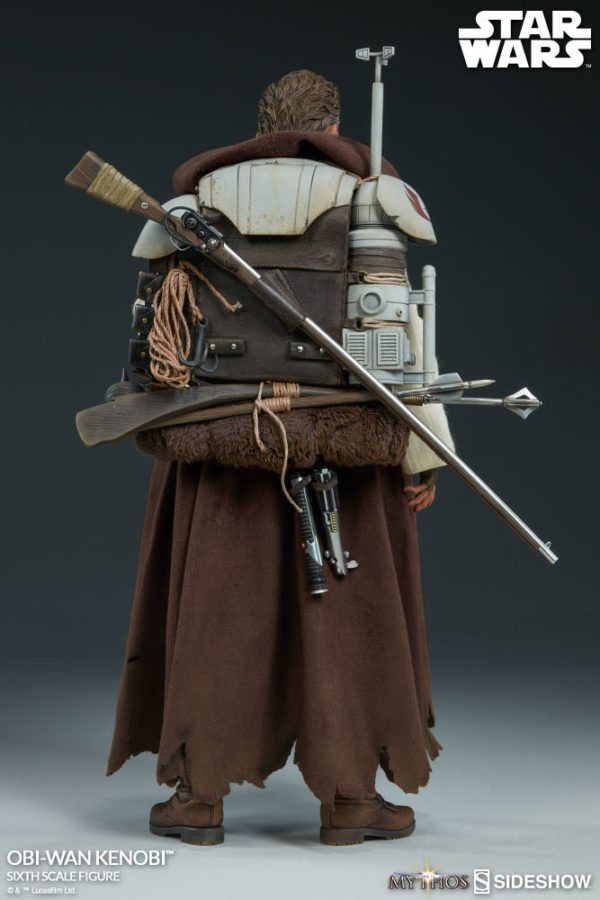 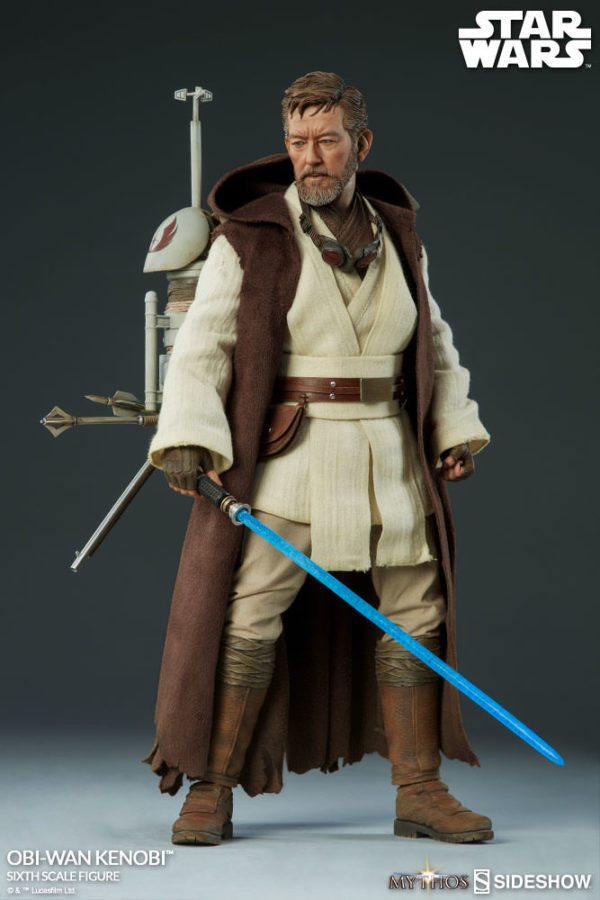 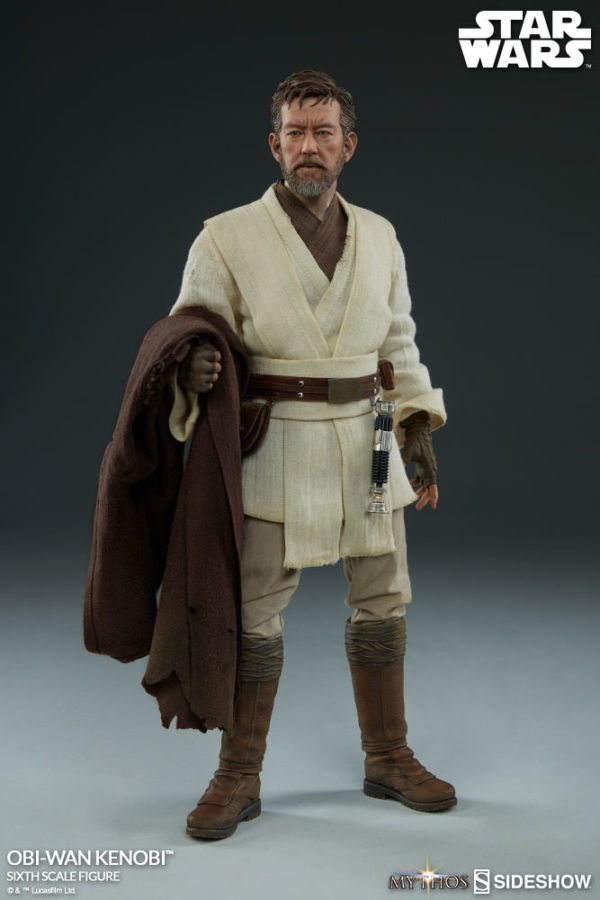 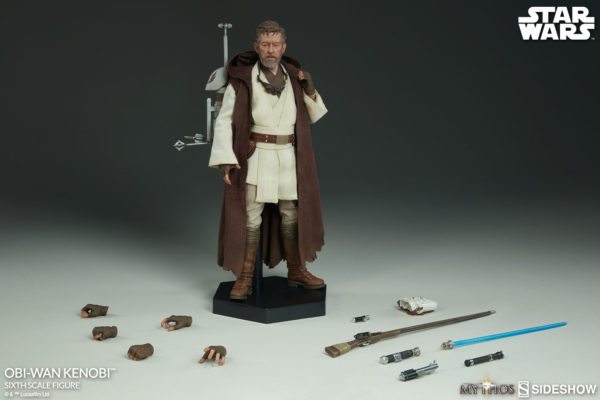 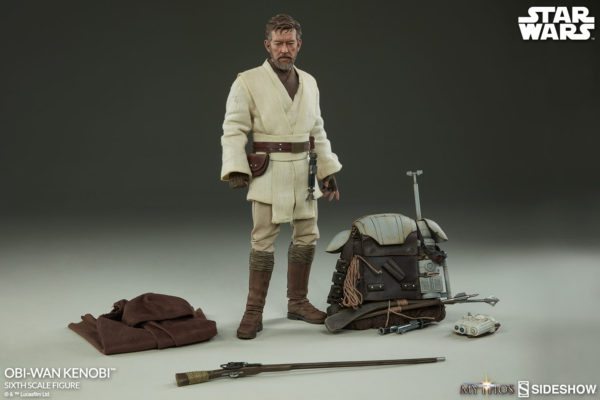 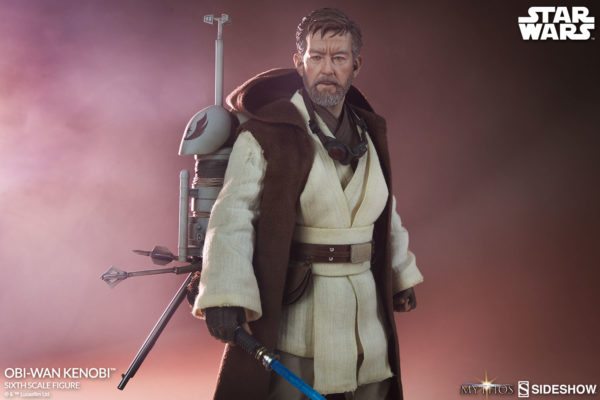 Sideshow is thrilled to introduce a return to the world of the Star Wars Mythos line, with the Obi-Wan Kenobi Sixth Scale Figure.

The Obi-Wan Kenobi Sixth Scale Figure captures the period in the Jedi’s life as envisioned prior to A New Hope, following Revenge of the Sith. He features a detailed likeness as imagined by Sideshow artists to represent an aged Ben Kenobi who has witnessed the destruction of the Jedi Order at the hands of the Empire.

Obi-Wan comes with a unique, tailored fabric costume featuring his Jedi tunic with tabards, pants, and sash, his Jedi belt, a sleeveless robe, and a nomad pack that he carries with him across the wastes of Tatooine. The figure comes with 3 sets of hands including force hands, fists, and grip hands, as well as an additional right trigger hand for a variety of action poses.

Each artifact and memento carried by Obi-Wan holds history and represents a step of his nomadic journey across Tatooine, waiting to introduce a new hope to the galaxy. The figure features Obi-Wan’s lightsaber with a removable blade, as well as Qui-Gonn Jinn and Anakin Skywalker’s lightsaber hilts.

The Obi-Wan Kenobi Sixth Scale Figure comes equipped with a modified Tusken rifle and 2 gaffi sticks, and technology necessary for survival such as a portable moisture vaporator, a grappling hook, a droid caller, and macrobinoculars. Obi-Wan also has goggles and Clone Wars armor as remnants of his noble past.

Prepare to embark on the Mythos journey with the Obi-Wan Kenobi Sixth Scale Figure, and add to your galaxy of Star Wars collectibles today.