Kalypso Media and developer Gaming Minds Studios have announced the release of the Down Under DLC for Railway Empire.  This new DLC takes the fan favourite railway tycoon sim to the dusty, sun-scorched Australian outback.  See more of the DLC in the trailer below…. 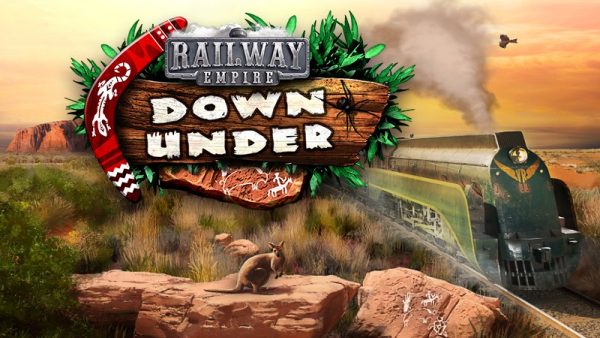 Australia in the early 19th century was a sparsely populated British colonial territory consisting of mostly coastal cities and small farming settlements.  As a railway baron it is up to players to expand a railway network through the outback to the settlements and towns of this fledgling nation.

The DLC will add four additional territories to the game, including New South Wales, Queensland, South Australia and Victoria and will consist of 52 new cities and the ability to customise settlements.  There’s also goods to trade such as seafood and beer.

The Down Under DLC is available for Railway Empire now.