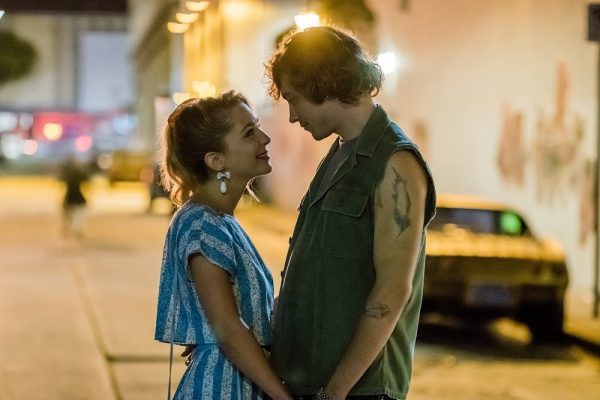 In the midst of our current lockdown, there’s something to be said for a big, campy musical to put some spring into your step. That’s exactly the tone of the new remake of Valley Girl, which takes the 1980s teen curio – starring Deborah Foreman, Nicolas Cage and Nicolas Cage’s chest hair – and turns it into a colourful musical. Happy Death Day leading lady Jessica Rothe stars as the titular, well-heeled “val”, while Josh Whitehouse is the rocker from the wrong side of the tracks who steals her heart.

The film was originally due for release in the summer of 2018, but was delayed in the wake of controversy surrounding YouTube star Logan Paul, who appears in a supporting role. It’s now making its way direct to digital platforms in lieu of a cinema release, but it’s a psychedelic slice of nostalgia and silliness, powered by a fun cast and a jukebox packed with 80s hits.

Ahead of the movie’s release, Rothe hopped on a Skype call with Flickering Myth from her own lockdown in Los Angeles. She chatted with us about her affection for the original movie, the musical sequences she loved the most and how she got to grips with the unique “val” dialogue.

Were you familiar with the original when you signed on to do this?

I became aware of the original when I very first auditioned for this project, which was actually over five years ago. I auditioned for the project when there was a different director attached, initially. I read the script, fell in love with it and looked up the movie. I couldn’t find it anywhere and then my friend, who was living in South Dakota at the time, found it in a bargain bin at a Walmart and sent it to me. 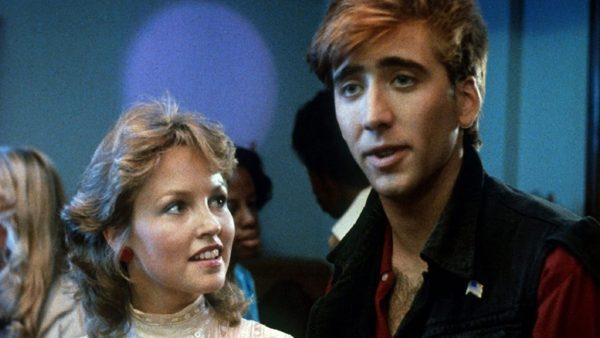 I just fell in love with it. It’s so quirky and full of heart and beautiful and weird and its own beast. Deborah Foreman is just so damn charming and, you know, Nicolas Cage has that chest hair so you’ve got to love it. I just think there’s something so incredibly authentic and lovely and unpolished about the first one. I felt really intimidated coming into what is a “remake”, even though in some ways I feel it is more of an adaptation or a reimagining with the music.

I am one of the first people to say “don’t remake something, just watch the original”. But I really think that because of the music and the dancing and also that Amy Talkington – our amazing writer – really gave Julie more of a point of view and a larger arc. All of those things, to me, are why the film should exist and is so beautiful to exist, not only as an homage to the first one but as a continuation of the telling of that story for a new generation.

The “valley girl” accent is very specific. How easy was it for you to get into it?

It was probably easier than it should’ve been. When I was in middle school, Clueless came out and me and all of my friends became obsessed with the “val” accent. Granted, our accent was probably more of an imitation of it than an understanding of the actual phonetic reasons behind it. But for this film, we actually worked with a speech coach, which was really fun. The biggest thing I learned is that it’s just really about [launches into “val” dialect] enjoying all of the noises that you make and stretching things out. The language they use is so colourful and bizarre and so getting to kind of relish saying all of those words was really fun. And, of course, there’s tonnes of upward inflection which, when I was a teenager, drove my mother insane.

And now you get to earn money by doing it!

I know, right? Isn’t acting funny? My job is so weird because that is what it is: all of the things that normally people get in trouble for doing, people pay me to do. I’ve truly tricked the system. 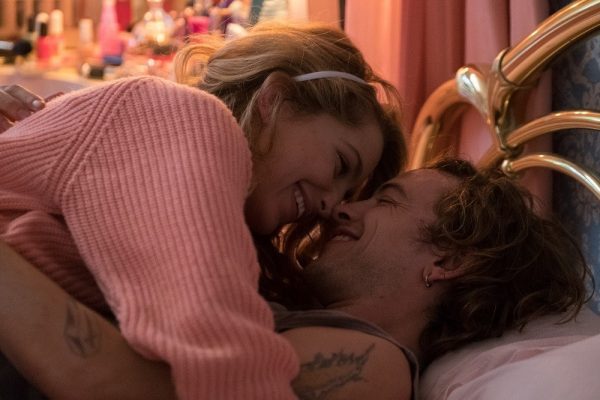 Oh my god, it was so much fun. I grew up on movie musicals. It was such a huge part of my childhood and musicals mean so much to me. The thing I love about musicals is that the reason people sing in musicals, in my mind, is because mere words are just not enough to express how amazing or devastating or funny or ridiculous a situation is. You have to burst into song.

And what is more perfect to utilise that tool for than telling a teen romance story in the 80s? 80s music is so full of emotion and when you’re a teenager, your emotions are like zero to 60 at every second. So it felt like the perfect template for all of this.

All of you worked really hard on this movie and it was a production that had taken a long time to get going. Then it was delayed. How hard was that for you guys to be ready for the movie to come out and then have to hit pause?

It was hard and it was heart-breaking, but I think one of the big lessons I have learned in this business is that everything happens for a reason and things happen when they’re meant to happen. I think that maybe the truth is that the world needs Valley Girl now in a way that it didn’t before. It needs a movie that is just pure fun and 80s neon, technicolour joy.

I hope that, for people who are quarantined or maybe sick or have a loved one who’s sick, watching a movie like this could bring some sort of comfort. Of course, it’s not going to solve the pandemic at all. But it’s a weird time and I think maybe everyone could use a little boost. 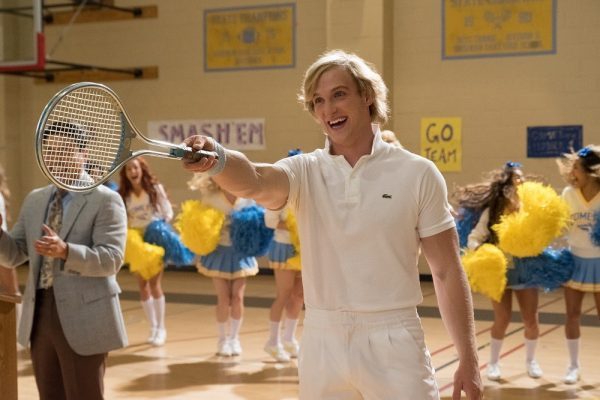 Absolutely, and teen movies I think have always provided that boost. Every generation has their own teen movie. What were some of your favourites growing up?

I loved 10 Things I Hate About You. Also, I do have to say that I think Josh gives some young Heath Ledger vibes in this movie, hardcore. I am so all about that because Heath Ledger was just the most amazing. I also loved Clueless. I really loved John Hughes movies as well and we were talking about Ferris Bueller’s Day Off earlier. I loved that one, but I definitely was such a goody-two-shoes in high school that I would’ve never skipped school to have an adventure day. So that one was always a little thrilling but a little scandalous for me.

Obviously, because of the current situation, the film is going straight to streaming rather than cinemas. Do you wish people could’ve seen it on the big screen?

I think it would be an incredible movie to see on the big screen because of how colourful and vibrant it is. But I also think that it’s one of the beautiful things about entertainment now. It’s so accessible on so many different platforms. If this was back in the 80s and something like this had happened, the movie just wouldn’t have been able to be seen by people. I feel so lucky that our society is in a place now where entertainment is so accessible. I think that people need distraction and need movies now more than ever.

While I’ve got you, I will ask briefly about Happy Death Day because I love those movies so much. Is there a third one on the horizon? Should I be getting excited for that?

What I will say is that Chris Landon – our brilliant creator/director/fearless leader – has a third movie in his genius brain vault. But we only want to make the movie if we’re able to make it right. Especially with everything that’s going on now, a lot of things have to fall in place in order for any film to be made nowadays. So I am still hopeful. Even if it’s that, in 20 years, I get to pull a Jamie Lee Curtis a la Halloween and Tree comes back as a badass 50-year-old. I’m ready. I’m there. I love that character and that franchise so much. Chris set the second one up as a cliffhanger because he felt there was more to say with that story and there was a way to complete it. I just hope that one day we get to finish it. 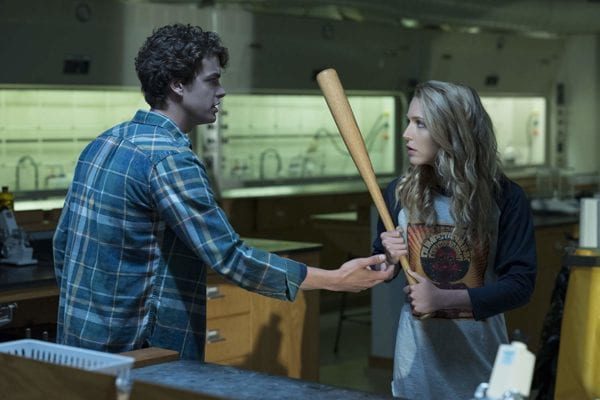 I love the genre flipping of those films. With you having made La La Land and Valley Girl, could we get Happy Death Day 3: The Musical?

I mean, who knows? That’s the thing that’s amazing. I think that’s actually what’s incredible about what’s happening in cinema right now. People are becoming so much more comfortable genre bending and melding. It’s where some of my favourite movies have come from. When you think about Get Out or Happy Death Day. I’m trying to think of if there’s a musical genre-bending movie… that could be Happy Death Day 3! The thing that’s so fun about that is you get to play with people’s expectations and just flip the world on its head. I’m just so excited about the opportunities that holds for me and for everybody else in this industry.

Finally, what was your favourite musical number to do in Valley Girl?

That’s hard. I really loved doing the final ‘Melt With You’ at the prom because, as I was walking away from the stage before Josh started singing and then I turned around, I was like “oh my god, I am the girl in the movie that I watched when I was 13″. I wanted to be her and now I am her. It was so meta and it was such a beautiful treat to my 13-year-old self to get to experience that. Also, ‘Take On Me’ was really fun, doing all of the montage stuff and dancing in the carousel.

Thank you very much, Jessica Rothe!

Valley Girl is available on digital platforms from 8th May.