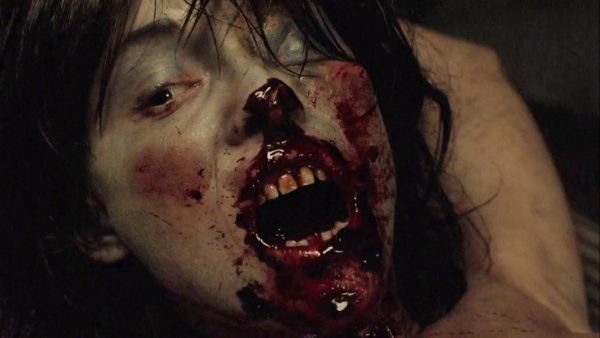 Two high school boys bunk off school to go drink beers in the local abandoned insane asylum – what could possibly go wrong? How about discovering a bound and gagged naked (un)dead woman… 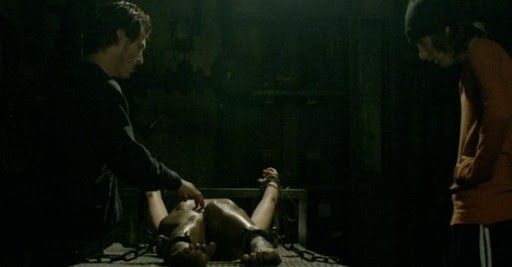 The two as central characters are enough to carry the movie – but initially I was sceptical as the acting is a little wooden. It can be forgiven once the story plays out, and we come to know the ‘dead girl’ (Jenny Spain) who does an incredible job of playing the part of a naked, dirty play thing for JT, and a couple of other high school hornies.

Jenny Spain has the difficult job of portraying so many emotions, leaving the audience wondering who she is, what she is, and how she got there. Ultimately however, none of these questions are really answered. Well, what she is is hinted at, as when she bites someone they become infected (in one case, a rather unfortunate jock gets a dodgy belly and ends up passing out his intestines), and the only way to kill someone infected is to remove their head. The ‘z’ word is never used, but it’s pretty obvious that it is implied.

Ultimately, Deadgirl is not a bad movie. It deals with the undead, rape and possible necrophilia (depending on your view of whether this woman is really ‘alive’), it takes the use of sex in horror to another level, and also adds a darkness to the sex-crazed testosterone-fuelled Hollywood teen male. However, it doesn’t do any of these things particularly well. Although the direction is not bad, the film is let down by some of the shoddy acting and unfeasible plot twists – which is a shame, because the premise had a lot of promise. The music is well done, and the atmosphere is created well, but something stinks – and it’s not the dead girl.