Sideshow has released promotional images for Blitzway and Prime 1 Studio’s The Joker 1:3 scale statue which is based on the appearance of Joaquin Phoenix as Arthur Fleck in last year’s acclaimed DC movie Joker. The collectible is available to pre-order now, priced at $1,094; check it out here… 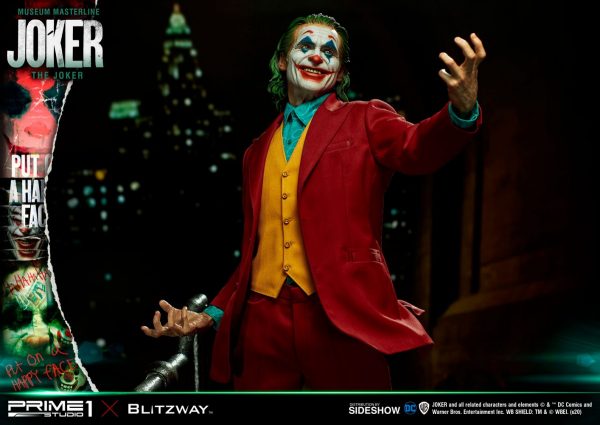 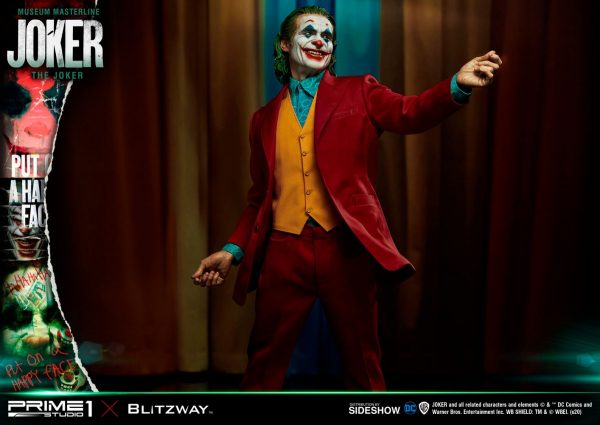 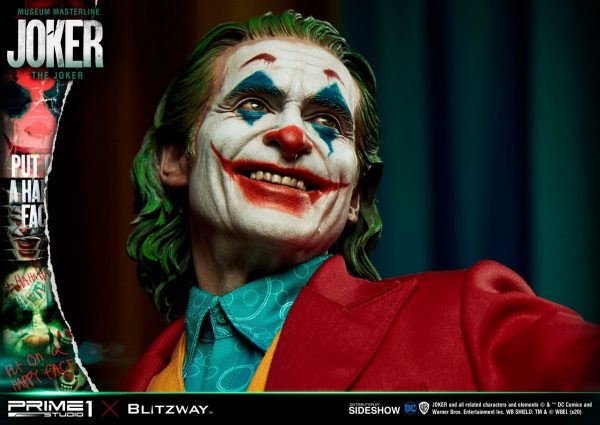 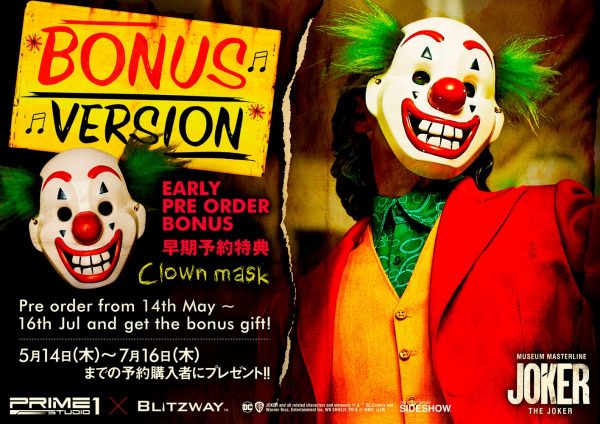 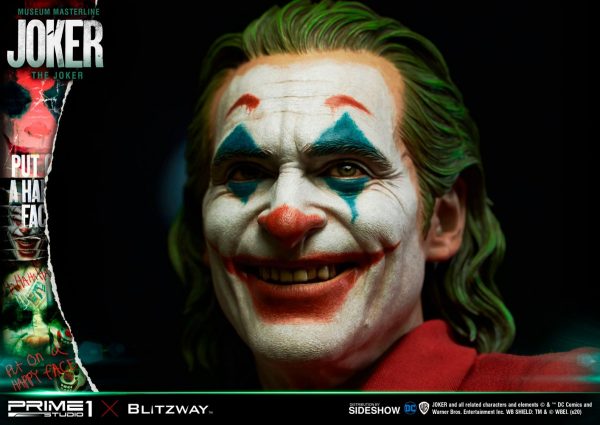 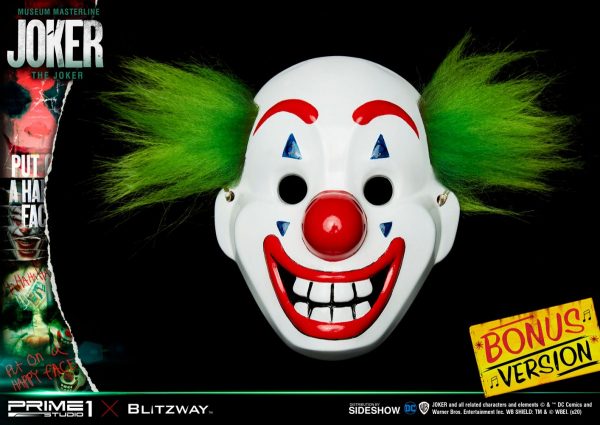 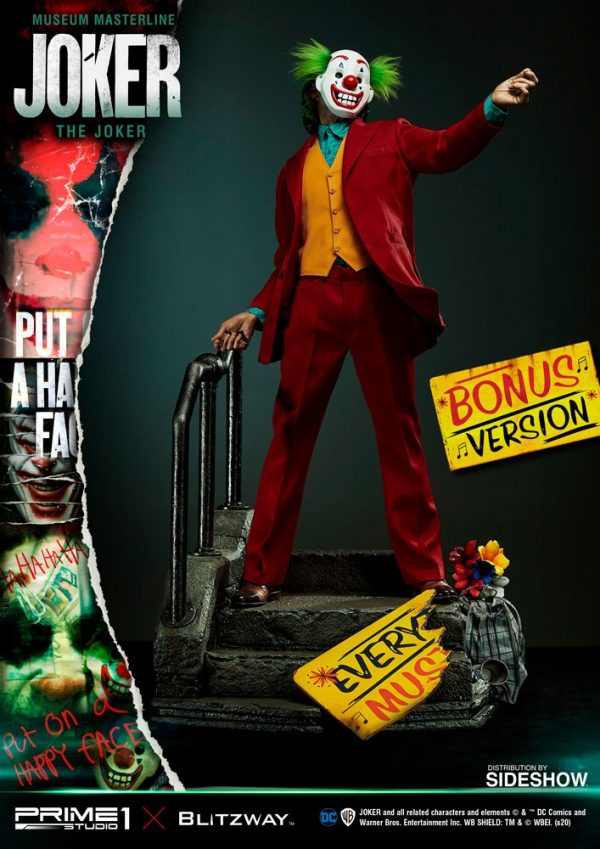 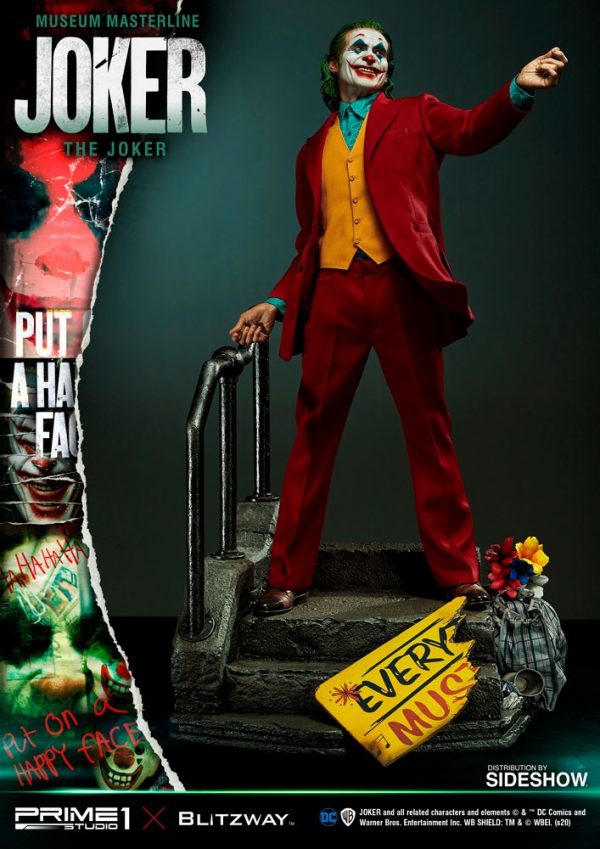 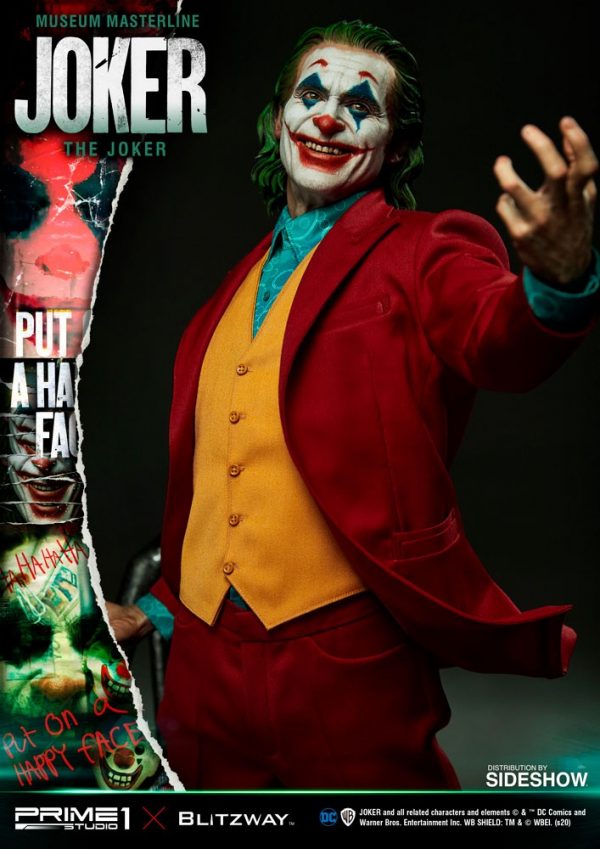 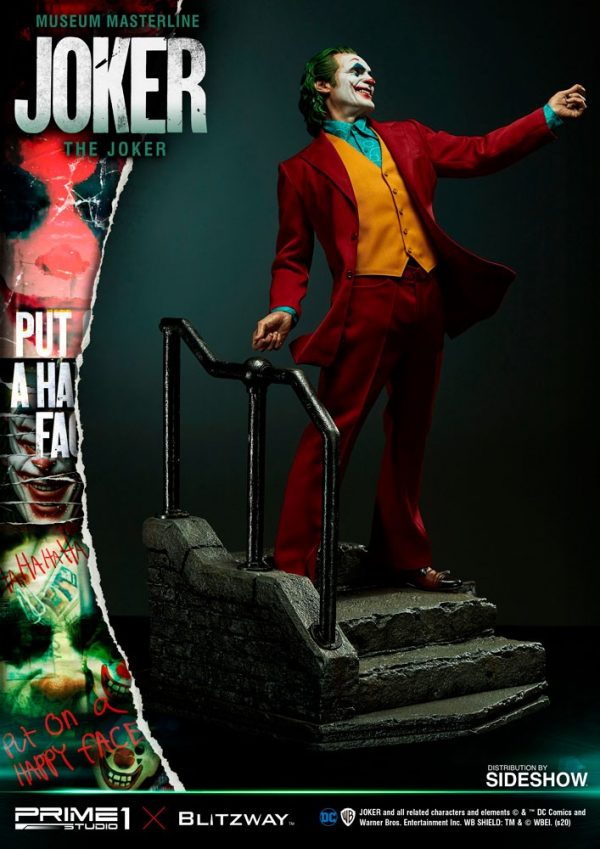 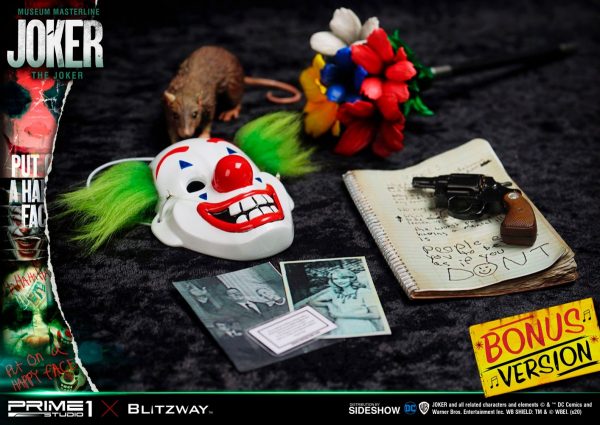 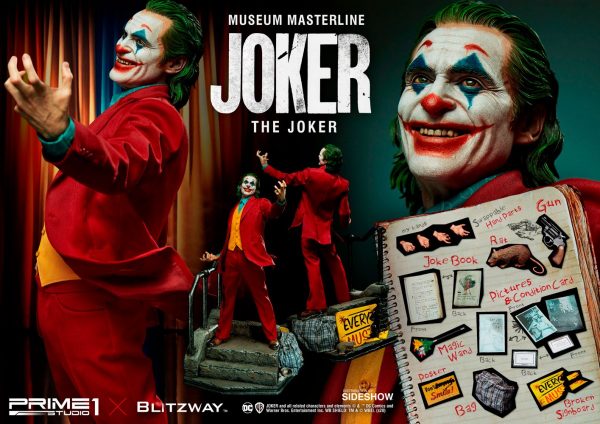 To celebrates The Joker: 80 years of the Clown Prince of Crime, Blitzway and Prime 1 Studio are proud to announce the second collaboration work about the masterpiece The Joker 1:3 Scale statue based on a film that depicts the birth of Joker, starring Joaquin Phoenix. While sharing the common goal of creating the best Joker of all time through this project, we were able to create the best masterpiece through close cooperation and developmental exchanges throughout the entire production process, from concept design, production, shooting, and the announcement of the project.

Starting from the very small details, we poured all of our efforts into recreating the appearance of Joker, including the vivid facial expressions, costumes that have been realistically scaled down, a diorama base that has been designed from the iconic scenes of the movie, and main props that can connect the fragments of the movie that exists in the memories of the fans.

Under the perfect direction of Blitzway and Prime 1 Studio, the skills and aesthetics of Blitzway’s world-class specialists were combined to create the ultimate, beautiful piece of art.

Now, get ready to meet the sophisticated piece of art that could be the centerpiece of your collection!