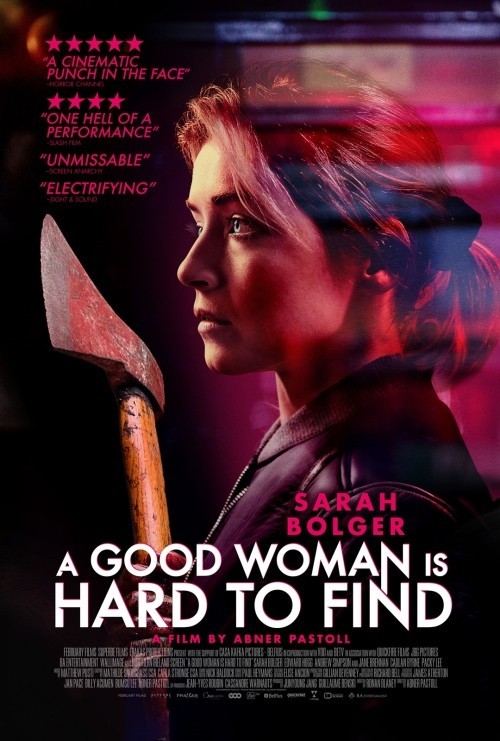 A recently widowed young mother will go to any lengths to protect her children as she seeks the truth behind her husband’s murder. 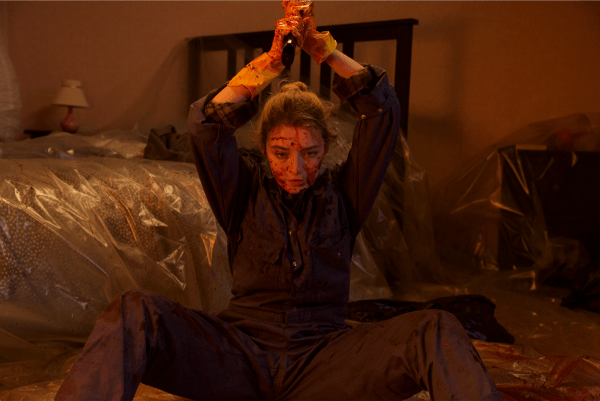 Abner Pastoll’s A Good Woman Is Hard To Find is a familiar interpretation of an exploitative revenge model that’s ten-thousand-percent elevated by lead actress Sarah Bolger. It’s not rape-revenge, but womanhood-revenge – or motherhood-revenge – in a way that still almost-just-about prescribes urgency through sexually explicit means. Many have attempted, few have succeeded in justifying such unfortunate “character development.” The catch? Bolger doesn’t care about others’ past failures as she wipes the blood from her face and glares a mama Grizzly’s fierceness. Every scene, interaction, and defensive stance is Bolger’s showcase, and she’s positively the “goodest” woman for the job.

Sarah (Sarah Bolger), widowed and impoverished, is a downtrodden North Ireland mother raising two children by her lonesome. Times only get worse when street thug Tito (Andrew Simpson) steals narcotics from underworld scum Leo Miller (Edward Hogg), then declares Sarah’s apartment his new hideout. They establish a “hospitable” arrangement. Tito sells white powder baggies every day, then returns at night with Sarah’s cut and restocks. Sarah fears for her children, but finances are scarce. What’s a woman to do? Dodge disgruntled hitmen, purchase hacksaws, and protect innocent youngsters it seems. 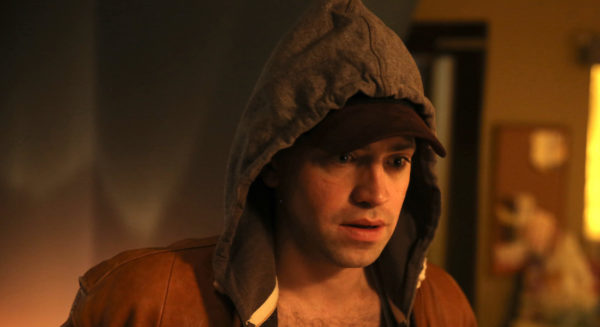 Ronan Blaney’s screenplay mounts the weight of unjust gender oppression upon Sarah’s shoulders. A mother who’s preyed upon for her financial shortcomings (lewd leerers). A daughter who’s viewed as some lost cause after an early-years marriage derailed her “bright future” (disapproving parent). A scared, baggage-holding woman who’ll ensure her bloodline’s safety through whatever means necessary (Tito’s aggressive dominance). Assassinations of her character are unfair, such as policemen who comment on her “unkempt” kitchen or when Sarah’s mother scoffs at her disheveled state like she’s common trash. Tito even drops a “you should smile more” line, which circles back to my “familiarity “comment above. A Good Woman Is Hard To Find, while representative and no-less urgent, plays the fought-against hits as Sarah endures abuse both mentally and physically.

In a lesser film? Sarah’s evolution would translate into a one-off warpath. Pastoll and Bolger don’t desire that redundancy for Sarah. Instead, their titular “woman” dives into the toxic waters of masculine, gangland volatility while still retaining her compassionate vulnerability. Sarah progresses beyond the violence she enacts, as her entire persona shifts while Leo Miller stalks his newest prey. Sarah’s privacy is violated, her home invaded, and independence taken hostage (much like many women have endured under societal biases). Enough becomes enough, as Bolger’s anger-and-empathy parfait scoops every flavor into each balanced spoonful.

Pastoll’s command over narrative ensures that Sarah is no superhero mercenary who becomes Lady Deadshot or something more ridiculous. Bolger never weaponizes brute force, nor downplays danger as she clutches her kin body-tight when Leo’s grunts circle ‘round (played by Caolan Byrne and Packy Lee). Sarah’s stomach barely handles the sight of bleeding wounds – which makes a particular clean-up sequence all the more primal yet harrowing – while fight choreography never materializes. A Good Woman Is Hard To Find is as much about survival as it is taking control, which tempers the competition between pistol-stashed henchmen and their wine-night target.

Outside of Bolger, performance attributes birth from necessity. Caolan Byrne and Packy Lee channel gruff irritation into grumbly frustration as they sniff Tito’s trail after the foolish thief robs from their well-connected boss. Edward Hogg is your neurotically soft-spoken psychopath who corrects victims’ grammar before their imminent torture or saunters across streets like there’s a theme song playing within his unstable mind. We’ve seen these traits before, as recently as Birds Of Prey or Bloodshot, and they’re all well and good in a boilerplate way. Although, there exist no more important actors than Sarah’s children (who could be mere props but tug your heartstrings). At times, only a wooden bedroom door separates bloodstains from their shattered innocence. Luckily, Pastoll’s tiniest players can handle their (emotionally accentuating) tasks. 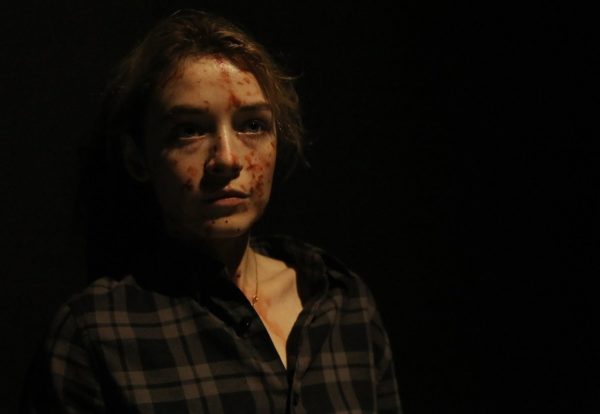 If there’s one thing A Good Woman Is Hard To Find assures, it’s that Abner Pastoll can effectively and sharply sell genre intensity that more than looks the part (following Road Games). If there’s a second truth, it’s that Sarah Bolger’s future is bright whether she continues her path towards more complicated genre projects or further varies her professional repertoire. A Good Woman Is Hard To Find is polished, powerfully performative revenge in the name of universal reclamation. It might be manipulative at the get-go, but never becomes something as offputting as any I Spit On Your Grave sequel nor goes above and beyond to challenge shock-value character blueprints. Tension and suspense stem from womanly experience (dildo versatility alone), meant to be viewed as a horrific situation. That championing never loses focus, which makes a better film out of often mishandled themes.