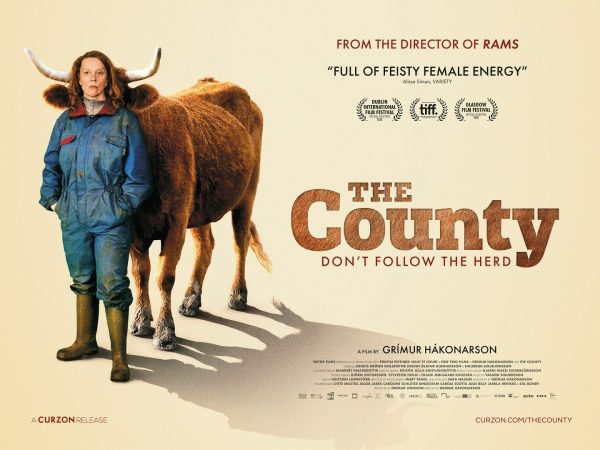 A widowed farmer tries to escape the clutches of the corrupt “co-operative” that has a stranglehold on her farming community.

Recent years have seen a selection of interesting movies making their way down from Iceland, from the strange eco-drama Woman at War to the blackly comic and fascinating Under the Tree. The latest intriguing feature to emerge from the sparsely populated island nation is woman-on-a-mission tale The County. Anchored by a strong central performance, it’s an enjoyable exploration of small-town politics and the existential threat posed by big city capitalism.

That central performer is stage veteran Arndís Hrönn Egilsdóttir as Inga, who is left debt-ridden and with a dairy farm to manage alone when her husband Reynir (Hinrik Ólafsson) dies in an apparent suicide. Like all of his fellow farmers, Reynir was part of the local cooperative – to whom they must sell their milk and from whom they must buy supplies, or risk potentially damning sanctions – led by subtly malevolent suit Eyjólfur (Sigurður Sigurjónsson). Frustrated at what happened to her husband, Inga begins to fight back against the cooperative’s monopoly, winning friends and enemies as she does so. 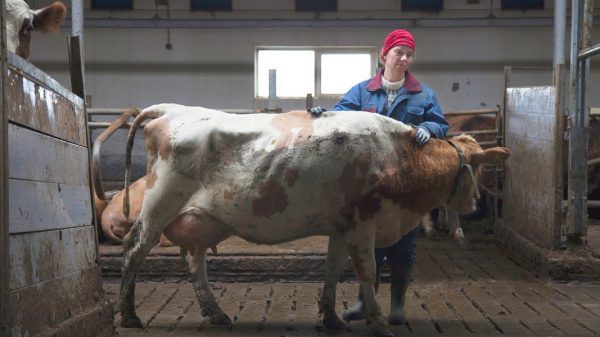 There’s a pleasingly nimble tonal gymnastics at play throughout The County, which has moments of bleak trauma, blasts of rousing crowd-pleasing and a smattering of absurdist comedy. Much of this is carried through Egilsdóttir’s performance, which swerves between grieving widow and defiant campaigner in a way that is thrilling but also, crucially, entirely believable.

Writer-director Grímur Hákonarson, who made the acclaimed drama Rams back in 2015, weaves an intriguing tale of control and coercion. Inga describes the cooperative as a “mafia” for its bullying, threatening approach, which largely manifests in the deceptive politeness of Sigurjónsson’s cheery boss and the hulking intimidation of his enforcer Leifur (Hannes Óli Ágústsson). Leifur arrives menacingly in an SUV when pressure needs to be applied on those unwilling to comply with the rules. 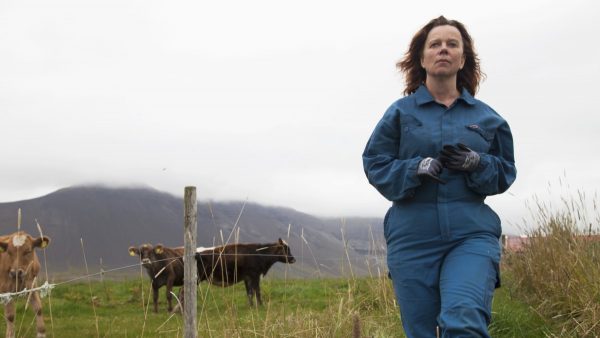 The movie’s commentary on the small town versus big city tension is intriguing, with those in power using the looming threat of Reykjavik to keep scared farmers in line. More than once, the co-op is referred to as the thing “that keeps the community alive”, despite the fact it’s actually suffocating these businesses through blind fear. Smartly, the commentary is linked to the idea of the protagonist as someone who can be dismissed as an over-emotional woman, hurting from the death of her husband and putting the blame on the first entity she can find.

Ultimately, though, The County is a little too light and the story winds towards a conclusion that feels formulaic and inevitable, despite a nicely bittersweet final scene. Hákonarson’s film lacks the austere comedic bite of Under the Tree and never quite follows through on the potential of the very unique world in which it unfolds. Surprisingly, despite all of its effective performances and stunning vistas, it often feels like something we’ve seen before.