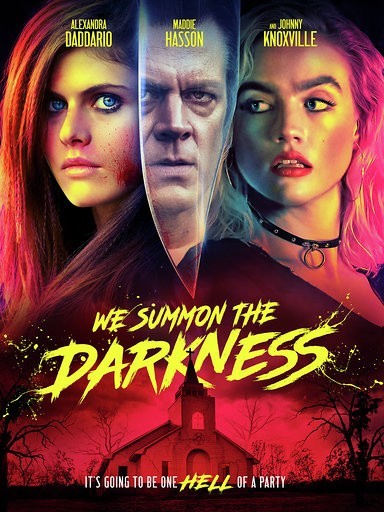 Three best friends Alexis, Val, and Beverly embark on a road trip to a heavy metal music festival. Their lives change forever when they run into three men and bring them back for an afterparty at Alexis’ country home. 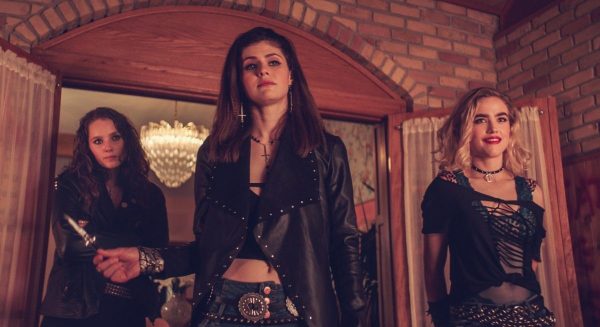 Stop me if you’ve heard this before: a group of girls runs into dangerous men, and they now must fight to stay alive. Yes, this is the plot of films like Last House on the Left, Death Proof, and even Faster Pussycat Kill Kill. But that doesn’t stop this version of it, a new horror named We Summon The Darkness, from making the most of its rather basic plot. While the story may be basic, and the twists are relatively easy to see coming, it doesn’t take away from the genuine fun to be had with this film.

It’s no surprise that director Marc Meyers is smart on how he handles the tropes of a slasher movie. His impressive last feature – My Friend Dahmer – avoided any similarities to other stories about the subject and made something wholly new. While I’m not claiming We Summon The Darkness has never been done before, Meyers uses the cliches and tropes to his advantage. 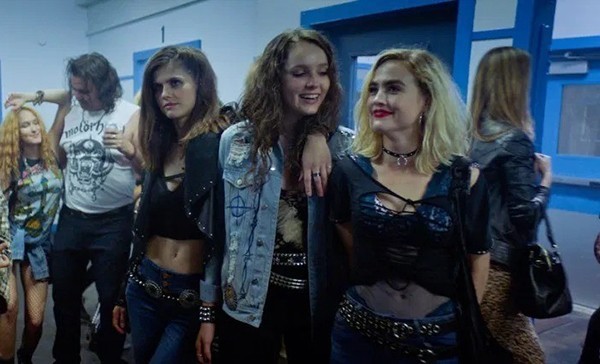 The era of Satanic Panic from the 1980s is ripe with enough fear and paranoia to make countless films out of, and the filmmakers behind We Summon The Darkness seems to capture that very well here. The entire ’80s vibe thankfully, never comes off like a joke and feels as organic as it can. With a show like American Horror Story tackling the 80s and slashers, you’d think this would be well-worn territory by now, but this Marc Meyers-directed film still makes this era feel fresh and fun.

And on the top of fresh and fun, it’s lovely to see more of Alexandra Daddario. This ’00s scream queen needed a new horror movie under her belt after years of mainstream work, and this is perfect for her. Daddario teaming with Maddie Hasson and Amy Forsyth here makes for quite the trio, each woman adding something to the overall experience. We Summon The Darkness leans into the “women running horror” motif, which is perfect when diving into anything ’80s-inspired. Daddario’s Alexis won’t stack up next to icons like Laurie Strode and Nancy Thompson, but she’s a fun modern spin on the final girls we know and love. 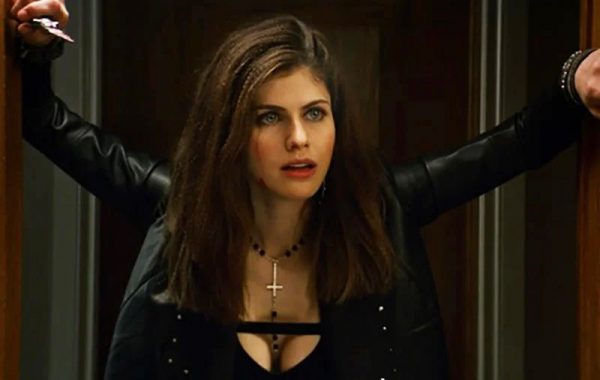 Though, it does seem like our male characters – Mark (Keean Johnson), Kovacs (Logan Miller), and Ivan (Austin Swift) – get sidelined a bit throughout the film. Not even in terms of their screentime but the way they’re characters are developed and handled. Our trio of women get lovely layers to their roles, but the same doesn’t work for the other men. Johnny Knoxville’s pastor role is a breath of a fresh of air here, as he adds something different to this horror stew.

Horror comedy is a tough genre to perfect, with the jarringly different tones not something all filmmakers can handle with ease. We Summon The Darkness does go back and forth between its strangely different styles, and there’s no shame in that. The film does have its feet firmly in the middle as you know from the start it’s not meant to be too serious, but that doesn’t mean the film doesn’t get dark or brutal.

Something I enjoy with this is how it lures you in a bit, it gets you to have a little bit of fun and loosens you up for its later attack. Nearing the end of the film is when I looked back at the beginning and questioned how we even ended up here, which is a sign of a good ride. Not saying it wasn’t bumpy along the way, but I can’t deny the ending made up for any of the lackluster second act. Especially once we see how messed up the night at Alexis’ turns out.

We Summon The Darkness is the type of horror film you throw on with friends and have a blast with the kills and nostalgia. It’s not meant to break any new ground or stir up awards buzz, which it feels like horror fans only want these days.

This film is a straight-up enjoyable romp with enough meat to sink your fangs into, and probably even come back for seconds. Marc Meyers continues his march into indie horror leadership, and if this bloody satanic comedy is anything to go by, the reign of Meyers will do the genre some good.