Convict Games has today released their award nominated stoner noir adventure Stone on the Nintendo Switch. Get ready to follow the adventure of a lovable koala private investigator as he journeys through bars, clubs and theatres on a mission to recover his memories of the previous night. 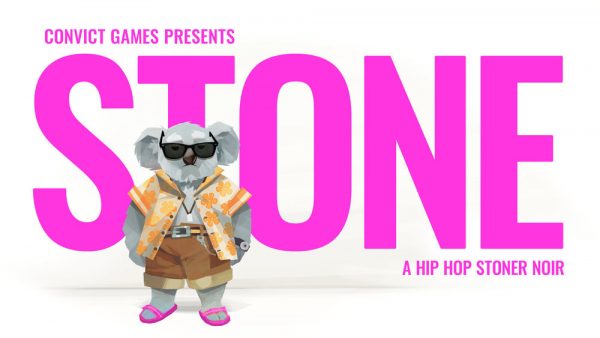 Stone is a narrative-driven noir adventure that follows Stone, a koala private detective, as he sets out on a personal mission to piece together the fragments of his memory from his hedonistic night on the town. If being hung-over wasn’t bad enough, Stone receives a phone call that threatens the balance of his life as he realises the disappearance of someone special.

As Stone, players will embark on the journey that leads him through an assortment of bars, nightclubs and theatres of Oldtown and will interact with an eccentric cast of anthropomorphic characters using hard or soft interrogation tactics.  There’s puzzles to solve and also a number of side activities to take part in, including dancing to brick-in-a-washing machine techno, drinking beer or cocktails, and even watching some public domain classic films.

“Nintedo Switch players can finally play our Aussie Stoner noir. It’s perfect for the couch, on the go and is absolutely stunning to see it on the big screen!” – Greg Louden, Chief Convict writer and director. “Stone is an interactive story I’ve always wanted to tell and play. I wrote, direct, programmed, funded and produced the entire project, and it feels incredibly liberating to break free and to release Stone completely independently.”

Stone is available now from the Nintendo eShop.