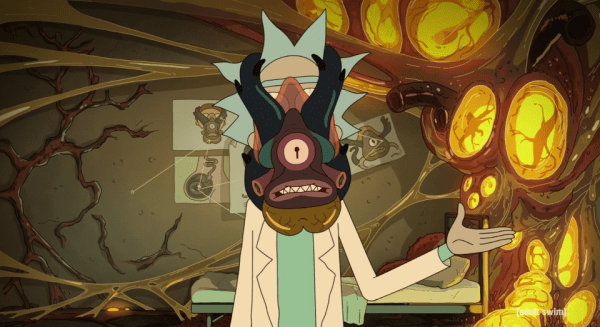 After diving deep into their own mythology last week in one of the show’s most daring episodes in some time, Rick and Morty got back to basics this week with a fairly standard adventure.

Given the genre of Rick and Morty, it is quite amazing that it has taken the show four seasons to parody the Alien franchise but here we are. Promortyus sees Rick and Morty stranded on a planet full of face-hugger inspired animals whose whole life-cycle comes to an end in a matter of minutes.

The episode picks up halfway through their adventure, with Rick and Morty realising they are being used as hosts by the face-hugger species. They then return home only to realise they forgot Summer. When return to find that she is now the ruler of the kingdom and we get a nice little narrative twist when we get to see the first half of Rick and Morty’s adventure play out halfway through the episode. 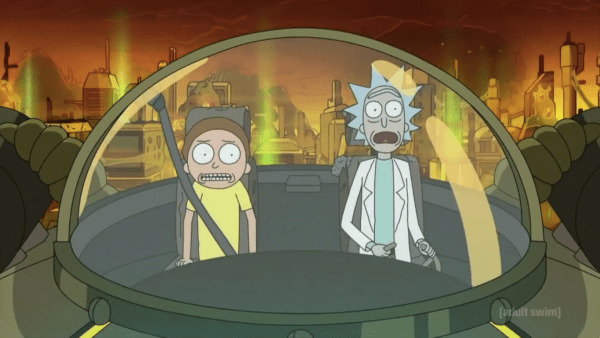 Promortyus is very much a middle of the season episode from Rick and Morty. There were some solid gags in there and the final scene, which basically revealed the whole episode was just a set-up for a poop joke, was amusing. Jerry’s new beekeeping hobby looks as though it could also supply the episode with some laughs, but this one would have benefitted from having a side-story taking place.

Picking up the story halfway through providing a nice change of direction and Rick’s little run as a disgruntled YouTuber was amusing. Effectively though, this was Rick and Morty on cruise control. The episode was full to the brim with sci-fi references and adult jokes, with little to no emphasis on any sort of character development or the bigger picture. It was an enjoyable enough outing, but one you will likely have forgotten about by the end of the week.

Verdict: Like a lot of Season four, Promortyus was a fun but fairly forgettable adventure from Rick and Morty.