Sideshow has released promotional images for the Deadpool Premium Format figure. The Marvel collectible is available to pre-order now, priced at $655; check it out below along with the exclusive version that includes a Cable Doll that can attached to Wade’s belt… 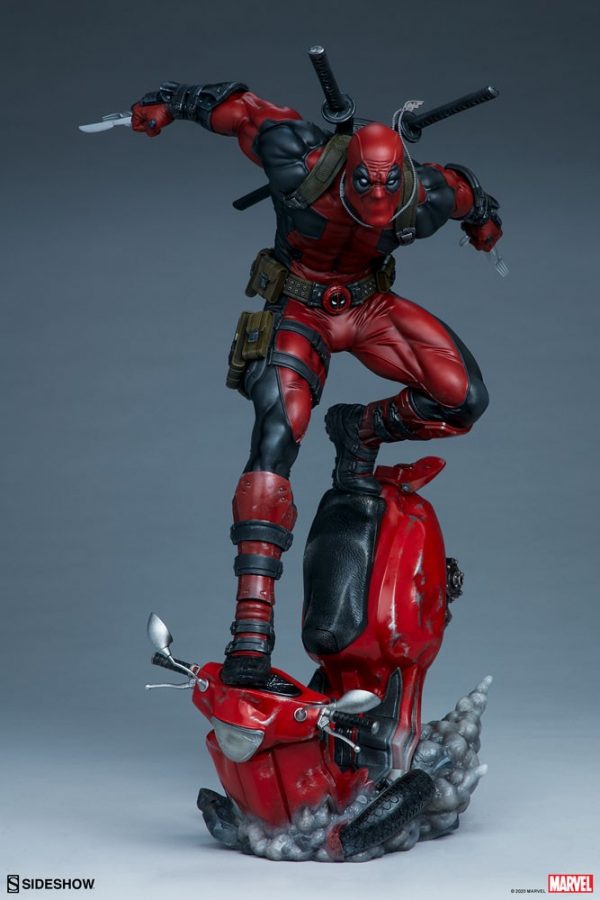 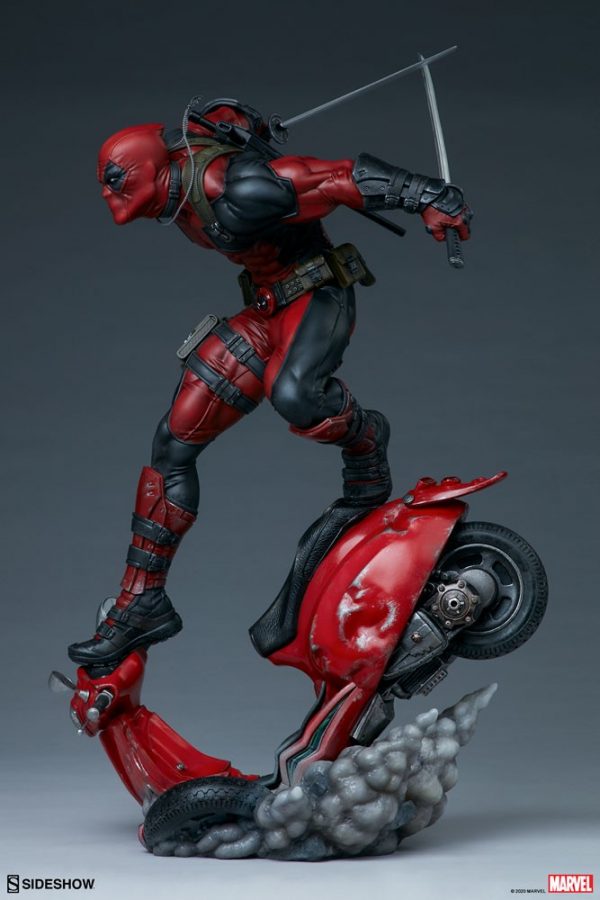 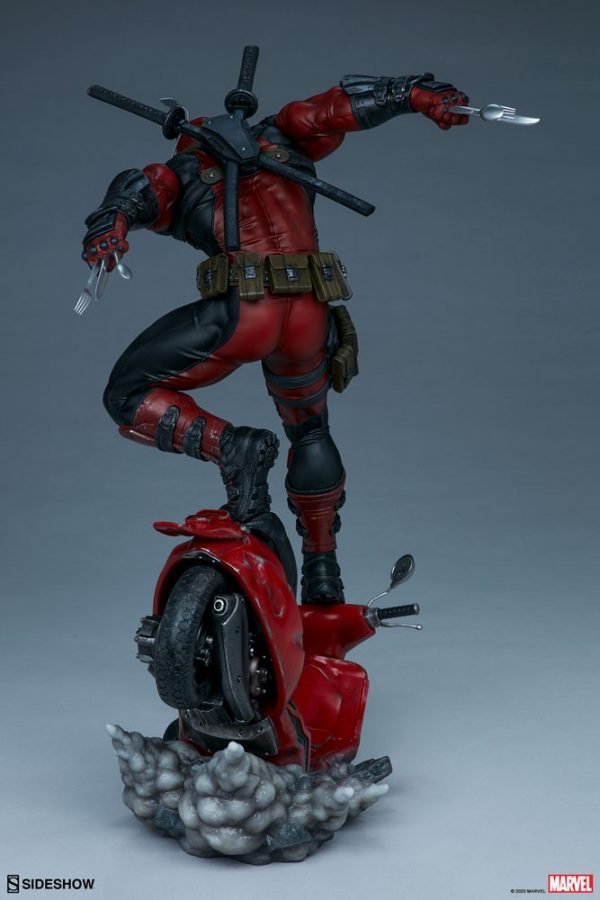 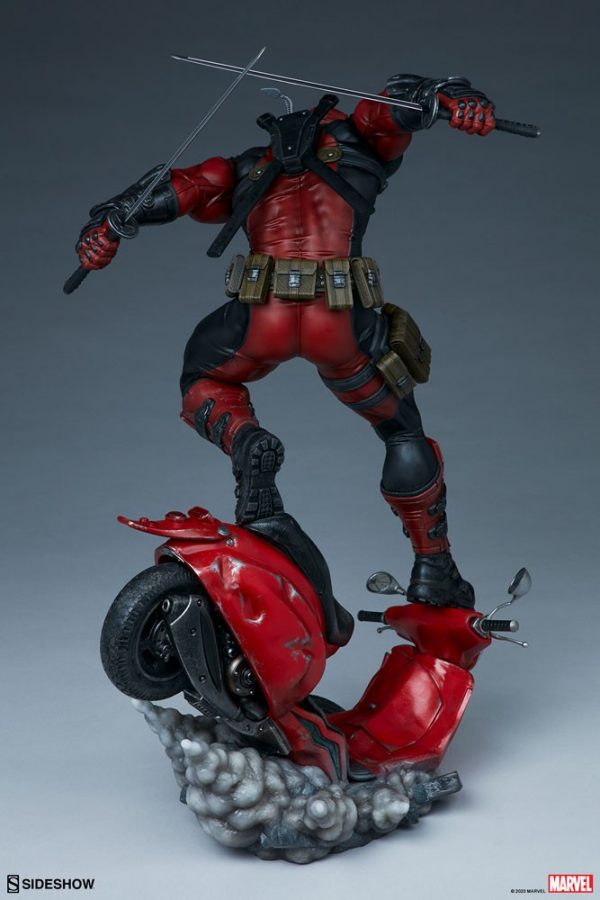 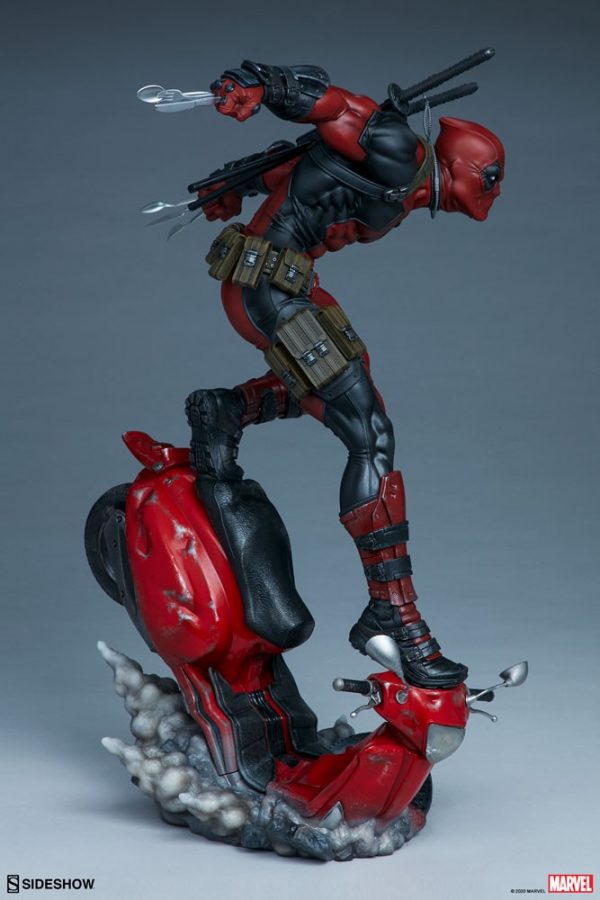 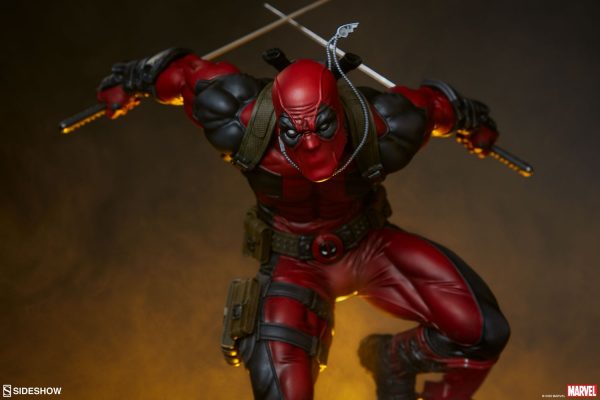 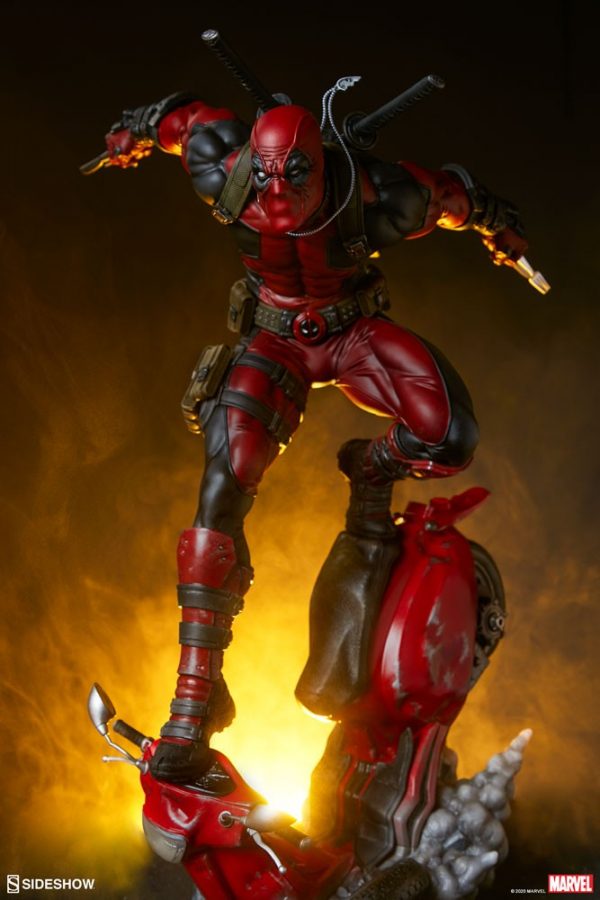 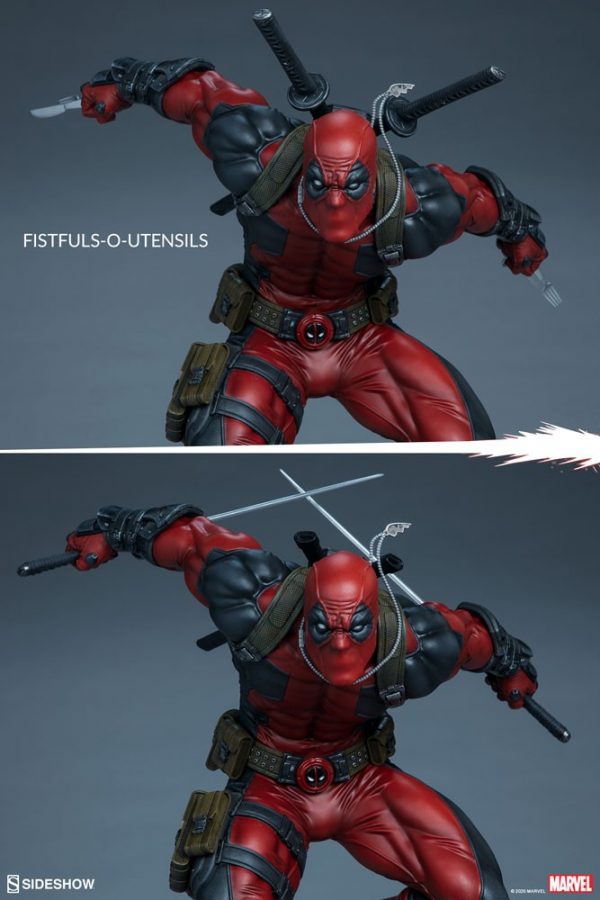 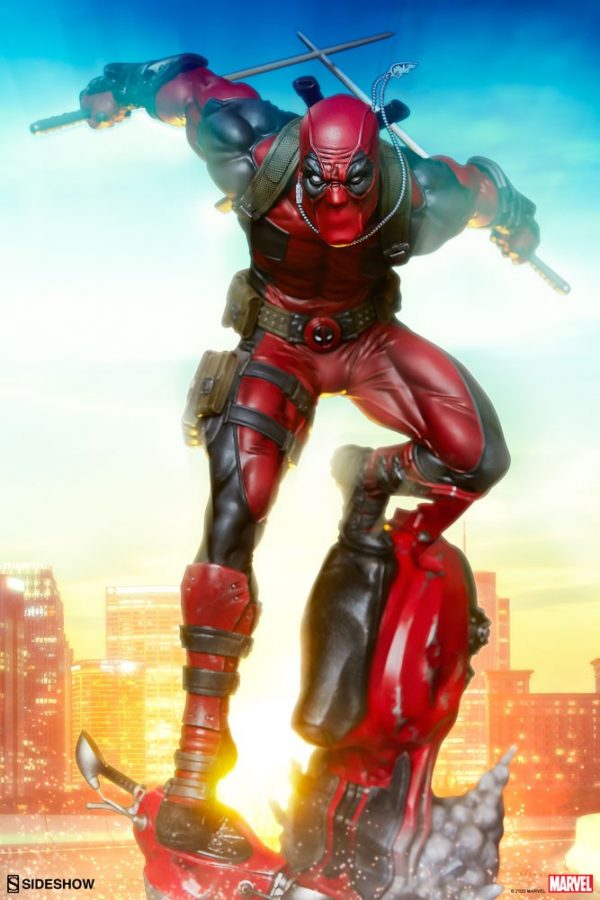 And here’s the exclusive version… 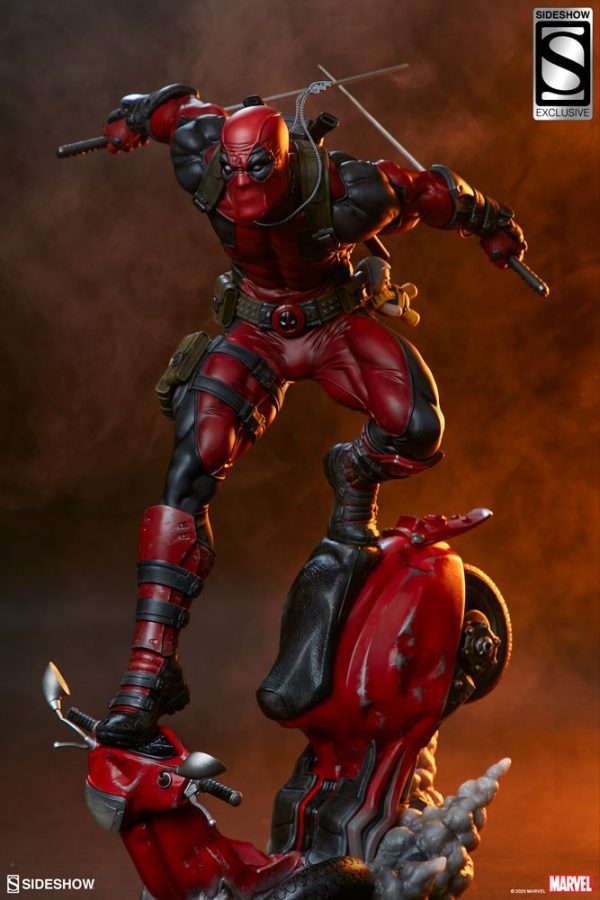 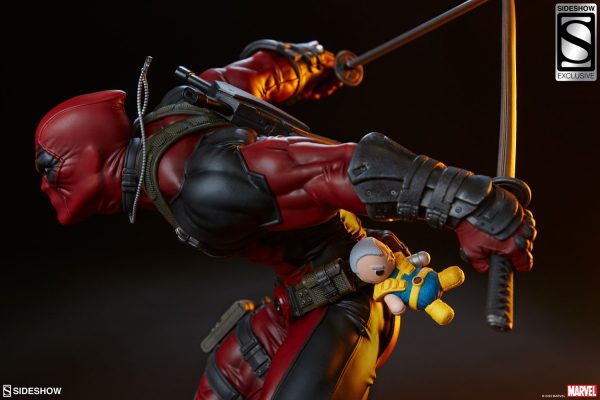 Sideshow presents the Deadpool Premium Format™ Figure, skidding his way into your universe of Marvel collectibles.

Coming in hot! The Deadpool Premium Format™ Figure measures 20.5” tall as Wade Wilson makes his epic entrance on a crashing red scooter, kicking up a cloud of smoke behind him. Deadpool comes brandishing his signature katanas, but also includes a pair of swap-out hands with fistfuls-o-utensils, just in case the Merc with a Mouth needs to knife, fork with, or even spoon the baddies.

The polyresin Deadpool Premium Format™ Figure features a fully sculpted black and red tactical costume based on his appearance in Marvel Comics. His trademark uniform features armored elements, pouches (they’re coming back in style!), and just the perfect amount of chiseled musculature to tastefully distract Wade’s enemies (thanks, artists!). Deadpool’s masked portrait has a look of fierce determination as he really tries to stick the big battle landing. And we’ll give you one guess as to who has the other half of the Best Friends necklace on Deadpool’s neck- he’s a part-machine time traveler with a gruff attitude and a big gun. That’s right! It’s the Term… Cable. It’s Cable.

Without the pesky fourth wall in your way, you have just the right amount of space in your collection to bring home the Deadpool Premium Format™ Figure today! (And if you’re craving chimichangas, maybe he’ll let you borrow his utensils.)