Jessie Robertson reviews the eighteenth episode of The Flash season 6… 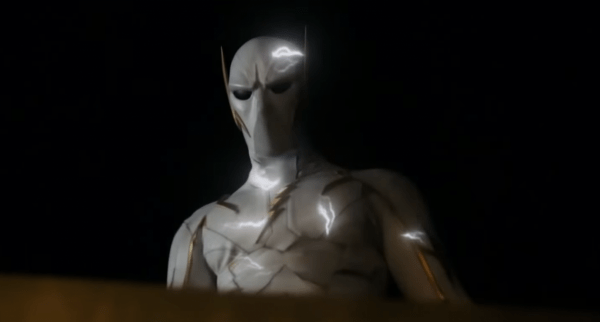 So, we’ve been here before. A handful of episodes until the season finale and all hope seems lost. We need a good episode to stray off the path before we hunker down with the big denouement of season’s end. This season, it’s with hero/villain Hartley Rathway, or better known as Pied Piper. When another version of Godspeed arrives to siphon off what speed Barry has left, Team Flash is left with little options on how to combat him.

Tonight’s episode felt a bit disjointed. Like all season long, we jumped around quite a bit but it felt a bit jumbled tonight as opposed to feeling like a great panel layout of a comic book. We get a 30 second scene with Joe hiding out in a dumpy hotel in wit-sec and we didn’t even get that great Joe West pep talk. We get a long backstory of Piper’s “henchman” Roderick who the Flash turned into a flashing image during a battle after Crisis. We get Ralph paying Frost a couple visits as she’s about to go off and see her (Caitlin’s?) mother in a weird bit of identity crisis I had never even thought of. And we see the team pretty low, with Cisco and Barry at each other’s throats on how to proceed. 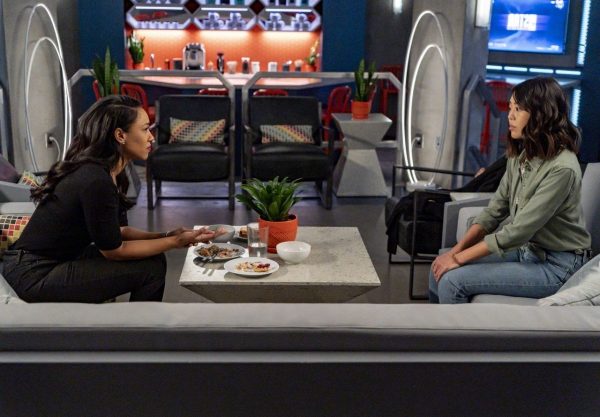 Tonight’s best moments came with the heartfelt speeches the show is known for, first from Nash trying to keep Barry from losing and using a great callback to his origin episode earlier in the season. Cisco has a scene that mirrors this with Cecile and every week she’s on the TV, I’m more and more convinced she’s become an essential piece to this team. Even later still, Barry is allowed to make, an albeit shorter version, to the team to pick them up from the muck and find a way to get their family back. Then, there’s the special effects. They were on another level tonight. Godspeed’s white lightning storm erupting from the top of that skyscraper was cinema quality of the highest and that vicious fall on top of a jeep and his focused sound blood dripping out all were cool in different ways. Also, I can’t not mention Ralph’s presentation of his “Dib-ploma” to Frost and her reaction; still got a snippet of that great Flash goofy comedy in tonight’s serious and downtrodden episode.

One head scratcher I’d pondered previously is where exactly can Iris go in this Mirrorverse? She mentioned finding Kamilla and Singh last week but how? Well, this week she just walks into Mirror-Star Labs and there’s Kamilla. So, is this basically Central City at her fingertips? I’m assuming so. Iris is suffering from “neural dissonance” and I like that there is a side effect to being trapped in that world which also puts more drama into Barry finding her and saving her in time before her brain is fried, or whatever the long term effect is. 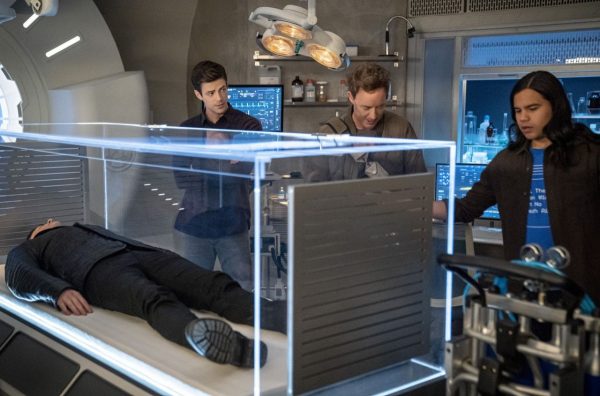 Rating: 7/10 – The strength of this overall arc is too high to even let an average episode really drag down the season. This was a save point before we hit the final boss, which due to lockdown, next week’s episode is the finale, so it will be very interesting to see where and how we leave off this season.