With their acclaimed turn-based tactical game Warhammer 40,000: Mechanicus proving to be immensely popular on PC, Kasedo Games has announced they will be releasing a console edition this July for Xbox One, Playstation 4 and Nintendo Switch.  The might of the Imperium’s Adeptus Mechanicus will be at the player’s command through an in-depth story written by Ben Counter.  Check out the new teaser trailer below…. 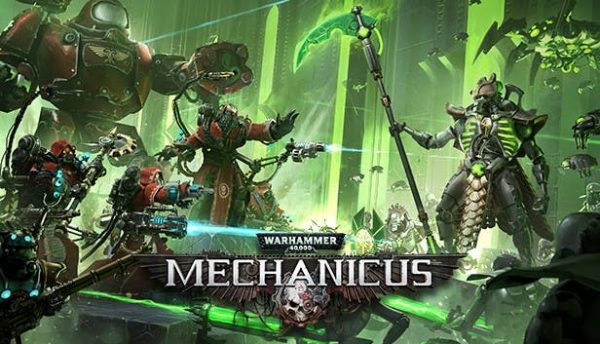 In Warhammer 40,000: Mechanicus, lead the armoured might of the Adeptus Mechanicus, its devoted Tech-Priests and forces of Imperium troops on a mission to salvage ancient technologies from the mysterious tombs that lay beneath the surface of the planet Silva Tenebris.  The tombs are not abandoned or deserted but instead are the home to the slumbering, mechanical, souless creatures known as Necrons.

As well as the base game, the console edition will include the Heretek DLC.  This DLC will provide those loyal to the Emperor with a glimpse into the darkness that runs through the Adeptus Mechanicus faction.  Players will fight five new missions against heretek Tech-Priests using new disciplines, troops and unlockable firepower.

Warhammer 40,000: Mechanicus  storywill be available for consoles this July.  A special Omnissiah Edition will also be available and includes the game’s atmospheric soundtrack, the ‘Deus Ex Mechanicus’ short story by Andy Chambers, a digital artbook and the hard-hitting melee weapon, the Arc Scourge.