Sideshow has unveiled a batch of promotional images for Star Ace Toys’ 1:6 scale My Favourite Movie Series Lord Joker deluxe figure which is based on the Clown Prince of Crime’s appearance in Batman Ninja. The DC collectible is available to pre-order now, priced at $279; take a look at the figure here… 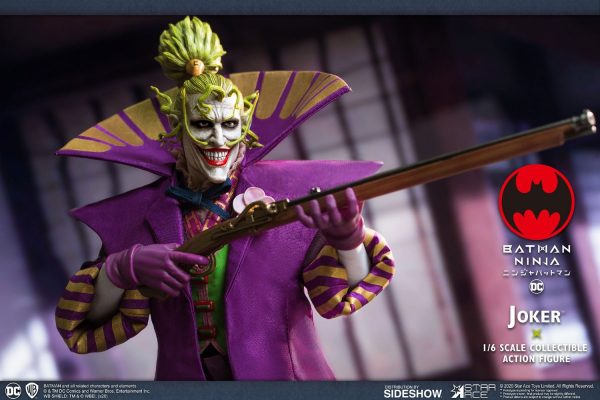 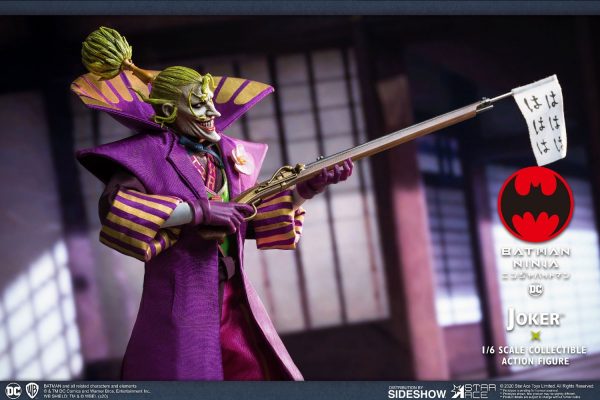 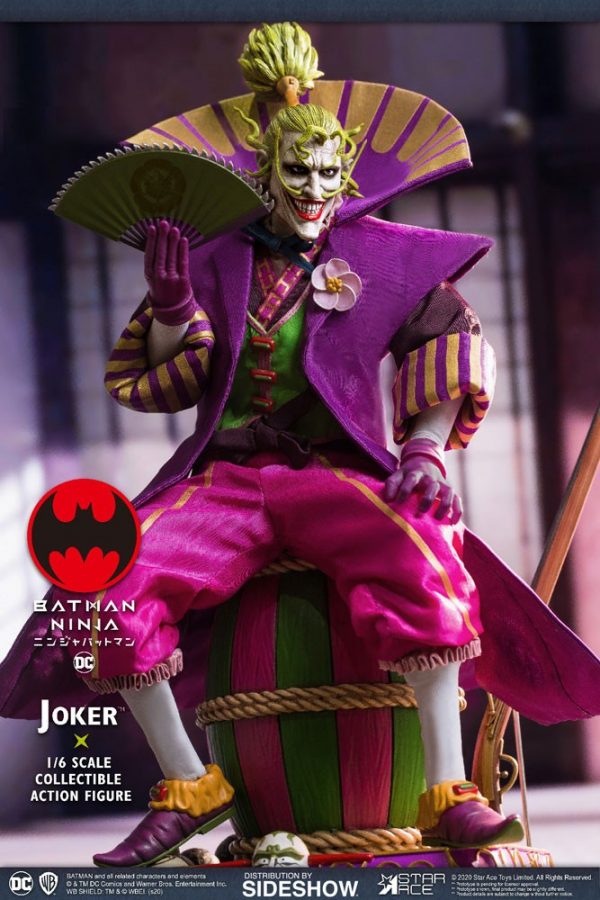 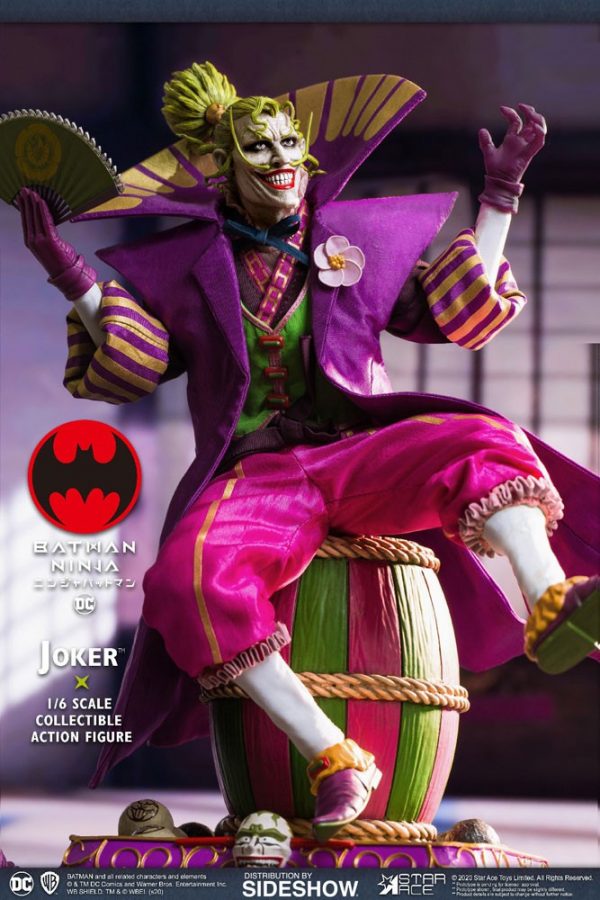 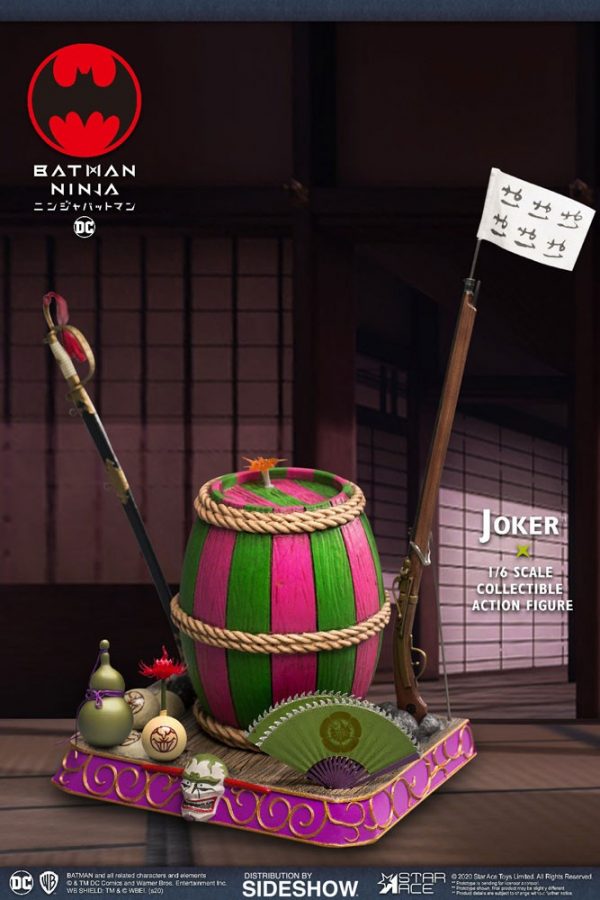 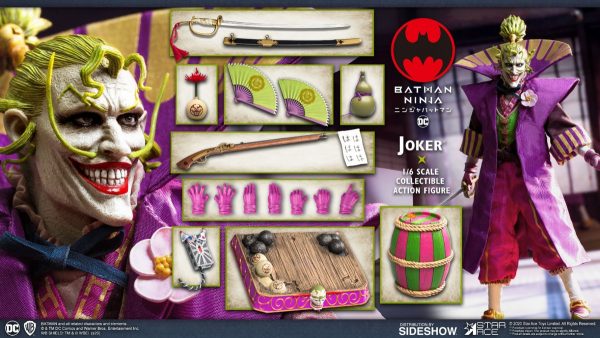 “Haven’t you heard? Everyone’s been calling me Diruku Tin Mao, the Demon King, the Most Powerful Man in Japan! But you can call me… Lord Joker!”

When Batman, his sidekicks, and villains are transported back in time to Feudal Japan, Joker becomes warlord and rules the land as Lord Joker. Without his modern technology, Batman and his allies must take on the powerful crime lords using only the weapons available.

Based on Takashi Okazaki’s unique design, this 1:6 scale Lord Joker figure features his Feudal Japanese outfit and period appropriate accessories – such as bombs and razor-edge fans. The deluxe version comes with a rifle and an elaborate diorama base with a gunpowder barrel ready to explode.