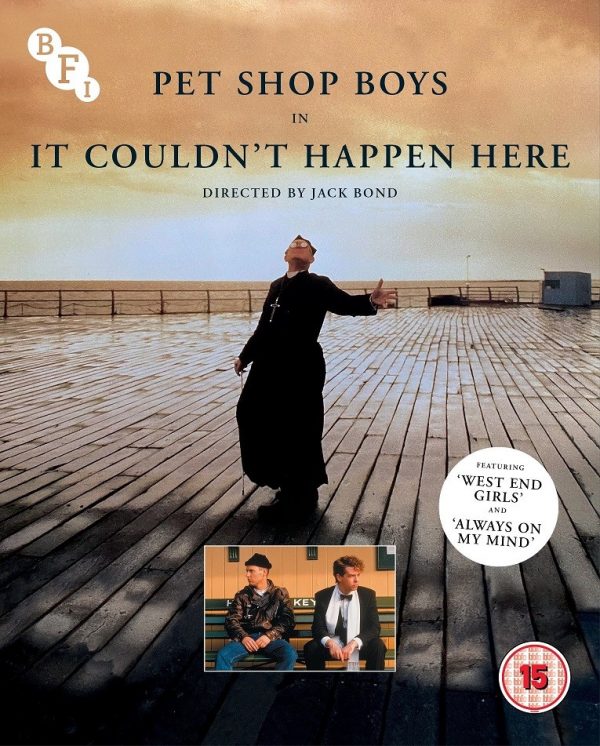 A surreal journey through the British seaside and the work of the Pet Shop Boys. 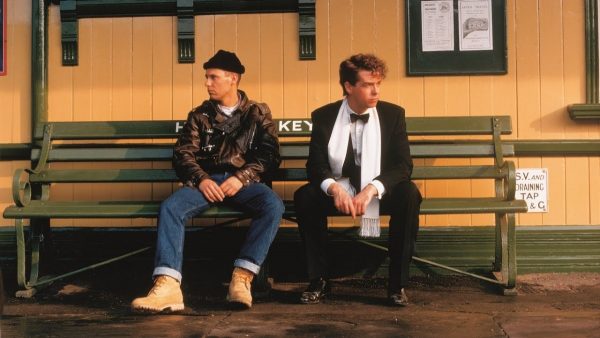 Much of British cinema tries to ape America. Often, the country’s film business seems ashamed of its heritage and shies away from depicting the quintessentially British. This is never true, however, of movies set along the British coastline. Whether it’s the Brighton-set centrepoint of Quadrophenia or more recent films like Jellyfish and Eaten By Lions, the stench of fish and chips and the call of absurdly muscular seagulls is deliciously palpable when the seaside is evoked on screen. That’s certainly true of Pet Shop Boys vehicle It Couldn’t Happen Here, which is getting a new disc release courtesy of the BFI and brings surrealism to Clacton-on-Sea.

The movie is a strange, often baffling journey into the world and psyche of Neil Tennant and Chris Lowe, playing versions of themselves, as well as other characters within the story. An ensemble of recurring faces, including the clownish Gareth Hunt and the always watchable TV icon Barbara Windsor, appear in various roles throughout the unusual dreamscape of the movie. This is a film that features an absurd joking uncle at a B&B, but also depicts two men wearing face paint leading a zebra on to a railway train.

It would be absurd to try to apportion any specific meaning to It Couldn’t Happen Here. The movie is not an attempt at straightforward allegory, but rather a meandering odyssey of weirdness that eludes any sort of rational interpretation. Through the eyes of director Jack Bond, it’s effectively a loose collection of skits, linked together by impressive performances of some of the synth-pop legends’ biggest hits, including ‘It’s a Sin’ and their cover of ‘Always On My Mind’. 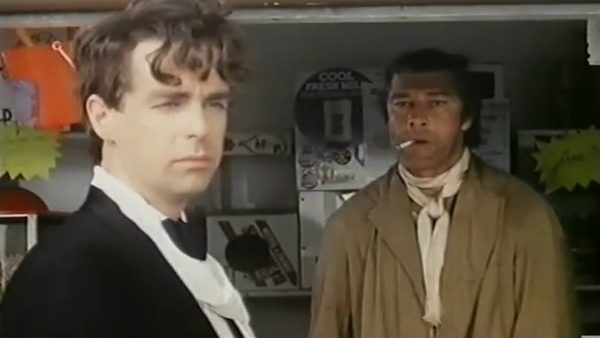 Neil Tennant effectively leads the movie and does the majority of the talking, exuding suave and slightly smarmy charisma, with Chris Lowe’s role a more taciturn one. The movie weaves seamlessly between bizarre dialogue interludes and musical numbers, with former Strictly Come Dancing judge Arlene Phillips responsible for the excellent, gymnastic choreography exhibited in these scenes. It Couldn’t Happen Here comes alive in these scenes, which are far more compelling than the occasionally creaky skits that join them.

This is every inch a distillation of the weird inventiveness of 1980s electronic pop music, with the Pet Shop Boys serving as intriguing guides into this world. It’s effectively an elongated music video – and was indeed conceived as exactly that – and lacks any sort of conventional narrative, but still has a feel of the personal. Things only become more subversive and extreme as the film moves to its end, culminating in a bizarre, almost dystopian dischotheque.

It Couldn’t Happen Here is certainly indulgent and, for many, its self-conscious artfulness and oddity will just be too much. However, for those willing to dive into the surreal for an hour and a half or so, there’s plenty here that is genuinely rewarding – even if it doesn’t make a lick of sense. 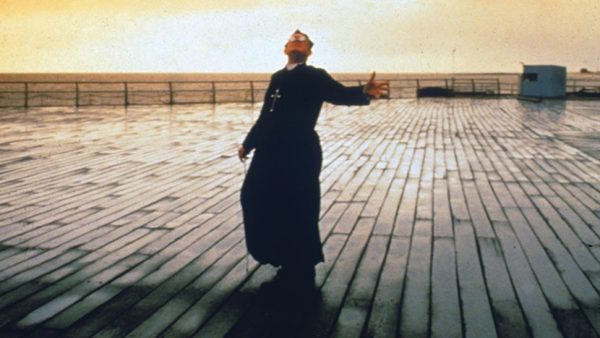