Seven years ago this month, the Superman film franchise was revitalized with a reboot from director Zack Snyder and writer/producer David Goyer in the form of Man of Steel. It’s crazy to think of that as the beginning of the DCEU and seems a lifetime ago given all the controversies surrounding the films since, but this is a mark that should be celebrated. I believe Man of Steel to be the modern origin and story Superman needed for today’s world and is perhaps the best film in the DCEU thus far. 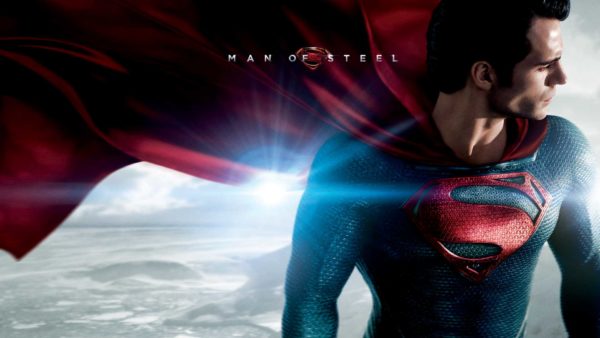 One of the perceived difficulties of bringing Superman to film is how ‘unrelatable’ he is as a character and hero. It’s often that we hear Superman is too good; he’s too strong; no one can relate to anyone with that much power. When you break it down, Superman is an alien from another world who can fly, shoot lasers out of his eyes, is invulnerable and the strongest being on the entire planet. He’s basically a modern day Hercules and people can’t possibly relate to that.

Man of Steel proves this thinking wrong by focusing on Clark Kent’s journey of self-discovery and his first steps to becoming Superman. Where Zack Snyder succeeds is by placing the ‘man’ before and above the ‘super’, showing Clark as a young adult unsure of his place in the world and searching for answers about his heritage and reason for being. Even after he discovers he’s from Krypton and puts on the suit, the film still treats Clark as an important character in his own right and follows him on his first day of being a superhero. 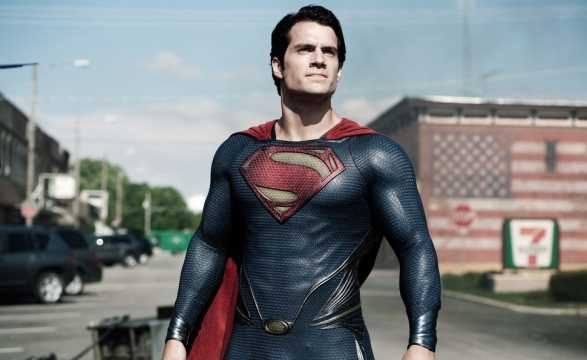 Aside from focusing on Clark’s journey, Man of Steel also plays with the formulaic origin story seen in most superhero films. While it does obviously depict Superman’s origin, the film also plays itself as a first contact alien invasion film as humanity encounters Kryptonians for the very first time and learn just how unmatched they are. One of the big strengths of Man of Steel is how the film realistically plays with Superman’s appearance as an unpredictable factor in a tense situation and the response over Zod’s arrival from both the media and military.

It’s the aspect of realism that the film and Snyder are often both praised and criticized for. The film treats Superman’s presence as realistically as possible, showing what happens when aliens fly around cities fighting each other to the death, causing a great amount of destruction in the process as regular citizens get caught in the middle. Most superhero films don’t treat the characters, battles or world with that much realism. The closest films to do so are Christopher Nolan’s Dark Knight Trilogy, asking what kind of response there would be to Batman’s presence. Man of Steel does the same thing (and its no accident since Nolan is one of the film’s producers) and while people complain about the level of violence depicted, its treatment of Superman’s powers and what two Kryptonians fighting would really result in ground the film in an awesome and terrifying way. 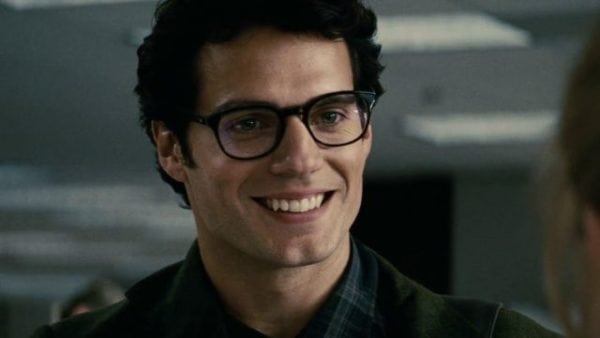 Henry Cavill owns the role of Superman and is one of the best aspects of the film. He perfectly captures Clark’s feelings of displacement at the start of his journey before becoming confident with his identity and purpose. Cavill embodies everything great about Superman, from his charm to heroic nature and he really makes his performance heartfelt. It’s often been criticized that Cavill’s Superman is ‘joyless’ and doesn’t smile, but there is a lot that Cavill does that I believe adds joy to both the film and the character. The most obvious example is when Clark flies for the very first time, having a huge smile on his face for most of the sequence or his relationship with Lois Lane and his mother, Martha Kent. Let’s not forget the cool confidence he has once he adopts more of Superman’s classic character traits, telling military officials “You’re afraid because you can’t control me. You don’t and never will, but that doesn’t make me your enemy.”

As I had mentioned before, Man of Steel does a great job at depicting Superman’s literal first day on the job. From the time Zod introduces himself to the planet, everything happens in a relatively short amount of time. It’s no wonder so much damage occurs and that Superman is partly responsible since he had never been in fights like these before. It actually makes him even more relatable here as superheroes are more times than not shown to be perfect the first time they reveal themselves. By focusing of Clark’s lack of experience using his powers to this degree, it paints him as a more human figure as he navigates his power set in the midst of a crisis.

One of the real unsung aspects about Man of Steel, however, is Amy Adams’ Lois Lane. Lois’ depiction in previous Superman films has often been a sore spot for most fans as she remains clueless to Superman’s real identity and a damsel in distress most of the time. Here, though, Lois not only knows Superman is Clark Kent, but she discovered it all on her own. Her investigation into Clark’s various acts of heroism and disappearances led her straight to Martha Kent’s door, something no other iteration of Lois has ever done. Lois is shown to be smart, clever, heroic, but most of all, kind. She chooses consequences to her own career rather than reveal Clark’s secret by writing a follow up piece on the Kent family. Lois’ integrity is shown throughout the film and Adams really delivers a solid performance as the famed journalist.

Another great highlight of the film is Clark’s relationship with his parents, most importantly Martha. The death of Jonathan Kent is one issue I have with the film, not just because the manner of his death could have been handled better but for killing him period. In Superman tales where Jonathan dies during Clark’s teenage years, I feel it loses something special since their dynamic in the comics is so great. Jonathan, however, is shown to be doing the best he can with Clark and dealing with the ramifications of his presence in another realistic way. As much as fans might hate that “Maybe” line from Jonathan when asked if Clark should have let the other kids die at the expense of his secret, Kevin Costner’s reaction shows he doesn’t really believe that, but what father wouldn’t want to do whatever it took to protect their child? 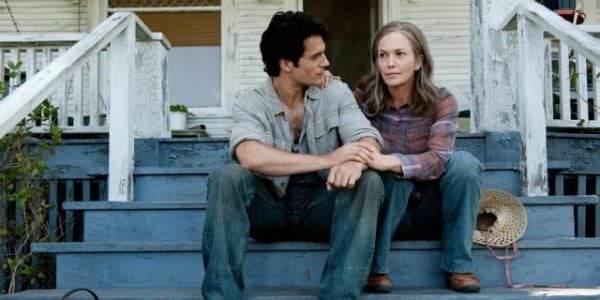 One advantage to Jonathan’s absence is the bigger role Martha Kent is given. In none of the other Superman films has Martha been treated with as much respect and gravitas as she is here. Man of Steel not only focuses on her love for Clark and fear of her only child being taken away, but highlights Clark and Martha’s great mother/son relationship. The moment where her interest piques when Clark mentions Lois is just ‘a friend’ or how she isn’t fazed at all by his suit, not to mention her fearless defiance of Zod when he shows up at the farm, all show Martha’s love for Clark and Diane Lane’s great performance.

Of course, however, one of the other aspects of Man of Steel that almost everyone agrees on is Michael Shannon’s performance as the Kryptonian despot General Zod. The film succeeds in making Zod one of the best villains in a superhero film by making him threatening, but also relatable and even sympathetic to a degree. His motivations are totally understandable and it’s clear he sees himself as the hero, just one given cart blanche to do whatever needs to be done to save Krypton and his people. There’s a sense of honour and nobility to Zod and had he chosen a different path, he and Superman could have made a great team. And while the most controversial action Man of Steel takes is Superman’s killing of Zod, it does place a great amount of emphasis on Superman’s reluctance to do so, but also adds some excellent context to Superman’s no kill rule as he not only knows the despair of killing, but how precious life is now that his species is virtually extinct. 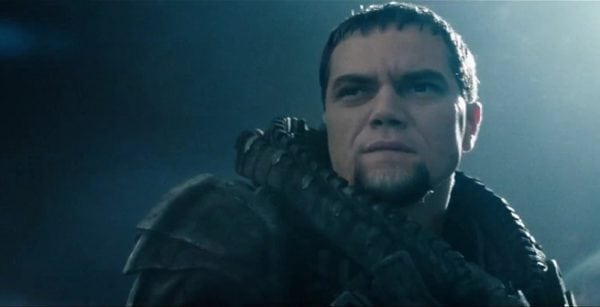 Putting aside the performances, characterizations and story for a moment, just think of how great technically Man of Steel is. The cinematography is excellent, the graphics are great as Superman has never looked this good in flight and the fight scenes are among the best done in the superhero genre. It really captures the scope of Superman’s strength and what a battle between aliens of this nature would look and feel like. There are some gorgeous shots that seem ripped out of the comics and Hans Zimmer’s score is a character in its own right with his new Superman theme, ‘What Are You Going To Do When You’re Not Saving The World?’, being a great, emotional and bombastic celebration of the Superman character.

Man of Steel is the modern retelling of Superman’s origin we needed. It not only places Clark Kent at the forefront, but deals with his journey in a relatable way that resonates with today’s culture and social climate. The cast does a great job in their portrayals with Cavill, Adams and Shannon being the standouts among them. The realistic aspect of the film makes Superman that much more awe-inspiring, but the heart of the film is on his emotional journey as he takes his first steps to becoming the world’s greatest superhero. Because of all this, Man of Steel is, without a doubt, one of the best superhero films we’ve got in the golden age of the superhero genre.

A version of this article was previously posted in June 2018.