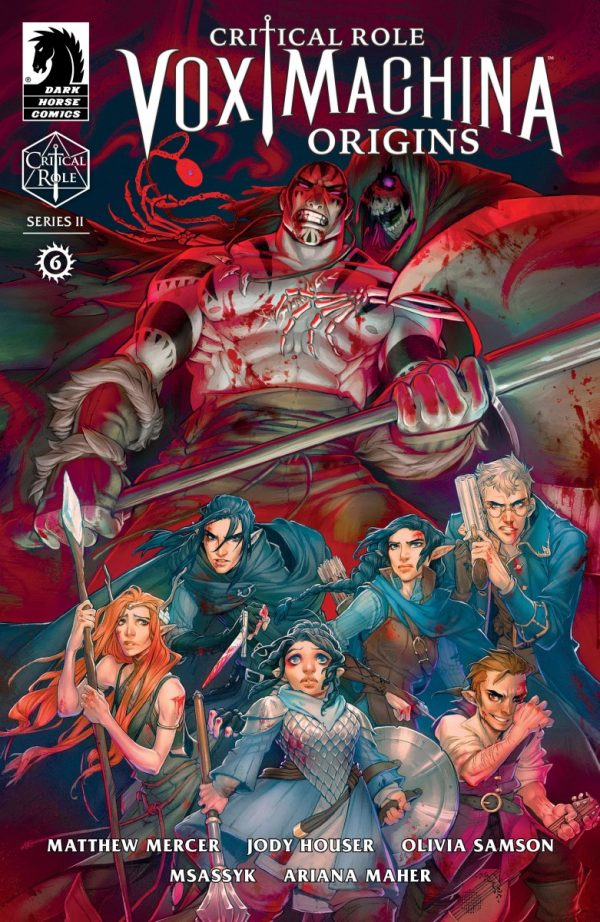 After the party split to gather items in an attempt to save Grog, the teams rush to return their successfully obtained items along with their strange new party member. Team Nightmare and Team Nymph Heart are in a desperate rush to return to tower of the Realmseer, where once everyone regroups the ritual can take place.

Now this is the final issue of Series II, and if you are a fan of Critical Role and have listened/watched Series I, well there is a good chance you know how this turns out. The storytelling in these comics is very well blended with the characters’ personalities and quirks. The way Scanlan is the wise cracking Gnome plays exactly how the actors play the roles on the show; everything here is an extension of the world we are already used to inhabiting on a weekly basis.

This series has focused on the cleansing of Grog Strongjaw who has been cursed after a mysterious vision of his father called out to him. We do find ourselves at the 11th hour and the curse almost taking hold, but our heroes are not giving up the fight yet to save our not so gentle giant from possession and a life of servitude.

The artwork in this series is beautiful. With this being the first indication that some people will have into the world created by Matthew Mercer, it feels that the artists have sat down and had in depth conversations to get his imagination onto canvas. The way in which towers are displayed and how the night sky seems to have a mystic red aura to it, the details when examining the panels are packed with extremely beautiful artwork.

The ending to this series once again opens up another door into the next adventure that we will eventually get around to exploring with Vox Machina in the near future.

We hope that now the weekly releases have started rolling out again that the world of comics and pop culture in general can start to see some return to normality. Until then please be safe, and look after yourselves.