With a little over a week to go until F is for Family returns for its fourth season, Netflix has released a poster and trailer for the returning adult animated comedy series which you can check out here… 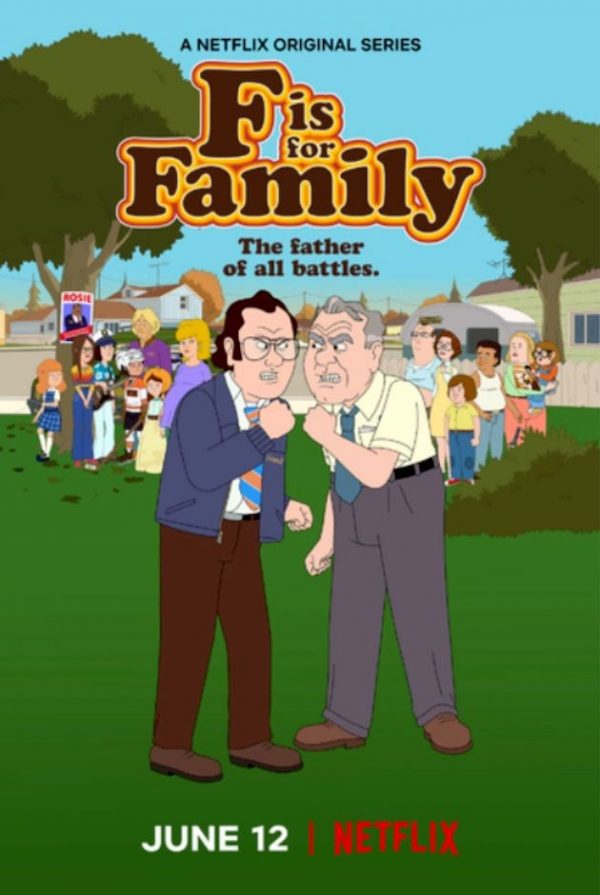 From comedian Bill Burr and EmmyⓇ award-winner Michael Price, F is for Family transports viewers back to the 1970s, a time when political correctness, helicopter parenting and indoor smoking bans weren’t part of anyone’s vocabulary, let alone the norm.

While Frank deals with an unwelcome visit from his estranged father, Sue pursues New Age pregnancy support, and the Murphy kids try out new personas.

F is for Family season 4 arrives on Netflix on June 12th.