Linda Cardellini, who is known for playing Laura Barton, the wife of Jeremy Renner’s Clint Barton/Hawkeye, would love to return to the Marvel Cinematic Universe but not in a smaller role as previously seen before. 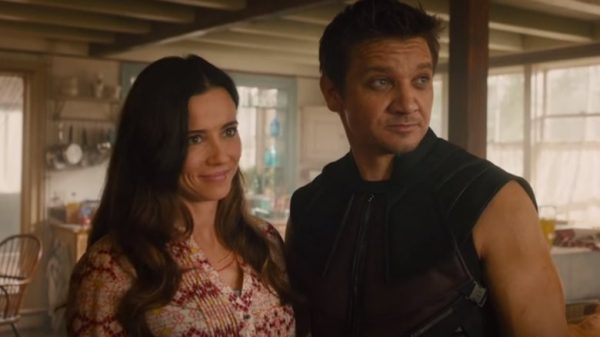 In a recent interview with Collider, Cardellini expressed her interest in reprising her role in the MCU in her own movie rather than as a background character but doesn’t think it will happen because “people are more interested in the superheroes.”

“I mean, you know, it was one of those things where I was sort of brought into the universe and it truly is its own universe. It’s its own entity with this fandom that is incredible and to be part of it is, I don’t know, it’s pretty fun,” Cardellini tells Collider. “My daughter’s friends love it. It’s one of those kinds of things, you know? So it’s always fun. I mean, would I love to see a Laura Barton movie? Sure! But I don’t think that’s gonna happen. I think people are more interested in the superheroes.”

Cardellini first appeared as Laura Barton in Avengers: Age of Ultron when the Avengers take shelter at the Barton family home and later had a quick mention in Captain America: Civil War and several appearances in Avengers: Endgame, at the beginning and end of the film.

Although it hasn’t been confirmed yet, there is a chance Cardellini could return as the character in the upcoming Hawkeye Disney+ series featuring both Clint Barton and Kate Bishop.

Would you like to see Linda Cardellini receive her own movie? Do you think Laura Barton will return in future MCU instalments? Let us know in the comments below or tweet us @flickeringmyth…