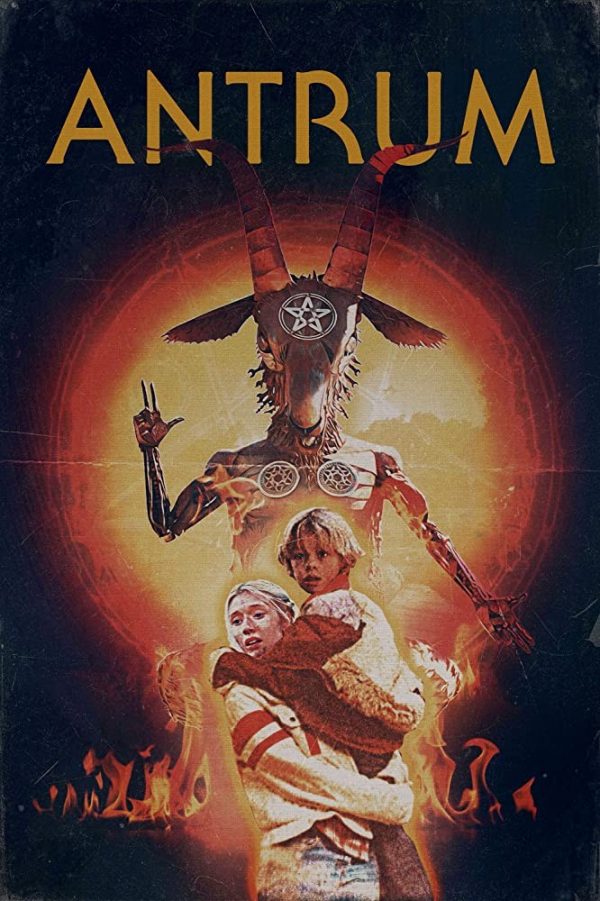 A young boy and girl enter the forest to dig a hole to hell. Said to be a cursed film from the late 1970s, Antrum examines the horrifying power of storytelling. 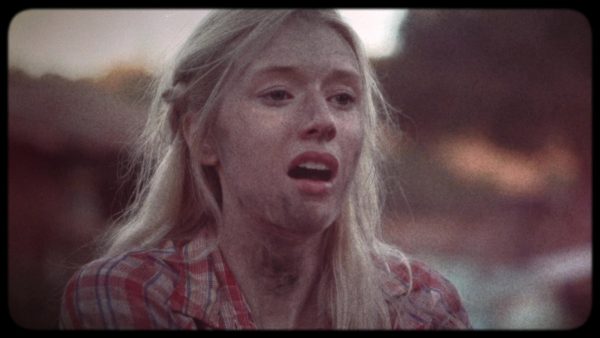 No, Antrum: The Deadliest Film Ever Made will not kill you. David Amito and Michael Laicini’s faux screen-and-die “revival” fabricates damnation in an attempt to gravely embellish another lost 70s celluloid myth – which is also counterfeit. Fake gimmick, fake product, and a phony sensation of danger as your eyes gaze upon what we’re convinced to be forbidden. A movie so wicked, only theater debris and charred bodies remained after the sole Budapest screening incinerated all evidence of the title’s existence (again, purely pretend). Beware all who dare challenge Antrum, because this is not a pleasant experience – unfortunately, for unintentional reasons.

After an ominous introduction by historians and event programmers who debate multiple deaths surrounding Antrum, the film begins. Blondie child Nathan (Rowan Smyth) believes his euthanized pup Maxine is roasting in Hell, so sister Oralee (Nicole Tompkins) organizes a trip into the underworld. The due go camping, under Oralee’s instructions, in hopes of digging a hole to Lucifer’s front gate: the “Antrum.” Nathan wants to save his sweet doggie’s soul, while Oralee hopes to calm her brother’s nerves by reading brimstone incantations and calling upon ancient evils. Banal family vacation stuff, you know. 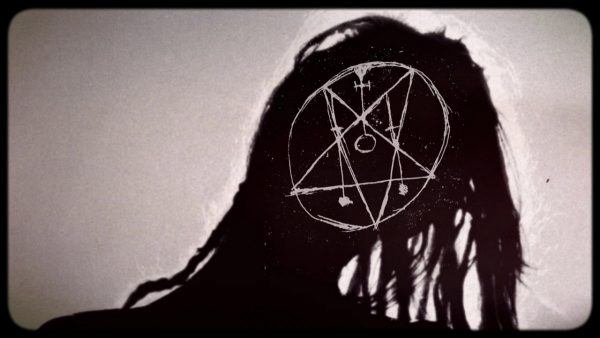 In doing so, Amito and Laicini etch “sigils” over picture cells and distort audio as a means of suggesting blasphemous interference. Triangular symbols, for example, are canonically used in dark magic to summon entities. As we learn in a post-credits explainer, the sigils marking Antrum mean to call upon the demon Astaroth. In theory, we’re supposed to interpret not-so-subliminal messages throughout Antrum as the transfixing malevolence that drove theatergoers to ignite themselves (establishing a sense of dreadful unease). In practice, Antrum‘s forced attempt to conjure infectious hostility isn’t strong enough to distract from an otherwise uneventful representation of daylit Eastern-European horror (sans one midsection stretch where Astaroth peers into your soul, admittedly creeptacular).

The biggest issue with Antrum is an all-talk reality. Interview segments champion this experience that ensures certain doom, but the “film” itself rolls without offering shrieks nor mortal paranoia. Filmmakers “push boundaries” by utilizing an antler-wearing junkyard freakshow, humping a dead animal carcass, which somehow fits into a Pet Sematary riff about cherishing animal bonds. Antrum is unremarkably restrained for a bygone artifact anointed by devastation – and that’s where problems arise. Even acknowledging the proposed premise of being flashed snuff-sacrificial clips every few minutes as siblings disturb unhallowed grounds, never maximizing the unsuccessful trickery at play.

Amito and Laicini explore the “power of storytelling” by scripting their own buzzworthy narrative. Can humans be controlled by audio wavelengths and occult imagery? Antrum proposes interesting hypotheses through visual cues meant to distress, but lacks the enthralling wherewithal to pose any maddened epiphany. A few brief moments represent something more significant, explicitly calling out a gigantic iron goat statue that doubles as a Wicker Man-esque prison, but audiences never feel the horrific implications discussed during introductory hype-ups. Inherent cleverness hopes to elevate an otherwise seen-it-before exercise in genre filmmaking, despite being assured we’ve never witnessed something so hazardous. 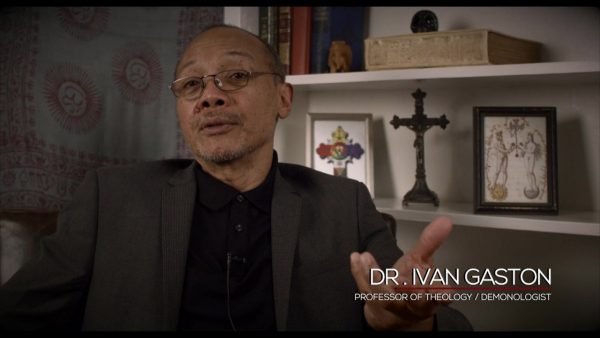 Antrum promises us a barbed passageway to the devil’s door, but ultimately keeps viewers in the doghouse. Establishing backstory conversations set the ensuing premise up for failure, given how David Amito and Michael Laicini are trying to manifest their own “cult” infamy. Deliver a product that makes audiences feel as if they’ve just participated in something sacrilegious or condemning, and word-of-mouth will organically lure curious minds. Subtitle your film “The Deadliest Film Ever Made,” and you’ve already promised something even Rob Zombie’s corpse-craving imagination couldn’t see through. In the frightless case of Antrum: The Deadliest Film Ever Made, all the lectures in the world about why you should be terrified can’t substitute for feelings of actual, petrified fear.