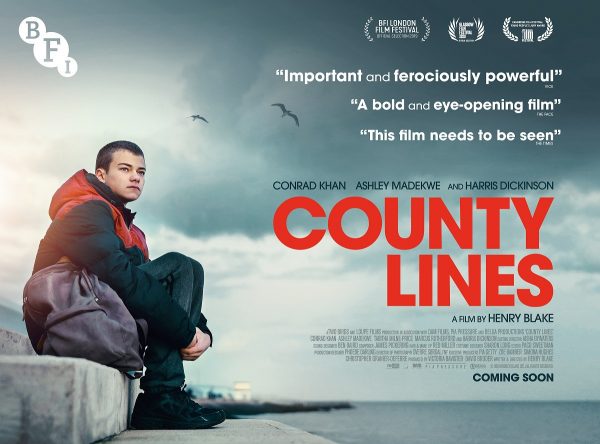 A teenage boy is groomed into becoming part of a dangerous, nationwide drug network. 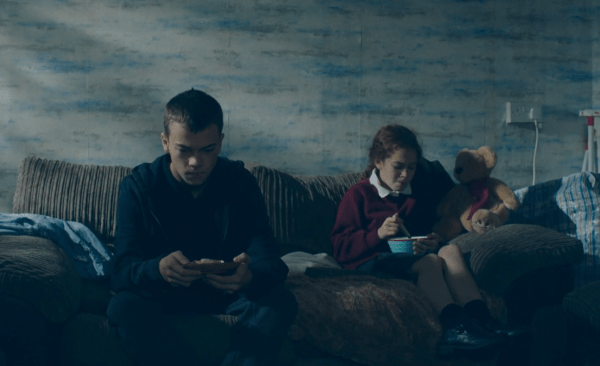 “Do you know what acceptable loss is?” asks a social worker during the opening minutes of writer/director Henry Blake’s feature debut. The question, directed at the baby-faced teen sat opposite, hangs in the ensuing silence as the young boy’s gaze darts between her and the vibrating burner phone clutched in his hand. “Do you know what it is in your business?” she continues. “It’s you.”

This scene plays out twice in Blake’s film. The first time sees the camera linger on the face of the teenager, while the second flips the view, fixing the frame upon the concerned counsellor. It’s this dual perspective that anchors County Lines, a feature length adaptation of Blake’s own 2017 short film, channelling the contrasting vantage points of those on the inside of a criminal network looking out and those on the periphery trying desperately to look in. 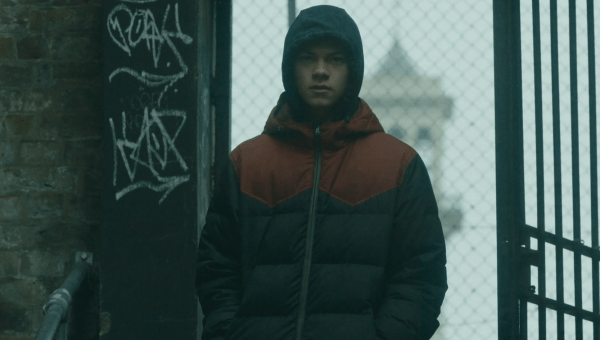 It’s entirely by design then that County Lines feels at once insightful and somewhat depthless. This is a film that aims to shed light on the alarming prevalence of criminal exploitation — estimates from The Children’s Commissioner for England indicate that around 4,000 children in London alone (some as young as 7) are involved in county line drug operations — while also reflecting just how little most of us truly know about such networks.

And it’s this reality that provides the bedrock for Blake’s slice of gritty social realism. Our way into this dangerous world is through Tyler (an astonishing Conrad Khan), a 14-year-old Londoner with a dysfunctional domestic life and behavioural problems at school. In a troubled existence consisting of poverty, absent fathers and failing mothers (an equally impressive Ashley Madekwe), circumstances dictate that Tyler be both strong and fiercely independent. But the astuteness of Khan’s performance starts to peel back the thin veil of male bravado to reveal a burning frustration, a deep-set anger and, perhaps most crucially, a painful vulnerability. It’s this devastating amalgamation that makes him a prime target for local drug boss Simon (Harris Dickinson cutting a suitably icy, intimidating, abhorrent figure), who, by way of fast food, expensive trainers and the lure of what Simon calls ‘entrepreneurship’, grooms Tyler into becoming a mule in a nationwide drug enterprise. 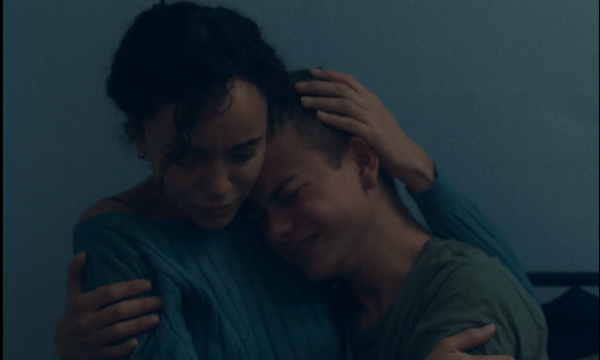 In charting Tyler’s journey, County Lines is simultaneously terrifying and captivating. At just 90-minutes, it might feel like a fleeting foray, however Blake handles the story’s pacing with masterful maturity. Humanity runs throughout, but a quietly brutal honesty pervades the film, capturing events with a bleak, measured, unflinching eye. As a result, the film’s strong emotional foundations render its more explicit moments almost unwatchable.

And if it’s neat resolve one is hoping to find, Blake affords us no such closure. Instead, County Lines, right up until its final frames, serves to offer an unfeigned portrait of a problem plaguing Britain’s towns and cities with troubling regularity. As an urgent outcry, it’s potent. As a debut film, it’s astounding.