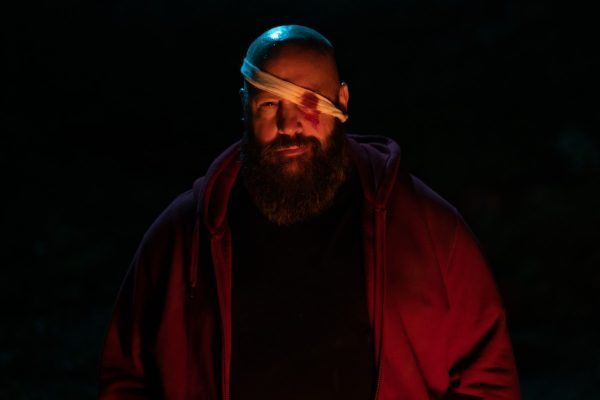 When you’re a star renowned for a particular genre, it can be hard to break out of that. Over the years, many a comedy star has become synonymous with churning out an array of comedy vehicles. It’s often easier to be more known as a dramatic actor, to dip your feet into comedy than vice versa. Interestingly perhaps, Whoopi Goldberg began as a stand up comedienne, getting her cinematic break in Spielberg’s classic, The Color Purple. An Oscar nomination, straight off the bat for the intense drama, though she then shifted into the kind of comedic vehicles she’d become synonymous with.

Sometimes however, it becomes surprising when stars known for goofball comedy, or rubber faced theatrics do something that is surprisingly dark. I think back to those days when Jim Carrey, so renowned for his over the top comical theatrics, had a period of trying to push out into more dramatic material with The Truman Show and Eternal Sunshine of the Spotless Mind. Those would still (Truman particularly) allow Carrey to more subtly produce moments of comedy, but allowed more focus on his emotional range. 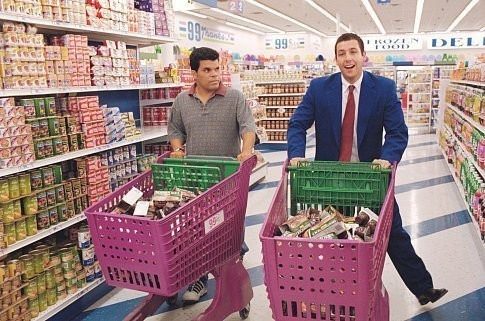 Adam Sandler is another great example, who has been plucked twice by Auteurs like Paul Thomas Anderson and the Safdie brothers to add a dark layer to his persona, and explore more complex themes. In Punch Drunk Love, Sandler does socially awkward (something he’s done to more overtly comical effect in his bread and butter) but with it an emotional, psychological complexity that surprised many. In Uncut Gems, he’s a compulsive gambler/hustler on a perpetually tense quest where he’s one step behind what he wants and digging himself ever deeper in the mire.

These comedy heroes get by, even in occasional shlubbiness, by ultimately being likeable, by us rooting for them (in the better efforts of these respective stars of course). What about a complete switch up? Stripping back all comedy and turning from underdog hero to villain? To some surprise, Kevin James is playing a straight up, uncompromising villain in the film Becky. He’s getting some career best reviews, but of course given his films have been largely Sandler co-starring roles, or the likes of Paul Blart: Mall Cop, that probably wasn’t a big hurdle. Still, so synonymous with lowest common denominator comedy was James, that this marks a surprising shift to intense villainy, and as a performer makes him more interesting. Whether we’ll see him revisit villainy, or other shifts from straight up bodily function comedy, remains to be seen. Fellow Sandler buddy circle member, Chris Rock will also follow up a successful dramatic stint in Fargo with the upcoming role in Spiral (part of the Saw franchise). Whether the latter offers depth and range will be interesting but it’s a shift away from the lighthearted at least. 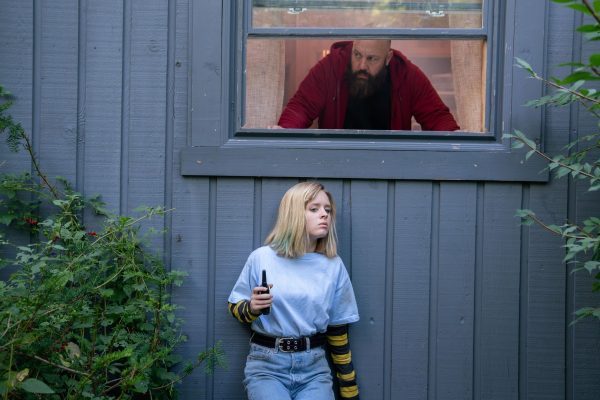 The late great Robin Williams was particularly gifted in all ways. As a comedian he was blessed with the ability to energetically launch from one improvised moment of brilliance to the next like lightning bolts striking him. As an actor, he’d showed an ability to blend the physical rubber faced talent, with the quick fire wit, surrealist style and be dramatically engaging too. He’d earned heaps of respect for Dead Poets Society and Good Will Hunting, showing a restraint, but still able to provide laughs to counter the emotional drama.

It was in the early 00’s that saw a particularly engaging re-invention though, when Williams completely belied his nice guy image by playing cold, calculated and terrifying villains. Something about that shift from lovable to spine-tingling creepiness also makes for an effective villain. It’s so against that public image that it’s just that bit more terrifying. In One Hour Photo, he plays a disturbed photo developer who becomes obsessed with a family whose photos he’s worked on. Even in flashes where the character is jovial and humorous, Williams ably plays it as off kilter and creepy. 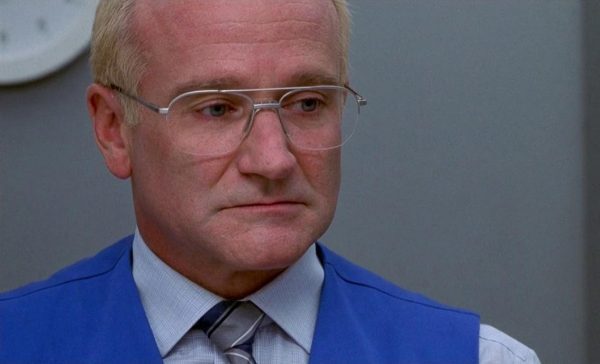 That same year he starred in the ‘forgotten’ Christopher Nolan film. Yet, the film itself remains one of his most underrated and underappreciated. One of the best thrillers of the decade, featuring Al Pacino on top form (probably his last great performance up until his recent renaissance), Insomnia is also a Nolan film tightly constructed, and not prone to over reliance on exposition that some of his high concept films can occasionally be. This is all about craft and tension over big set pieces too, but the characterisations are also very interesting (and Hilary Swank remains one of the better female roles in a Nolan film). As for Williams, it’s a role of real calm restraint and creepy calculation as a character dry of empathy and emotion. He’s immense in the film, with almost no showy moments and I’d guess something in particular that Nolan probably insisted on. We try to read into his character, and he gives little away (in the most engagingly enigmatic way possible).

What’s your favourite dark and dramatic turn from a comedic actor? Let us know your thoughts in the comments below or on our twitter page @flickeringmyth…