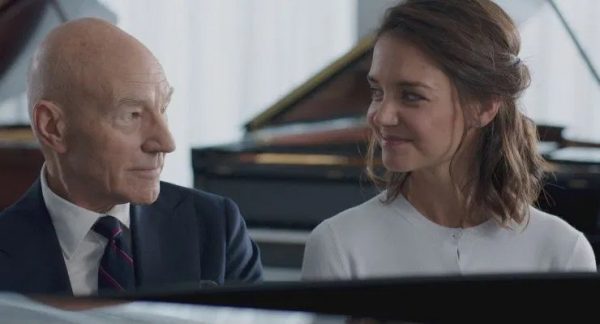 Ahead of its UK release next month, a poster and trailer have arrived online for director Claude Lalonde’s drama Life With Music which stars Patrick Stewart as an acclaimed pianist who becomes afflicted with severe stage fright, until his blossoming relationship with a free-spirited music critic (Katie Holmes) helps him find inspiration and let go of his past. 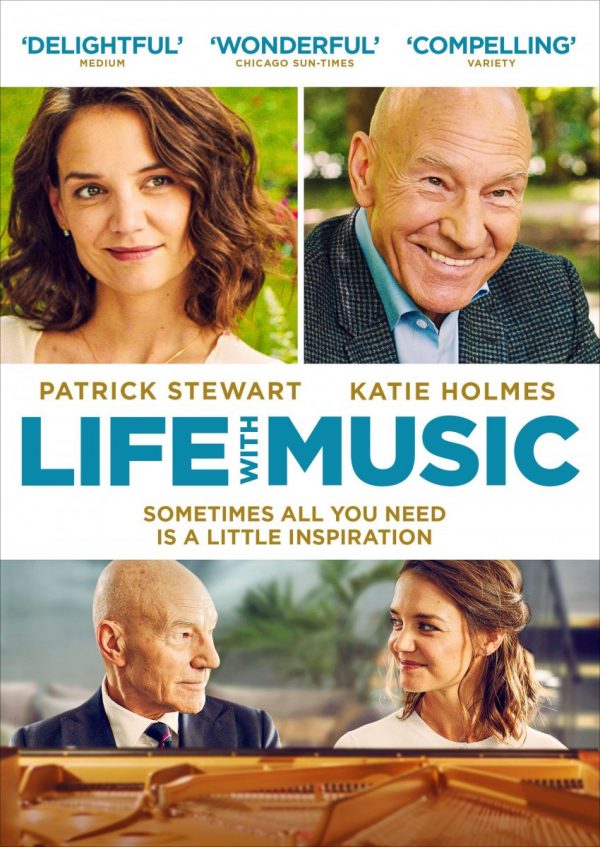 Henry Field (Patrick Stewart) is an acclaimed concert pianist and one of the great virtuosi of his era. Upon returning to the stage after a prolonged absence, he finds himself suddenly afflicted with a severe case of stage fright. His once effortless play has abruptly turned into a self-conscious struggle of every bar. Old wounds have crept up on the master as he now fights to ward off artistic disaster.

Enter Helen Morrison (Katie Holmes), a music critic with a kindred spirit and a troubled past of her own. Helen believes she might hold the key to Henry’s return to form, but she must first overcome his defences and win his trust. As Henry’s condition starts to improve, the blossoming relationship takes an unexpected turn which could precipitate his downfall. Unless he finally faces his demons and the darker truth lurking beneath the glory of the stage.

Life With Music is set for release on July 27th in the UK.