PlayWay and developer RockGame have announced their new action-adventure stealth game Ninja Simulator.  If you’ve ever wanted to train in the arts of the Ninja and take part in infiltration, espionage and elimination missions then this will be the perfect opportunity.  A new trailer for the announcement can be seen below that provides a teaser of what to expect. 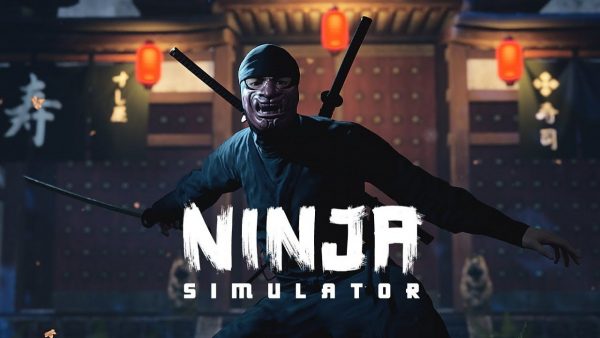 With Ninja Simulator players can take the role of one of these legendary Japanese mercenaries and take part in a range of stealth based missions such as espionage and assassinations that will strengthen or completely overthrow rival clans and change the course of history.

Two of the most important requirements for any ninja is to be able to effectively use silence and darkness.  These are essential to take advantage of in order to get close to the enemies and take them out without them raising the alarm.  Ninjas do not have the armour so will need to use stealth if they are to take out the heavily armoured samurai warriors that will undoubtably be protecting the mission objectives.

There will be a range of melee weapons at the players disposal and players will need to perfect their skills in using these weapons against equally well trained warriors.  Ninjas were not thought honourable by the samurai and so mistakes will be punished severely.

Ninja Simulator will be coming to Steam for PC with a release date to be announced at a later time.