Indie developer Panoramik, best known for their turn-based strategy RPG Mighty Party, has announced that they will be releasing Auto Battle Chess on Android at the end of the month and is set to also launch on iOS a few short weeks after.  This latest offering will combine elements of RPG, strategy, turn-based strategy, auto chess and many more genres into a single game. 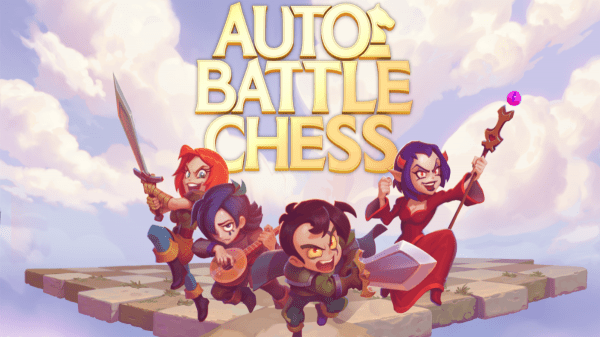 Auto Battle Chess will see players fight their way through a lore-rich campaign called ‘Journey’.  This campaign will take players on an adventure through different empires, kingdoms and realms and as they conquer each area an epic story will be told.

There will be a wide variety of unique heroes, including Knights,  Deities,  Elder Dragons and Evil Elementals, to command and as their skills are mastered there will be new abilities unlocked and equipment to be earned.  There are more than 100 heroes to discover and these can be turned into powerful legendary characters with a heap of customisation options.

As well as a rich campaign, Auto Battle Chess also features fast-paced PvP battles spread across three modes, Casual, Ranked and Insane, these take three minutes and require both strategy and luck.  There are also challenging PvE battles to defeat mighty legendary bosses that will require players to work together to defeat.

Shortly after release players will be able to look forward to Tournaments, Ranked Battles, Arena Wars, Leagues and much more.

Auto Battle Chess arrives on Android devices at the end of the month.