Continuing our look back at groundbreaking films of cinema, Tom Jolliffe discusses The Passion of Joan of Arc by Carl Theodor Dreyer… 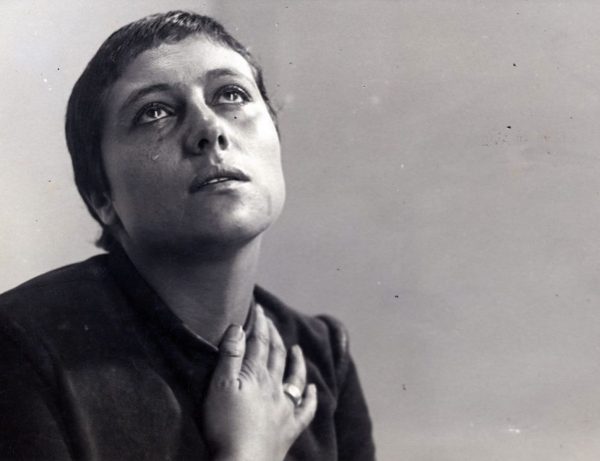 One of the most influential directors in cinema, Carl Theodor Dreyer had a complicated relationship with film. Somewhat prolific during the silent era, he made a number of iconic films including Vampyr. Having experienced some commercial and critical failures during that transition between silent and talkie, Dreyer’s output became more spare. He would still end up making a number of essential pieces of cinema, such as Day of Wrath and Ordet, but he was notoriously difficult to work with, and found the process of film-making and dealing with the bankrollers hard enough himself. Much like Welles as an example, Dreyer was a boundary pusher. He was a director who would defy the rules and expected nothing less than complete control on a film. He would use cinematic techniques that were virtually unheard of in his earlier career, and stylistic choices that were decades ahead of their time. Subsequently of course, many of his films still hold up very well by today’s aesthetics. These kind of mavericks were often held back, but at the same time didn’t perhaps have the understanding of how costly the process of making a film could be (and the consequent expectations that producers thus had). As an example, many of the sets on The Passion of Joan of Arc were elaborate and expensive, only for Dreyer to employ heavy use of his evocative close ups, with the backdrops often barely registering. 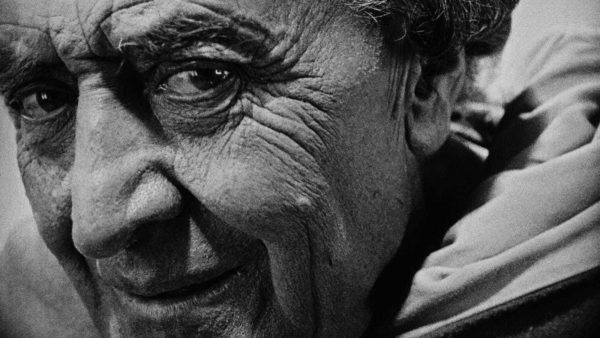 That is film for you, but when we look at The Passion of Joan of Arc now, we see a film that still carries a huge emotional power and features a timeless performance from Maria Falconetti (best described as ethereal and haunting). Many of the choices that Dreyer employs to tell his story were fresh ideas back in the late 20’s. Firstly he chose to differentiate the look of his actors on screen by heavily paring back their makeup. It was a bold approach rarely seen in silent cinema to have actors looking more naturalistic, as many believed they’d not appear bold enough in the picture. Dreyer felt the opposite, and there’s certainly a unique naturalistic clarity to the characters in this that belie the ghostly white faces of many silent era performers. Of course the film has further benefited from remasters and high def transfers and in HD it looks exquisite. It could have been shot yesterday. 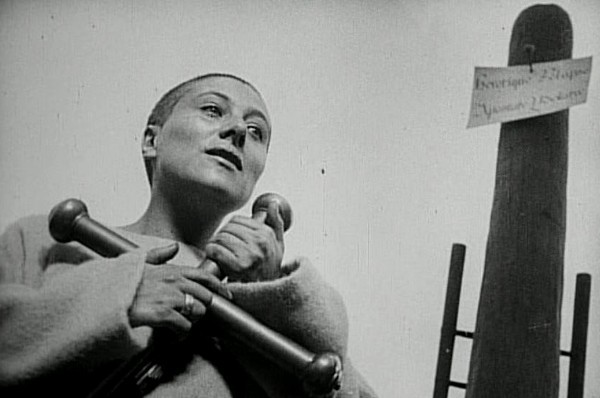 Additionally the film opens on some nice establishing tracking dolly shots and carefully blocked scenes. Dreyer’s way of establishing setting and space wasn’t new, but it was uncommon back then. Later in the film he makes use of cross cutting in a wonderfully evocative and poetic way. It’s the kind of editorial craft often seen in more modern cinema by a film-maker like John Woo (in his prime). To cut so effectively between two places was the mark of a confident and boundary pushing story-teller. It’s particularly effective during scenes of rebellion toward the end of the film, which plays out with the pace and rhythm of a modern day action sequence. It’s visceral and enthralling, not least as it’s also during the films inevitable fate for Jeanne D’Arc. 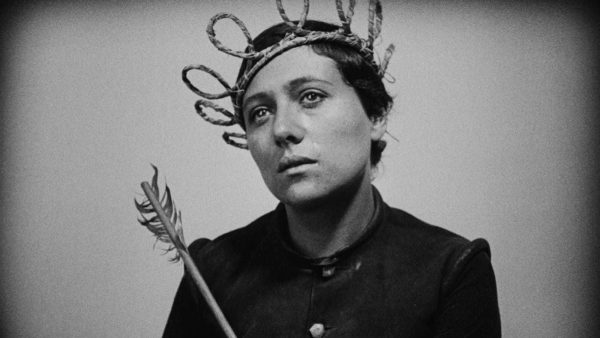 The most impacting part of the film of course is the iconic performance from Falconetti. Under the watchful eye of Dreyer she delivers a performance that feels cinematic and modern in a way silent era work can’t always. The naturalistic look of course is one thing, but Dreyer makes intimate use of the camera, searching for subtle complexities in her performance, as opposed to a theatrical and exaggerated approach that was often employed by actors to appear bold on film, or to convey the complex emotions they needed to. Falonetti’s performance haunts audiences to this day and has a raw sincerity decades ahead of its time. Dealing with complex emotions with a character that has divine, deep rooted beliefs, often at odds with an instinct to survive driven by abject fear, Falconetti is complex in a way audiences had rarely witnessed. It’s an aspect that makes the film, particularly in terms of performance, completely revolutionary. It would almost take decades for the rest of cinema to truly catch up (certainly in America). 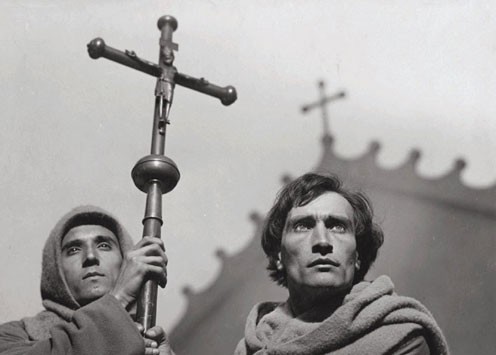 Filled with memorable imagery and a stunning performance, The Passion of Joan of Arc came right on that shift between silent era and sound. It might have been silent, but it spoke in a way that even many sound pictures couldn’t, for several decades. As it approaches a century in existence, the power of the film hasn’t really waned (and the finale is chilling). In another 100 years, it will still blow people away. Let us know your thoughts on The Passion of Joan of Arc on our social media platforms @flickeringmyth…