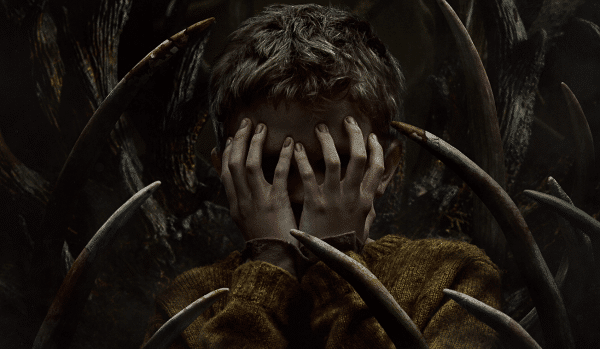 Yesterday at Comic-Con@Home, director Scott Cooper (Black Mass) and producer Guillermo del Toro (The Shape of Water) held a virtual discussion for their upcoming monster horror film Antlers, which was just pushed back into 2021 this past week.

Moderated by Collider’s editor-in-chief Steven Weintraub, the panel sees Cooper and del Toro discussing how they went about designing the movie’s Wendigo-inspired monster, as well as the craft of filmmaking and developing a visual style. Check it out here…