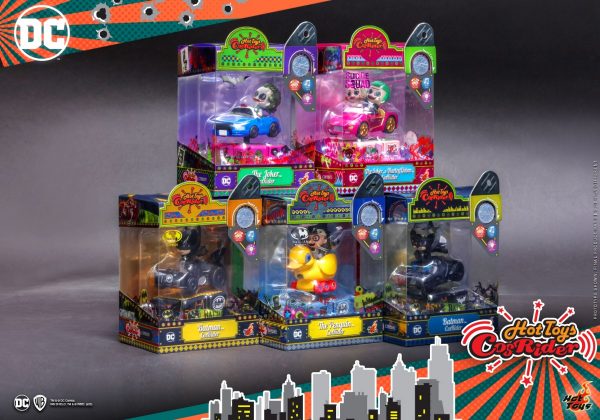 Hot Toys has announced the launch of its new CosRider collectible series, which it is kicking off with a DC Comic line that includes Batman from Tim Burton’s 1989 classic, The Penguin from 1992’s Batman Returns, Batman and The Joker from Christopher Nolan’s acclaimed 2008 blockbuster The Dark Knight, and The Joker & Harley Quinn from the 2016 supervillain team-up Suicide Squad; check them out here… 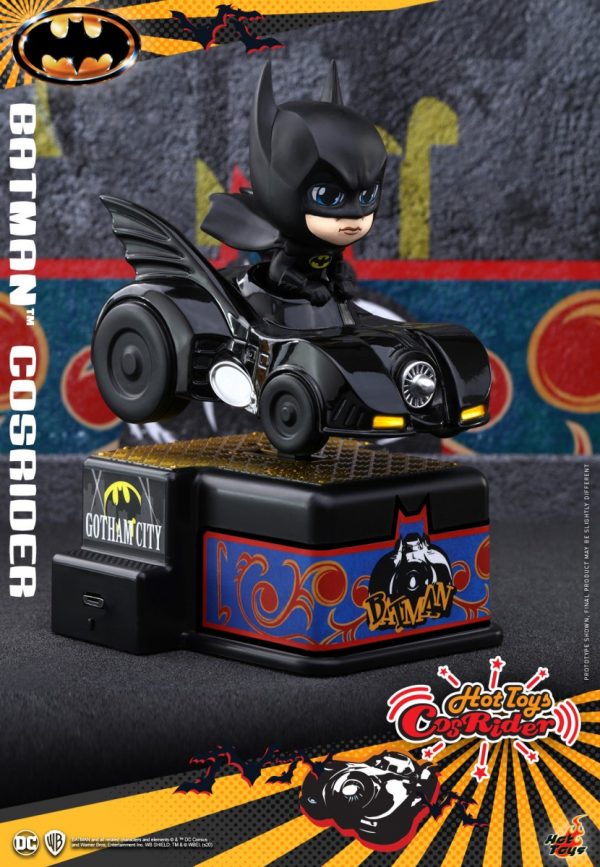 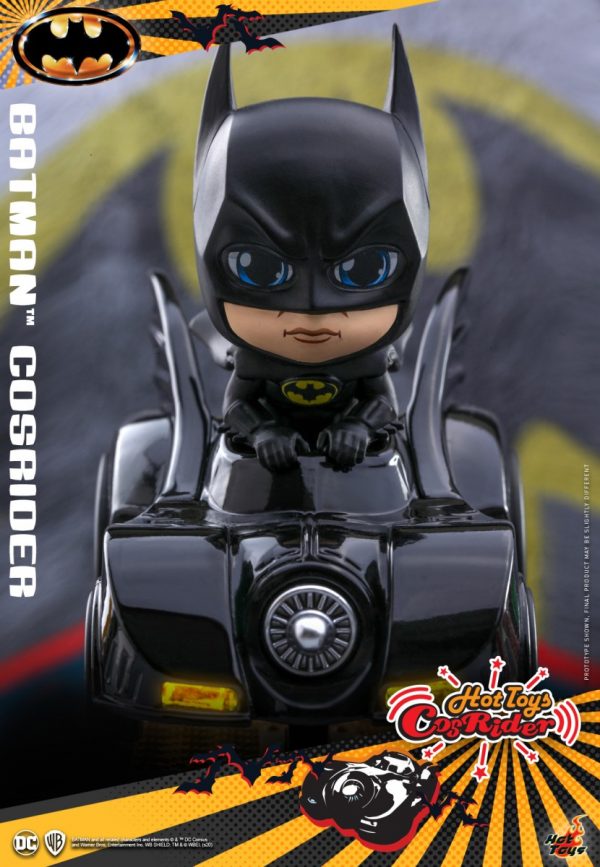 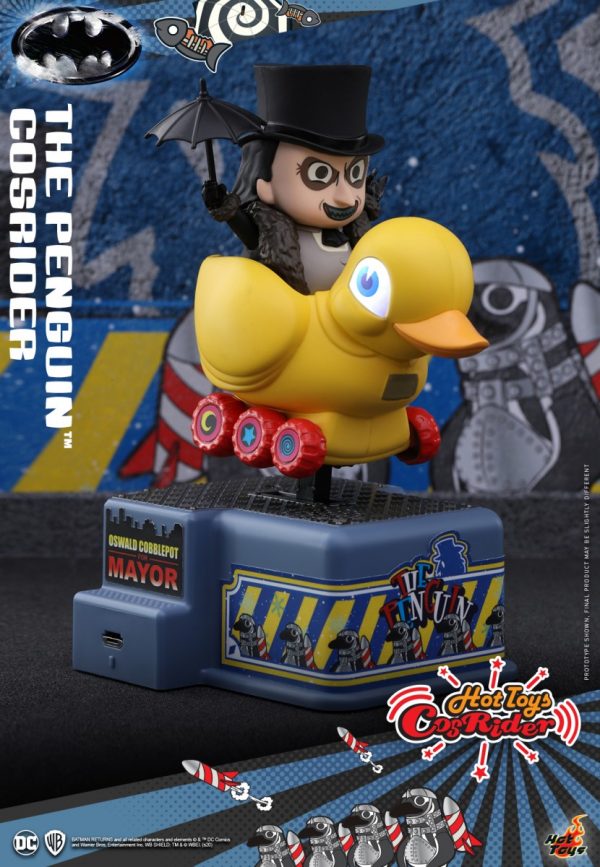 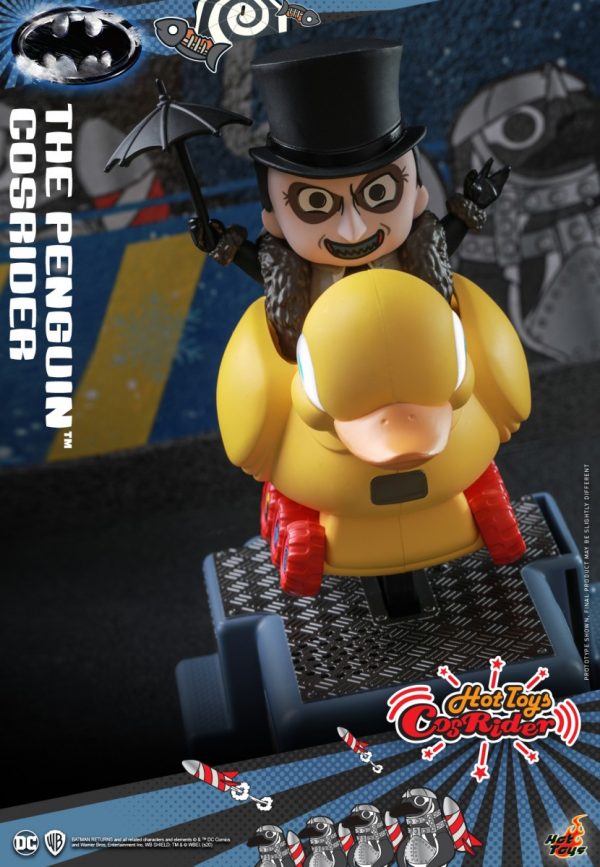 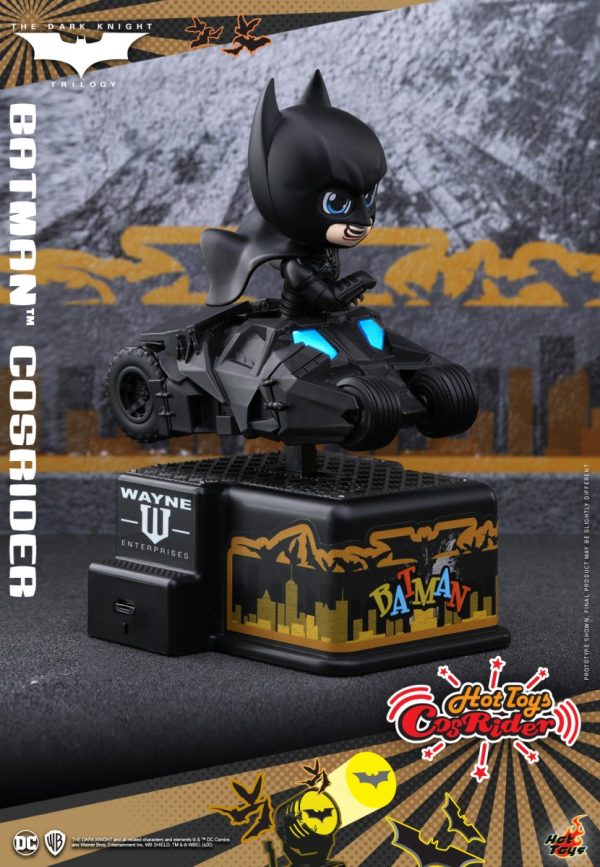 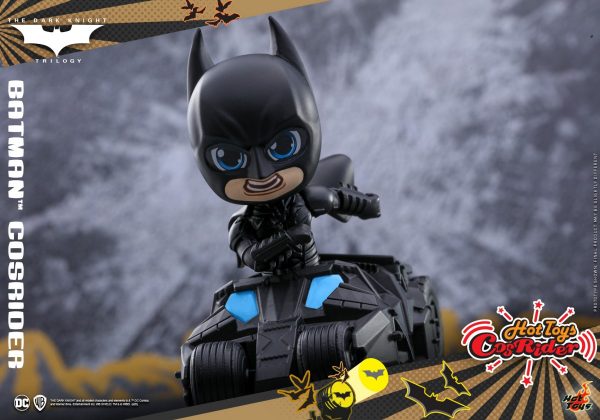 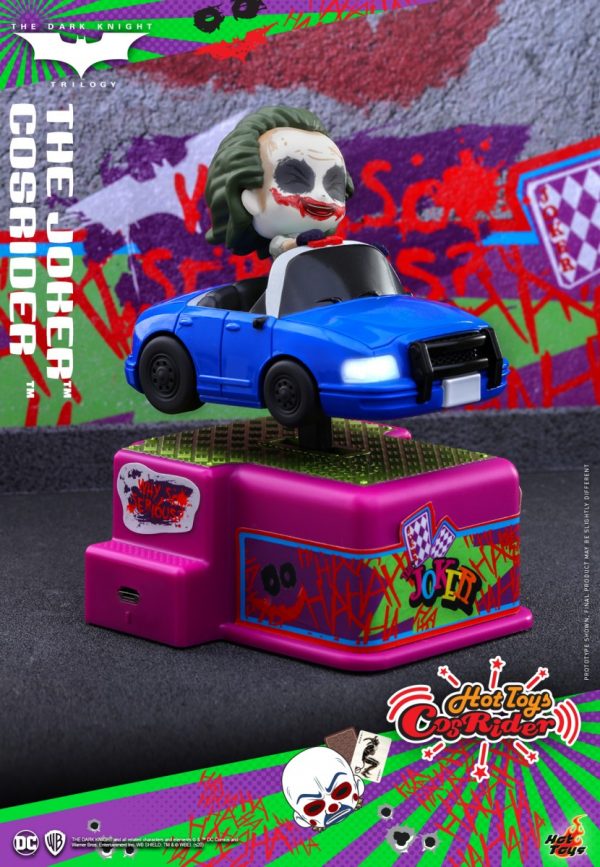 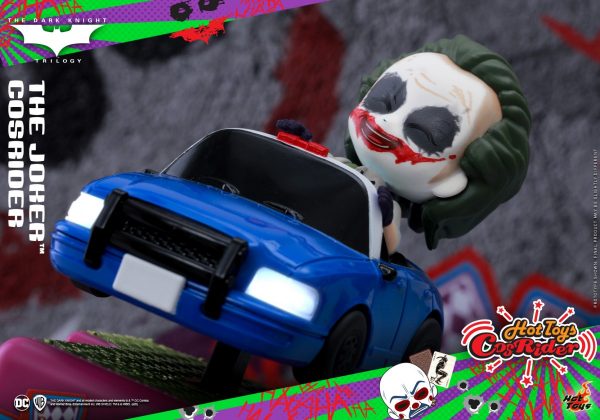 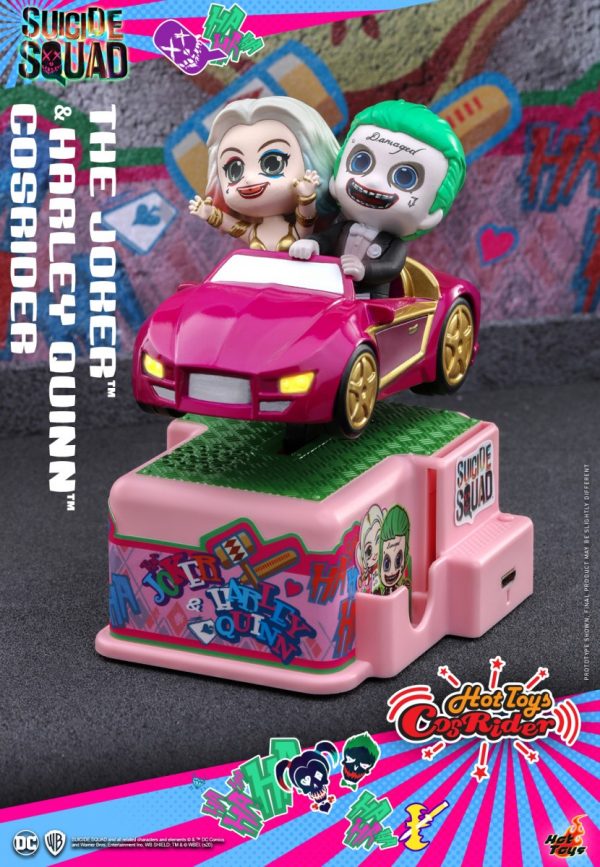 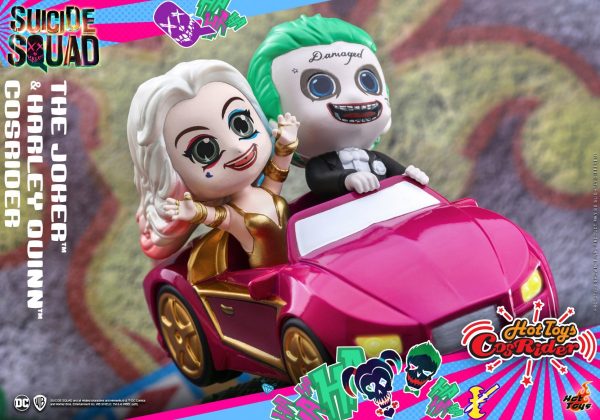 Hot Toys team is extremely delighted to announce the brand new series – CosRider. Bringing fans beloved characters and their unique vehicles in a super cool way, the newly debuted series is a collection to be displayed individually, or set as a stylish display.

Combining the vintage coin-operated amusement ride in our childhood memories and the iconic driving scenes from the classic productions in DC universe, CosRider collectible has skillfully transformed the characters’ appearance and their distinctive vehicles into an adorable line-up.

Features coin-operated mechanical design, original music tune, LED light up function, built-in rocking motion, and movie-theme stickers for fans to customize the whole design. CosRiders in the same series can even be coupled up and rock together.