Earlier this month Hasbro, Universal and Amblin Entertainment announced that they are teaming up to celebrate of the most iconic franchises of the 1980s with a Transformers and Back to the Future crossover, and now IDW Publishing has officially unveiled its four-issue comic book series from writer Cavan Scott (Star Wars Adventures) and artist Juan Samu (Marvel Action: Black Panther). 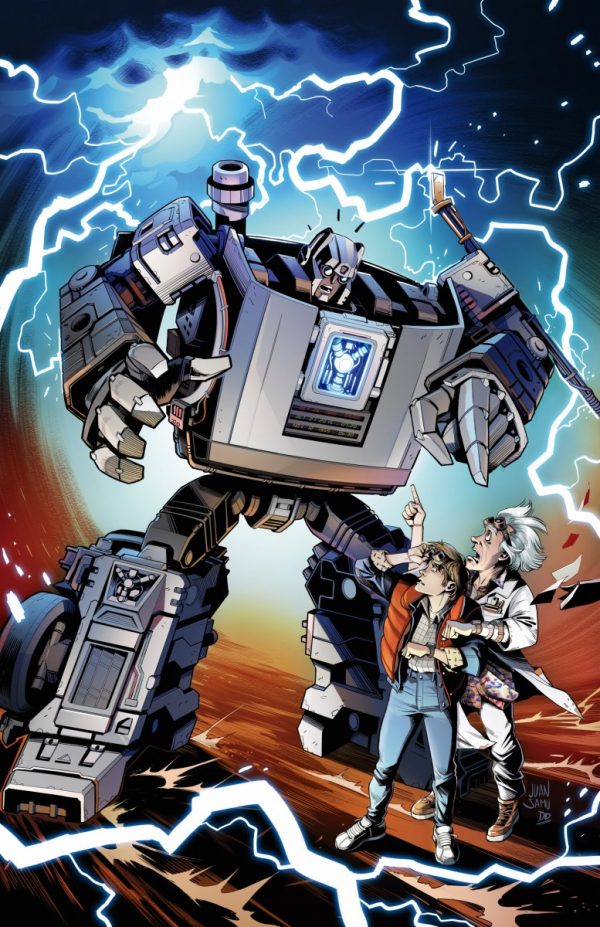 “When I was asked to write the official crossover comic, I could only shout ‘Great Scott’ and dive in,” says writer Cavan Scott. “It’s the perfect fit. Both Transformers and Back to the Future are packed with adventure, humor, and (most importantly) heart. Plus, it gave me a chance to play with multiple Transformers timelines, harkening back to some of my favorite Transformers storylines of the ‘80s, while also bringing in elements of all three Back to the Future movies. Look out for classic characters, both human and Cybertronian, and a few surprises along the way!”

“All my life I have waited for this moment! This amazing project, apart from being an authentic journey through time for me, has brought out my inner child in every scene,” adds artist Juan Samu. “The Autobots, Decepticons, Marty, and Doc are so iconic that I feel super-excited to be able to draw them! Thanks to IDW, NBC Universal, and Hasbro for giving us this opportunity!”

“Transformers and Back to the Future have quite a bit in common,” states John Barber, Editor-in-Chief of IDW Publishing. “They’ve both inspired multiple generations of fans, they are both — at their heart — about characters and change, and they both have at least one really cool car. We’re extremely excited at IDW to get to bring these two worlds together!”

Marty McFly returns from the adventure of a lifetime to a new, better Hill Valley… that is, until Marty and his friend Doc Brown’s time machine attracts the attention of the Decepticons. With one small mistake, Marty finds himself once again thrust into action to unravel a Decepticon plot in the past, present, and future… now with the help of a new converting time machine, the Autobot called Gigawatt! 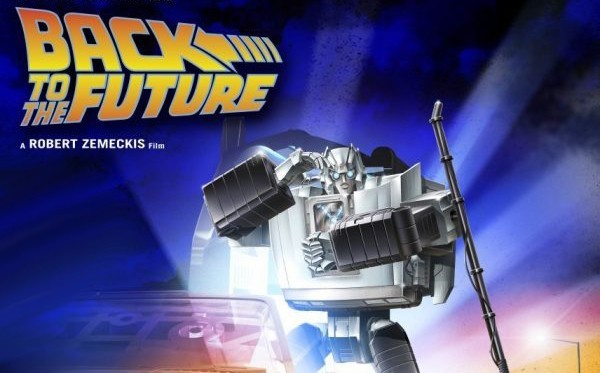