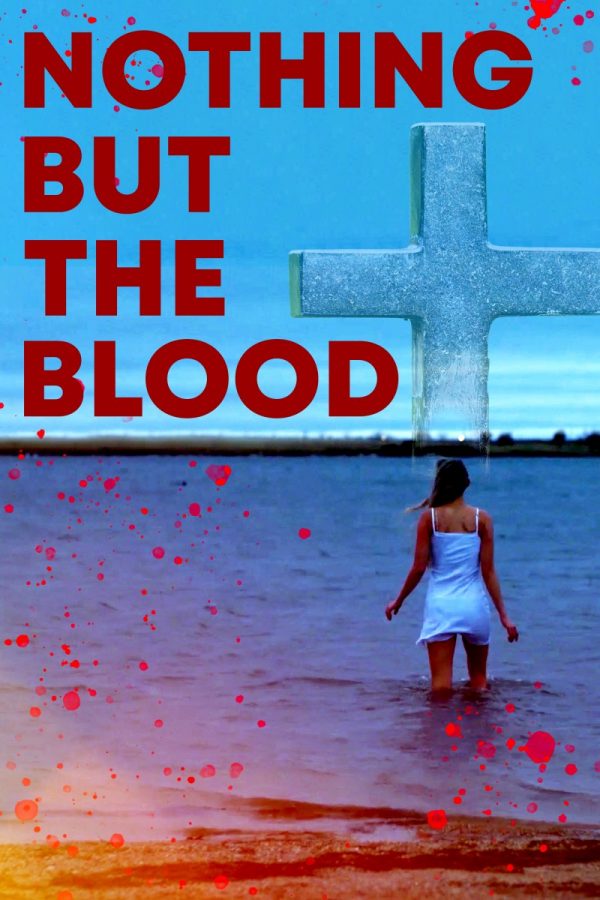 A small-town journalist is sent to cover the opening of a controversial church. As the ministry digs its roots into the town and its residents, her life takes an unexpected, violent turn that will shake her foundations to their very core. 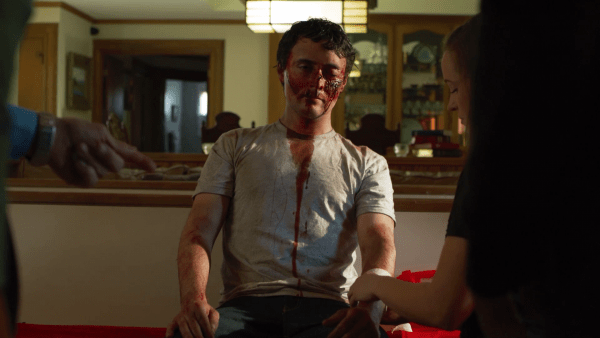 Daniel Tucker’s Nothing But The Blood refers to the choir hymn “Nothing But The Blood Of Jesus,” about how only Christ’s essence can purify heretic sinners. There’s an attempt to recreate Red State by way of a small town’s forfeit to private church practices, but rest assured execution is well below equal. Tucker aims to exploit how “leaders” manipulate faith to their advantage. Perhaps, for example, through blind devotion to biblical outcries against homosexuality while ignoring other in-scripture rules (eating meat and dairy together is technically blasphemous, making cheeseburgers a sin). It’s a shame the filmmaker’s presentation is an utter narrative mess that’s missing exposition and fluid continuity, as the film jumps timelines by multiple years without warning or breakaway definition.

It’s also horrendously misguided based on your reading of individual characters, or how noteworthy plot points don’t matter two minutes later. Tucker’s script features one central thesis that’s detrimentally one-note. Like half of the sad trombone sound effect, because it’s all the instrumentalist cares to spotlight.

Rachel Hudson stars as Jessica, a hard-hitting journalist who sets her investigative sights on a new church in her Texas town. Emeth, known for its harsh stances against what God considers impure, boasts a controversial reputation (arson, stonings, the works). Jessica ends up falling in love with one of the congregation’s workers, Tom (Jordan O’Neal), gets pregnant, then steals Tom from the church (in their eyes) for childbirth out of wedlock. Also, Jessica’s abusive ex-boyfriend Seth (Austin Lynn Hall) barges in whenever, starts dating her best friend, gets involved with Emeth, and tensions rise higher. Plus, no one ages over the years that pass as Jessica’s child grows older? It’s all very…convoluted. 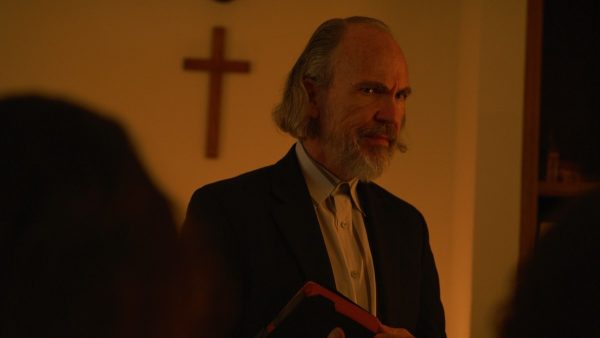 There’s never any question as to Emeth’s intentions. When Nothing But The Blood opens, Father (Les Best) – founder of Emeth, possible biological parent to Tom – delivers a sermon meant to represent his manipulative interpretation of the lord’s words. Michael (Nick Triola), set to run the chapter of Emeth in Jessica’s backyard, flies off the handle when Jessica presses mid-interview about a queer couple’s house being burned down by Emeth members (“got what they deserved”). These are vile people who Tom supports and helps with the excuse of “it pays well” and “I don’t agree with everything, but they’re not bad.” Jessica knows all this, even catches Tom in the church bathroom right before another congregation girl is about to perform oral sex on him, which does not deter Jessica in the slightest.

She asks him on a date minutes after his pants are zipped back shut.

Analyzing Jessica’s character, I’m downright flummoxed by her actions. Everything she does is to advance (not very) suspenseful plot beats and invite conflict, none of which seems sensible to any degree. Even more so when her daughter, Arcadia (named with meaning), asks to see “Grandpa,” and Jessica suggests a NON-SUPERVISED meetup. You know, the man who sprays spittle on his parishioners as he screams about how those having children without being married are sinners who God erases from his graces? That “Grandpa.”

I present the dominating issue with Nothing But The Blood. It’s a horrific story based on the irrational thought that people are not equals based on beliefs that cannot be proven, which frequently fails its narrative by skipping large chunks of what should be necessary information. 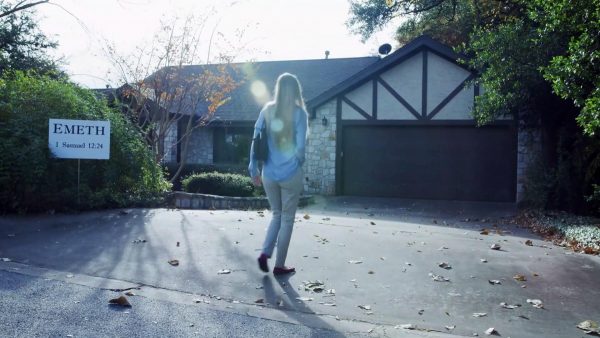 Jessica, “the journalist,” arrives at Emeth to write a story that we never hear about again, is never seen on the job afterward, and suddenly uses language that suggests quitting when we forget she’s even still employed. Jessica, “the mother,” watches a barroom fling turn into this emotionally connected commitment out of seemingly nowhere as her pregnancy advances with haste – then skips the entire birth and jumps to post-toddler Arcadia. Seth, the problematic beats-up-his-girlfriends antagonist, goes from Jessica’s past abuser to her best friend’s boyfriend (who endures his abuse) then one of Emeth’s most trusted lackeys? Any concept of story and structure exists as if the audience knows heaps of information that’s not available, whether that be connective tissue or character motivations.

It’d be a different story if the trauma and outright unacceptable hate-speak didn’t feel unnaturally forced. Nothing But The Blood contains vile acts and proclamations without the contextual amplification that drives any weight beyond shock value. Add the flattest of character performances, plus throughlines that are just a bungle to parse out, and you get what Nothing But The Blood is: a “loud” film that ends up saying so little. The topic itself warrants genre commentary to show just how deranged religion can become in the wrong hands. Still, there needs to be more than ineffectively stating of the obvious (through incomprehensible scenarios).

Nothing But The Blood is riddled with clichés, subjects its audiences to violent images without supporting weight, and takes little care outside of these painfully inflicted moments. Daniel Tucker aims to vilify the underbelly of religious fanaticism and does so indeed. It’s just never outrageous enough to be labeled as exploitation or tightly wound enough to drive a more dramatic heartbreaker. Plainly? It’s uninteresting, filled with glancing blows at best, and fails all its mashed-up genres. “Straw Dogs meets Red State” is quite the marketing ploy, given how Nothing But The Blood comes up a country-mile short on both accounts.