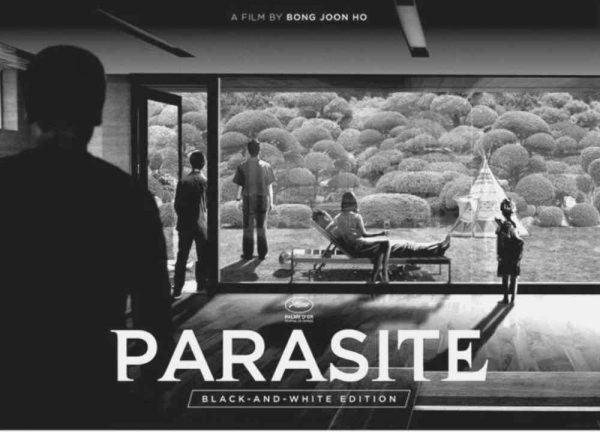 A poor family living in a semi-basement apartment trick their way into the lavish home of a wealthy one by posing as various household workers. 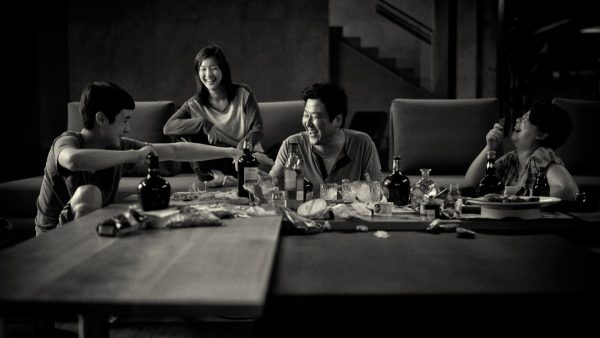 It feels like a lifetime ago that Parasite made history at the 92nd Academy Awards. And in many ways, it was. Five months since the South Korean movie became the first foreign language film to win the Oscar for Best Picture, and a global pandemic has impacted the movie industry in ways that will likely change cinema as we know it for years to come. Yet, in that time, the image of the film’s director, the impossible-to-dislike Bong Joon-ho, standing onstage at the Dolby Theatre clutching a gold statuette and addressing Hollywood royalty has remained one of the few shining lights in an extremely turbulent 2020. But in a year defined by bleakness, it seems entirely appropriate that joy now comes to us in monochrome.

Parasite: Black-And-White Edition is being released in cinemas and on the Curzon Home Cinema platform from Friday. Like Logan and Mad Max: Fury Road before it, its re-release will undoubtedly be met with the eager anticipation of an audience in sizeable number—not least from the self-proclaimed members of the exponentially expanding ‘BongHive’.

But, of course, as with any such re-release, the overriding question in all of this continues to be whether stripping a film of its technicolour actually adds anything new. Is this simply a lesson in Arthouse pretentiousness? Is it merely a cash grab: an opportunity to further plump up the figures of an east Asian film with an already-impressive looking global box office return? Or does it, in fact, enrich the viewing experience, helping the film to reach new heights and explore new depths? 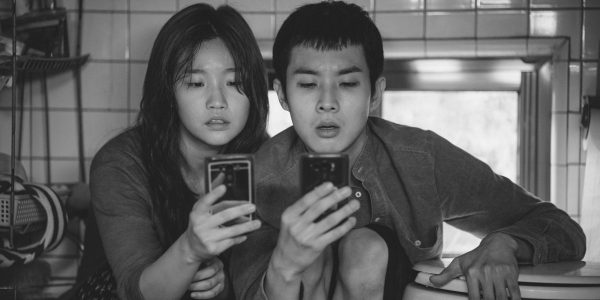 Unsurprisingly, answers to these questions can scarcely be found in the narrative itself. The Kims—consisting of father Ki-taek (Song Kang-ho), mother Chung-sook (Jang Hyae-jin), son Ki-woo (Choi Woo-shik) and daughter Ki-jung (Park So-dam)—are still a family who live in poverty. They still live in a semi-basement apartment in a poor area of the city where they leave windows open to benefit from outside fumigation and huddle together beside the toilet to access the free wi-fi from a coffee shop above. They are still, both socially and literally, a lower class of people.

Similarly, the visual changes do little to detract from the satirical wheels soon set in motion when Ki-woo lands a job tutoring the daughter of wealthy couple the Parks (Cho Yeo-jeong and Lee Sun-kyun) and finds a way to nab his sister a similar gig. Before long, the Parks have unknowingly been duped into hiring the entire family.

While there isn’t really much the new-look Parasite adds, there isn’t much it takes away either. Despite the absence of its striking juxtaposition of gloomy and vibrant colour—from the notably glum decor of the Kim’s abode to the soft orange of a peach to the foreboding blood-red of a hot sauce sachet—the film remains a joyously genre-hopping, bitingly insightful delight. Even in monochrome, Bong Joon-ho’s intricate, slippery, Hitchcockian tragicomedy continues to dazzle as well as deceive.

Somewhat ironically, if there’s anything enhanced by the black and white aesthetic, it’s the film’s playful blurring of binaries. With light and dark dominating each and every frame, it makes for an even more potent thematic melting pot, where good and bad, humour and melancholy, and the exploiter and the exploited seem to not only co-exist, but constantly interchange. Sadly, the makeover works less well as the film’s devilish revelations start to reveal themselves. As it enters its off-the-wall final third, the absence of colour often seems at odds with Parasite‘s increasingly shocking, thrilling, horror-tinged finale. 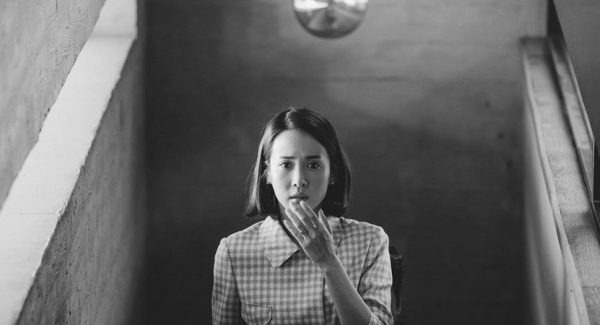 In the end, the artistic changes become less enriching than the rewards gifted to the viewer simply by the act of re-watching this Oscar winner. The cutting observations slice a little deeper, the characters become that bit more intriguing, and seemingly throwaway lines first time round—”She always ate enough for two”—suddenly carry more meaning.

Still, will Parasite: Black-And-White Edition add to the enviable money pot generated by its colourful, cinematic sibling? Definitely. Does its monochrome makeover fall slightly on the side of ostentatious Arthouse? Perhaps. Has its black and white shake up come at the expense of its complex, grey morality? Absolutely not.