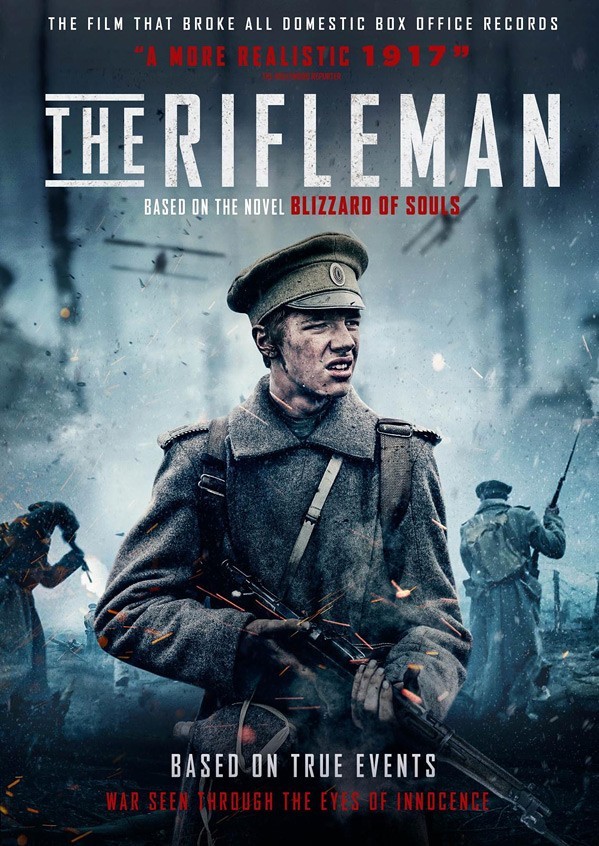 When his mother is gunned down by German soldiers, a Latvian teenager enlists to fight on the frontline of the First World War under the command of his military veteran father. 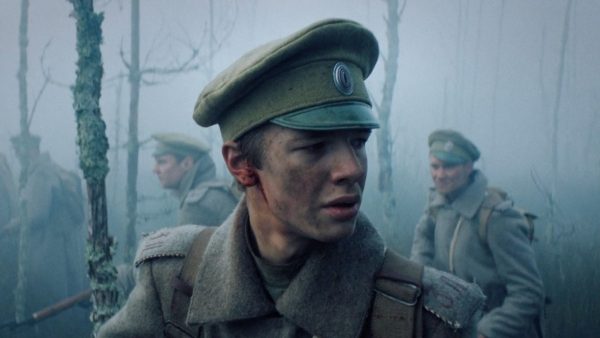 It’s always refreshing to see a different perspective on the two World Wars. Western cinema has been so fascinated by both conflicts that the market is saturated with America-centric portraits of the two worst military conflicts ever to take place on this planet. Latvian drama The Rifleman centres a different and under-explained element of the First World War, focusing on that country’s forces and their uncomfortable position in the conflict.

The film is based on First World War veteran Aleksandrs Grīns’ acclaimed novel Blizzard of Souls and inspired by his own experiences in the trenches. His analogue is teenager Arturs Vanags (Oto Brantevics), who enlists in the army a few weeks before his 17th birthday – after his mother is murdered by German soldiers. He travels to the frontline where he fights alongside his older brother (Raimonds Celms) and under the command of his sergeant major dad (Martins Vilsons).

Director Dzintars Dreibergs certainly doesn’t scrimp when it comes to depicting the horror of war. The movie opens with a brutal forest gunfight and cinematographer Valdis Celmins continuously finds the violent beauty in the well-staged sequences of conflict, from a close-quarters scuffle of flailing bayonets to a horrifying gas attack on the Latvian fighters. When the action is on the battlefield, the cinematic ambition of Dreibergs ensures that the movie feels different to other war film efforts, with Elem Klimov’s classic Come and See a clear influence on the relentless violence. 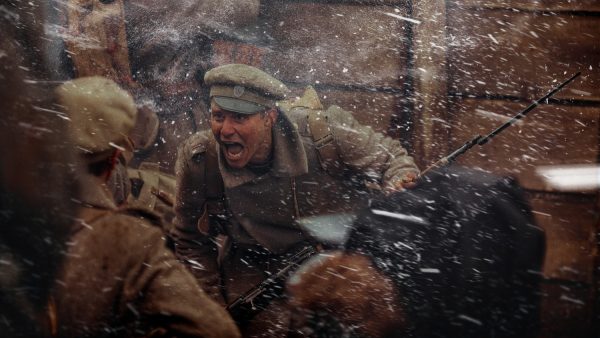 The problems come with the other elements of the movie. The Rifleman powers itself into its action quickly and, as a result, has little time to establish depth to its characters. Brantevics does some impressive work as a young man out of his depth in the heat of conflict – his hollow, performative war cry is palpably infused with fear – but the movie gives him scant opportunity to provide layers to the character. As a result, the violence has a sense of emptiness, despite the technical flair. Arturs’ bond with nurse Marta (Greta Trusina) is particularly under-written and feels like an unnecessary distraction from the central war narrative.

Dreibergs’ film is at its best when it focuses on the small details of the conflict, such as a haunting scene in which a mass of sleeping soldiers all appear to twitch in their slumber as the nightmarish psychological impact of the frontline damages their rest. This simplicity is lost as the narrative wears on and, with the exception of a powerful firing squad scene, the final act is a tangled political mess that lacks the visceral impact of what came before it. In search of being an epic depiction of the complex fortunes of Eastern Europe in the wake of the war, it loses sight of the humanity that should be at its heart.

The story of Grīns’ life on the frontline, and the treatment of his work in the subsequent era of the Soviet Union, is a compelling one. Sadly, The Rifleman is not that story. It’s like a wartime drama told at a distance, lacking the personality and human stakes that give the best conflict films their extraordinary power, even amid its impressive battlefield set pieces. A more conventional biopic of Grīns, however, could really boast that intensity. I wished I was watching that instead. 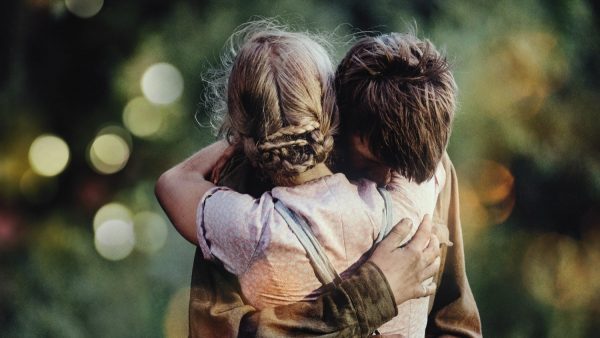