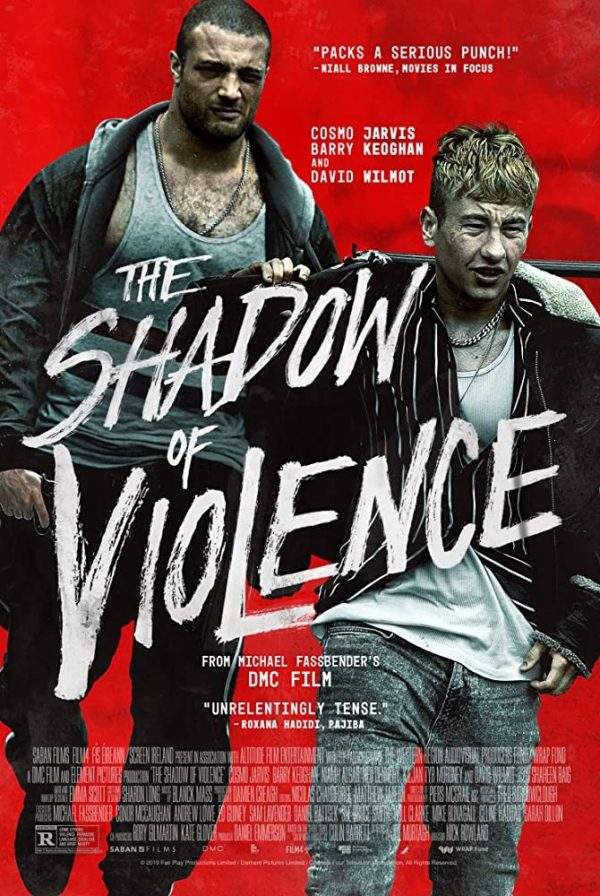 Douglas ‘Arm’ Armstrong has become the feared enforcer for the drug-dealing Devers family, whilst also trying to be a good father. Torn between these two families, Arm’s loyalties are tested when he is asked to kill for the first time. 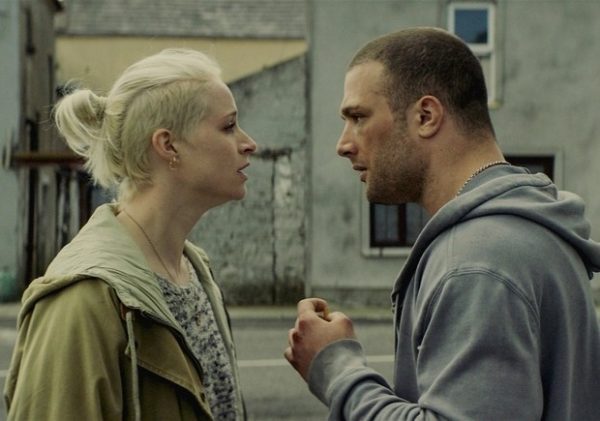 As it begins, The Shadow of Violence appears as if it’s going to be a look into the life of a generic henchman for a band of drug dealers, a sort of character study of the brute archetype that never really speaks and exists as the muscle of such criminal operations (with thick Irish accents and settings being the only element to make it more distinct). The movie even begins with said character graphically beating down an uncovered child molester within the ranks that had recently gotten wasted and crawled into bed with a 14-year-old relative of the kingpin. There’s even a series of opening narration quotes about violence functioning as the way our protagonist makes sense of the world, or as I usually like to perceive it, a whacked-out justification for what is really a pointlessly violent exercise in filmmaking.

It’s a pleasure to report that my initial first impressions were completely wrong, as The Shadow of Violence is not just a mature and thoughtful examination of, well, violence, but a tender family drama about a man trying to contain that aggression and become a more loving partner to his significant other Ursula (Niamh Algar) and more attentive to his special needs son, while being a more reliable provider for both. The film is actually more or less what I described, a look at a physically imposing enforcer that in other movies would have maybe 30 seconds of screen time. Making his directorial debut, Nick Rowland (using a script from Joe Murtagh adapted from a short story in Colin Barrett’s Young Skins collection) has crafted a genre picture that is seriously invested in humanizing its central focus, so that when more bloodshed arises there is strong tension and an emotional punch behind the proceedings, even if the roadmap of the narrative itself is somewhat familiar. 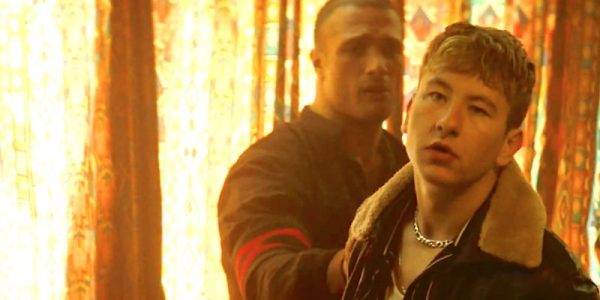 As impressive a discovery as the filmmakers themselves is Cosmo Jarvis as the aforementioned bruiser. Named Douglas but nicknamed Arm, he is a former boxer that had once accidentally killed a man in the ring, eventually easing his way into the Devers crime family (headed up by an unhinged and psychopathic Ned Dennehy). In theory, it’s a different kind of family, but the more we see that these people only have an interest in using Arm for violence and that he’s actually trying to keep himself restrained from doing such things, it’s more of an abusive relationship than anything. Arm doesn’t even seem to enjoy the company of the hotheaded Dympna (Barry Keoghan), who relishes in the lifestyle until he is given a reality check.

There’s the impression that whenever Arm is surrounded by the family of crime, he’s putting up a front; an exaggeration of his own very clear external steely toughness. He stands up straight, gives intimidating stares, and intentionally plays the stereotypical henchman. However, when he’s around his family the vulnerability seeps out transcending this into a remarkable performance. Maybe it’s a bit too convenient that his child is of the special-needs variety, but it makes for one downhearted scene that’s raw and honest in terms of the person Arm wants to be and the person he might actually be. Not to mention, the dialogue exchanges between him and Ursula are also gripping, with Niamh Algar turning in a moving performance of her own. 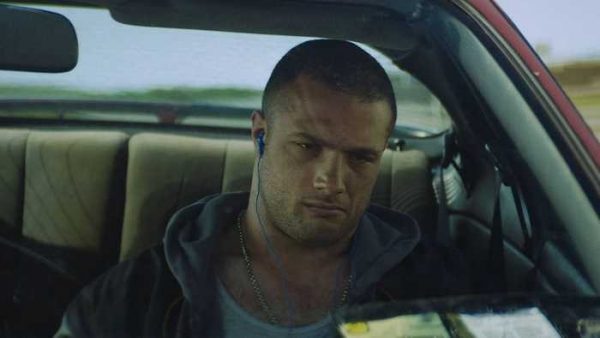 It also helps that The Shadow of Violence boasts some striking imagery, whether it comes from Arm attending horse riding lessons with his son and finding a sense of relaxation from the majestic animals (the film was originally and better titled as Calm with Horses) or a 10-minute one-take heart-wrenching climax. Again, much of it rests on Cosmo Jarvis who doesn’t just rise to the occasion with one of the best rising star performances of the year, but one of the best so far from all of 2020.