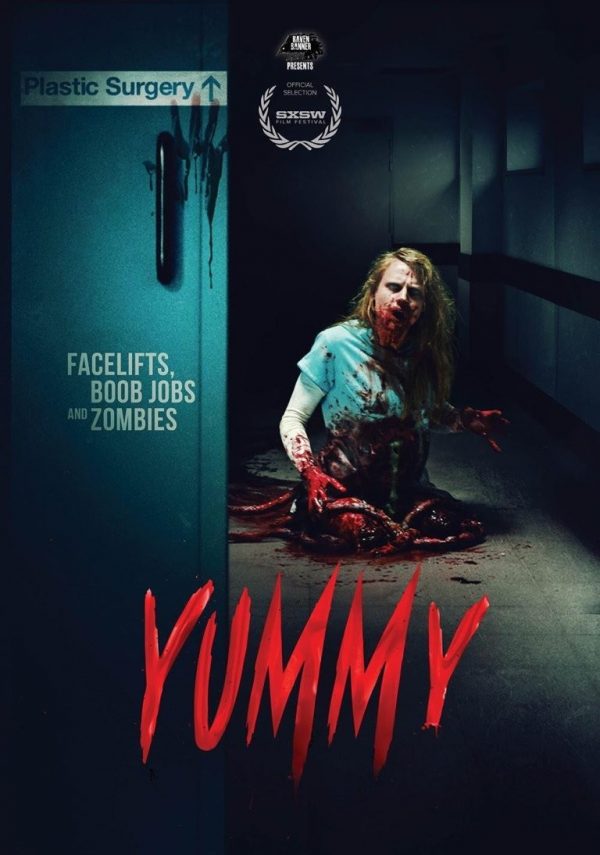 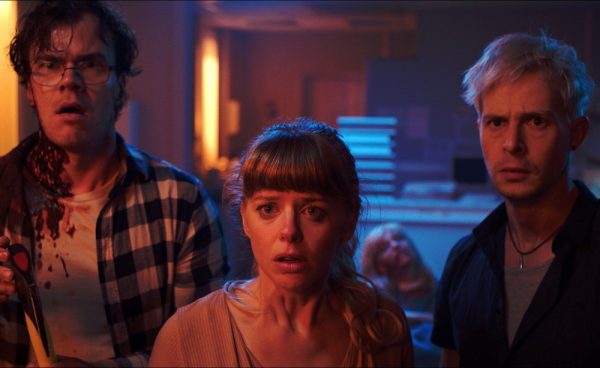 Viles of drained fatty liquids, flesh-munching, and silicone implants – that’s “Yummy” by the definition of Dutch filmmaker Lars Damoiseaux. His zombie outbreak would make the Soska sisters blush from embarrassment after their halfhearted under-the-knife remake of Rabid. It’s all the quarantine containment beats you’d expect with ample undead feasting, copious showings of gore, and betrayals aplenty as doctors who dared play God unite with patients in an attempt to survive. Damoiseaux doesn’t rewrite zombie history books, but that’s not an issue. When challenged to be nothing more than an honorable horror-comedy that does the subgenre proud, Yummy pleases. Freeze-dried genitalia and all.

Self-conscious Alison (Maaike Neuville) is sick of having eyes glued to her F-sized breasts, so she schedules an appointment at a seedy Eastern European hospital for reduction surgery. Her supportive boyfriend Michael (Bart Hollanders) tags along, despite being a one-year medical school dropout thanks to his Hemophobia (fear of blood). Michael is less than impressed by the facility’s practices, especially when he stumbles upon an infected patient who appears to be in restraints. Er, used to be in restraints until Michael frees Dr. K’s (Eric Godon) pet project, thus unleashing a zombie pandemic inside the (sort of) sterilized building. 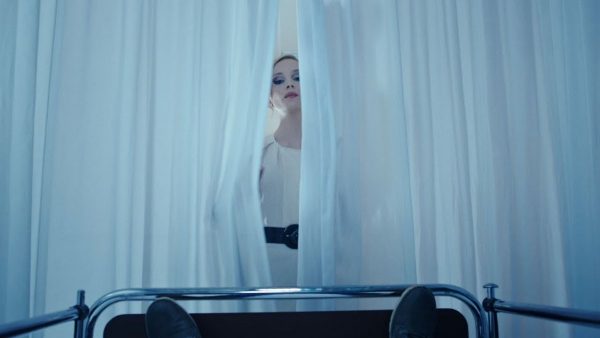 Cutting right to the chase, Yummy is a bloody-rewarding zombie comedy when it comes to fatalities. Operating rooms are mined for death-bringing implements outside your run-of-the-mill dismemberment or devoured human meats. One specific demise involving a liposuction machine and the reverse function made me wince, burst out laughing, and clutch my stomach. Reanimated corpses are layered thick with grotesque body-rot, remembering “Rib Cage Man” or a legless former nurse (maybe patient) chowing down on decaying slop as mucus-green bile oozes from her exposed torso wound. It’s the opposite of “yummy,” which is my highest compliment.

Also? Props to Damoiseaux for offering equal-opportunity exposure of naughty bits in the form of excruciating harm done to a man’s tallywhacker. Too often, women are the subject of perverse pain-infliction. It’s such an odd hone-in, agreed, but one that proves how Yummy is trying to think differently. Female patients in exposed gowns still flash the camera once or twice, but never through a skeevy, gratuitous lens. It’s the males in Damoiseaux and co-writer Eveline Hagenbeek’s story who befall exploitation. For better (us) and worse (them). 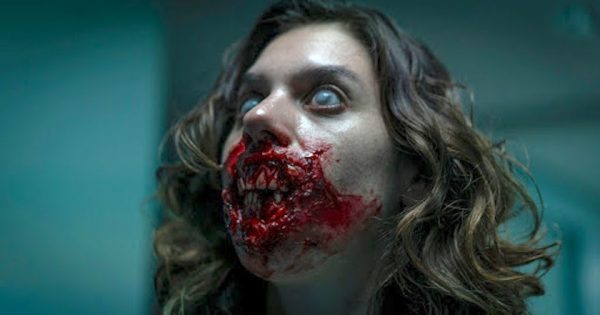 Thus brings us to the relationship between Alison and Michael, defined by Micahel’s undying support and Alison’s stronger wills. Michael clutches an engagement ring throughout his apocalyptic nightmare, but Damoiseaux avoids a more typical interlude where the two heroes fall into romantic doe-eyes despite ruination abound. Michael is utterly useless. There’s no arc where Michael proves chivalrous worth through survival machismo. It’s quite the opposite. Michael showcases his buffoonery and lameness, almost getting Alison and their crew killed multiple times. Maybe it’s electrocuting himself comatose, or allowing bad-boy Daniel (Benjamin Ramon) to make passes at Alison without confrontation. Once again, the men in this film are *useless* enough to earn no reaction upon death. Alison rolls her eyes, adjusts her bra straps, and rushes back into battle.

Characters are mainly abhorrent because, well, half of them created a zombie virus by tampering with stem cell research while the others are plastic surgery addicts. Damoiseaux’s cast is a petri dish of mistrust, egotism, and preservation. From hidden conspiracies to a penis-enlargement patient’s worst fears coming true, Yummy‘s pitch-black humor promotes cruelty. Comedy is mean, revolting at times, but that’s because these characters aren’t worth adoration. They’re supposed to be reviled as much as the visuals strung across hallways like Christmas garland. It’s the reason we can laugh as a doctor shoves his arm into an industrial paper shredder to prevent infection spread, but also why some might not be able to invest in persons who deserve their situational fates. 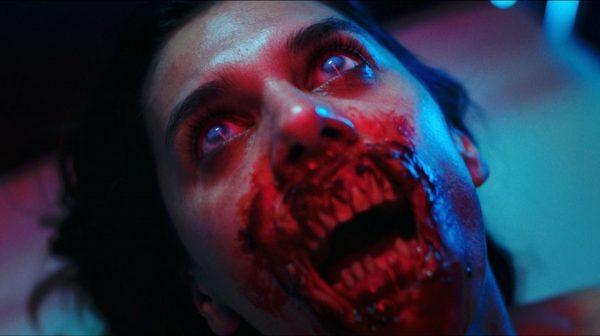 Yummy is a festering buffet of zombie carnage and medicinal mayhem, benefitted by efficiencies across the board. Nico Renson’s original score keeps tempo with the film’s frantic pace, energetic with a rockstar boost. Daan Nieuwenhuijs’ cinematography bounces alarming red lights off drab hospital interiors, filling dead space with represented dread. Lars Damoiseaux might not slice into undead subgenres with surgical precision, but his execution is still a cut above. So are his executions. I’m not sure you’ll be craving something delicious after Yummy, but this unscreened SXSW Midnighter asserts why the festival slated it for rambunctious 12AM crowds served beers and junk food treats.