DeNA Co. and the Pokémon Company have announced that Jessie, James and Meowth of the infamous Team Rocket have been added to a new in-game story event in Pokémon Masters.  Titled Double Trouble, this in-game event is available now and runs until 17th September and will provide players with a feisty reward that should not be missed.

This new in-game event is available to those who have completed Chapter 1 of the Main Story and will follow the adventure of our favourite trio of baddies as they go on a search for a shiny version of the Mythical Pokémon Celebi.  Players who complete this event will have the chance to add Jessie & Arbok to their teams. 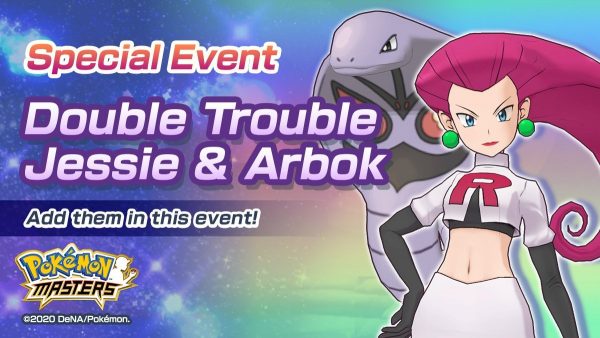 DeNA has also announced that the following content updates are now available:

Pokémon Masters is available now on Android and iOS devices.