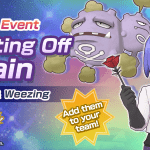 DeNA has announced that Team Rocket’s James and Weezing have arrived on Pokémon Masters EX and have been added to the special story event ‘Blasting Off Again’ and join Jessie and Meowth in disrupting the fireworks festival on the island of Pasio.  The event runs until 25th January and completing it will reward players with […]

DeNA Co. and the Pokémon Company have announced that Jessie, James and Meowth of the infamous Team Rocket have been added to a new in-game story event in Pokémon Masters.  Titled Double Trouble, this in-game event is available now and runs until 17th September and will provide players with a feisty reward that should not […] 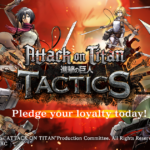 Mobile games developer DeNA has announced that pre-registration for Attack on Titan TACTICS is now available on Google Play in the US, Canada and Australia.  This free to play real-time strategy game based on the popular anime series will have players defending their base from the onslaught of Titans.  A new trailer celebrating the game’s […] 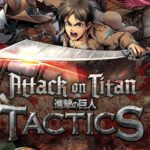