Robert Kirkman, the creator of The Walking Dead, says he supports the changes the show has made over the years. 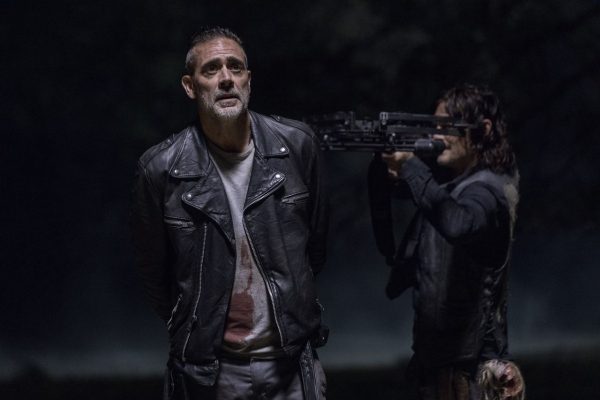 Since its inception, AMC’s The Walking Dead has diverged in a number of ways from Robert Kirkman’s comic series, this includes killing off characters that hadn’t died in the books.

While some might think Kirkman would have an issue with the show not remaining faithful to the source material, he has revealed on a live stream Q&A hosted by Hey Fandom! (via ComicBook.com), that he is behind the idea:

“Being in the writers room as long as I was, it was a real thrill to me to be working with seven professional writers all in a room tearing my comic book apart. It seems like it’s an absolute nightmare, but it was really great and rewarding to have them go, ‘This story worked because of this, and we can change this this way because of that, and this really worked well, and we can make it better by adding this.'”

He added that it was a “great learning experience” watching the show’s writers “dig into material that was, in some cases, seven, eight, ten years old. So I was going, ‘Oh, yeah. I barely remember that, let’s change that. That’ll be fun.’ It was a great process.” 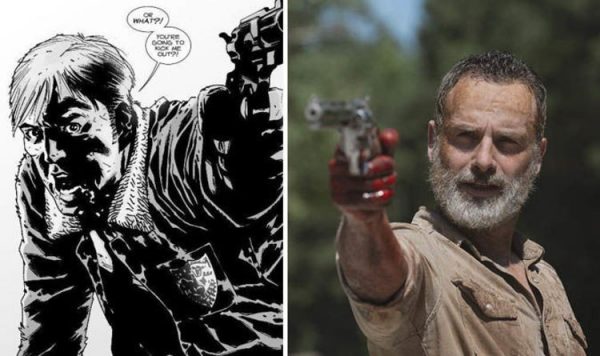 He did say, however, that he stood up for certain moments from the comics staying intact: “There are moments where I would say, ‘Okay, we need to keep this one pretty close, and everybody would agree.’ I don’t want fans to think I was some kind of madman tearing my material apart. I very much considered myself a steward of the brand and to try and protect these stories — not that they need any protecting, per se — but just to pay tribute to the fans that have supported the material.

“There are things in The Walking Dead that a Walking Dead fan is definitely going to want to see adapted into the show, and we try to do that as much as possible. So there are things that did get adapted directly, it wasn’t all completely throw caution to the wind. But there were so many times where I’d be like, ‘Just kill ’em, it’ll be great. They were a big character in the comic, but [it will] blow people away if they die after two episodes. It’ll be hilarious, let’s do that.'”

Do you like The Walking Dead‘s changes compared to the source material? Let us know in the comments below and on social media @flickeringmyth…