Anne Hathaway, who has collaborated with Christopher Nolan on two occasions, explains why he doesn’t allow any chairs on set.

Christopher Nolan is known for working with big name actors on multiple occasions. His ability to be able to lure back the likes of Michael Caine, Christian Bale, Tom Hardy and Cillian Murphy on several different projects speaks volumes of his ability and relationship with his stars.

Anne Hathaway has worked with Nolan twice, on The Dark Knight Rises and Interstellar, and she has explained why Nolan doesn’t allow any chairs on set. Speaking to Variety, the actress said:

“Chris also doesn’t allow chairs. I worked with him twice. He doesn’t allow chairs, and his reasoning is, if you have chairs, people will sit, and if they’re sitting, they’re not working. I mean, he has these incredible movies in terms of scope and ambition and technical prowess and emotion. It always arrives at the end under schedule and under budget. I think he’s onto something with the chair thing.”

UPDATE: With Hathaway’s comments prompting a rather vocal reaction on social media, with questions raised about working conditions on Nolan’s sets, the filmmaker’s reps have released an official statement to clarify:

“For the record, the only things banned from [Christopher Nolan’s] sets are cell phones (not always successfully) and smoking (very successfully). The chairs Anne was referring to are the directors chairs clustered around the video monitor, allocated on the basis of hierarchy not physical need. Chris chooses not to use his but has never banned chairs from the set. Cast and crew can sit wherever and whenever they need and frequently do.” 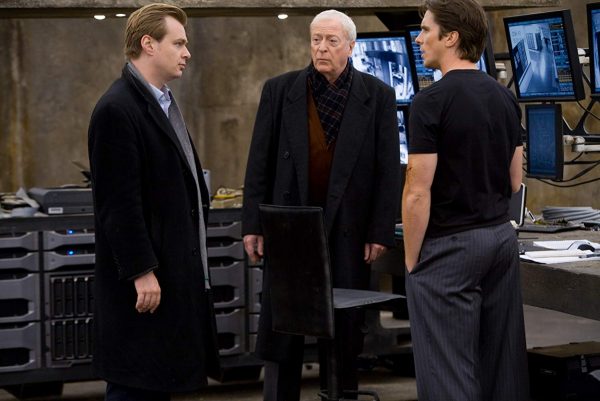